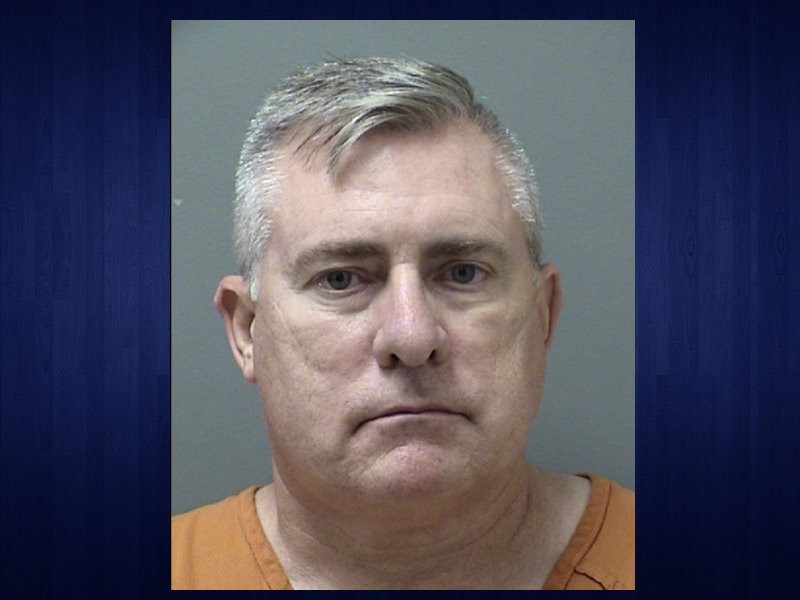 A Forsyth County officer has been arrested on charges of child pornography. A search of the home of Chief Deputy Grady Sanford uncovered enough evidence to arrest him early this morning at his residence in Canton.

Last week a report was sent to the Georgia Bureau of Investigation (GBI) that child sexual abuse images had been uploaded to the internet and the computer’s IP address was at a home in Cherokee County. The report came from the National Center of Missing and Exploited Children (NCMEC). The GBI immediately began investigating the images and the individual at the known address.

Earlier today, the GBI contacted Forsyth County’s Sheriff Ron Freeman to alert him that they had been issued a search warrant of the Cherokee County home and it involved one of his employees. After the search warrant revealed probable cause to make an arrest, Sheriff Freeman immediately terminated Sanford.

Sheriff Freeman issued a statement regarding the incident. “To say this is a shock is a gross understatement. We intentionally set our standards high at Forsyth County,” says Freeman. “Regardless of rank, every employee must meet those moral and legal standards.  There is no room for this type of crime in our state, and certainly not in the law enforcement profession. Our trust and that of our community has been betrayed. I’ve made a commitment to be transparent, even when one of our own employees does wrong. No one is exempt and no one is above the law.”

Sanford was charged with two counts of distribution of child pornography and booked into the Cherokee County jail. He was released on a $5,600 bond.

The case is being investigated by the GBI.

Anyone with information about other cases of child exploitation is asked to contact the Georgia Bureau of Investigation Child Exploitation and Computer Crimes Unit at 404-270-8870.