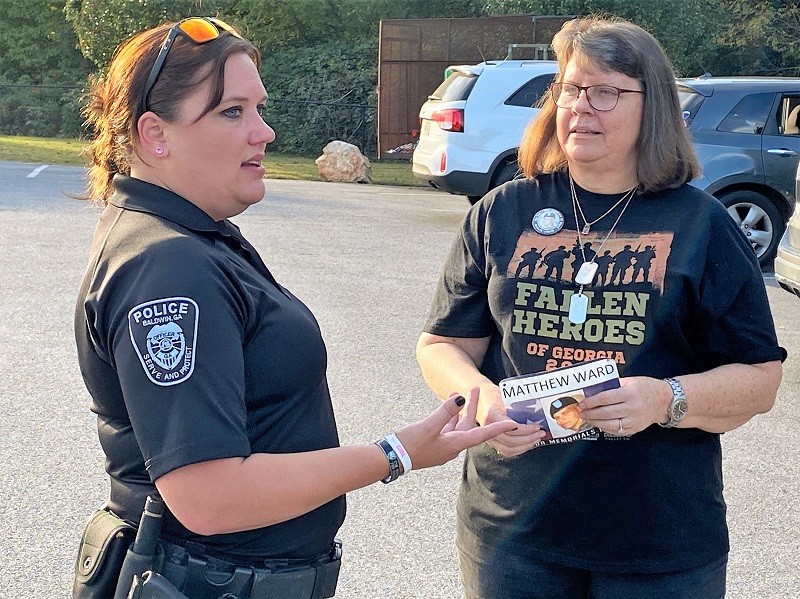 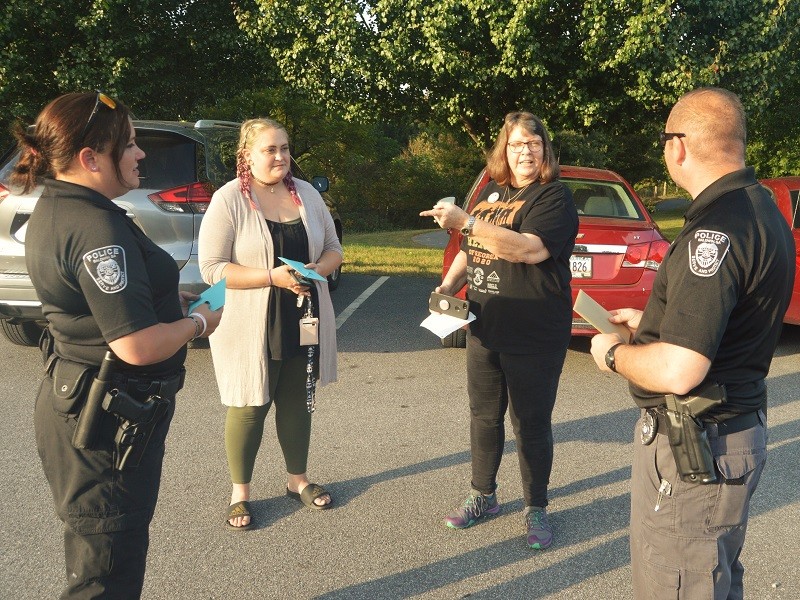 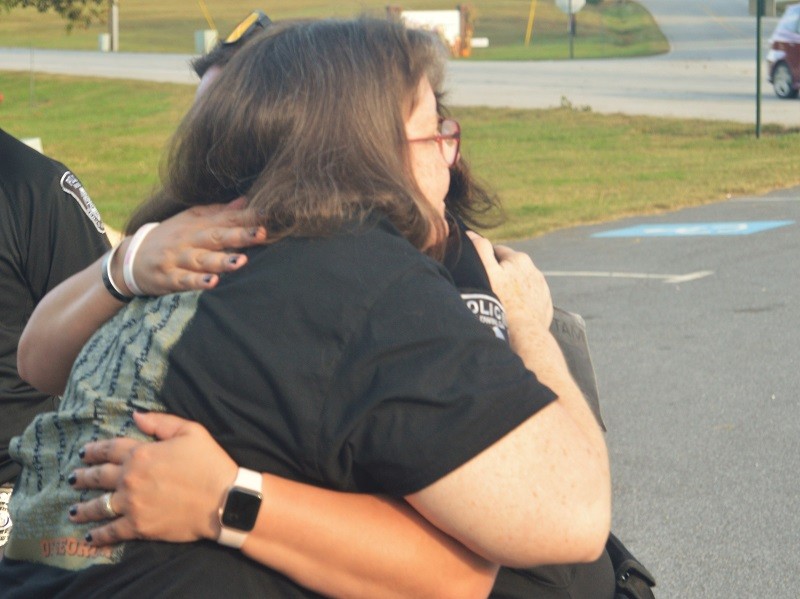 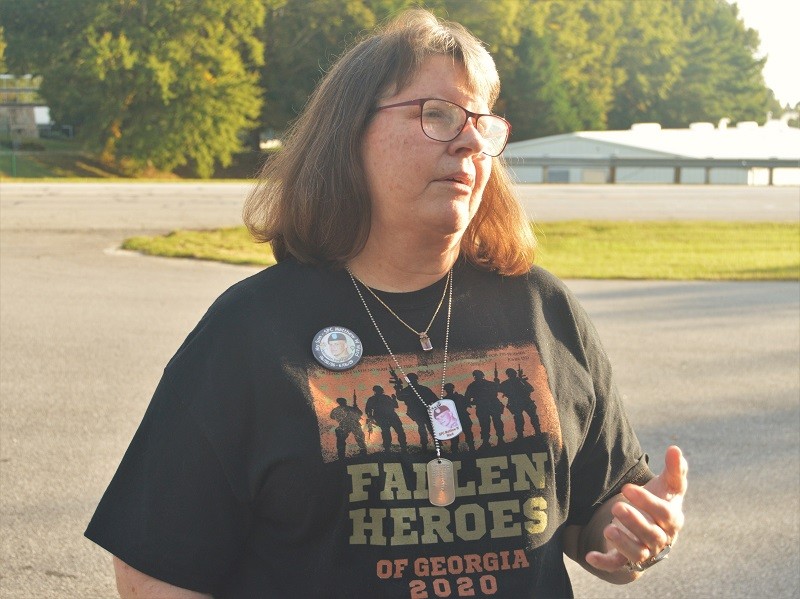 BALDWIN — Losing her son during his time in the U.S. Army was devastating for Sissy Lewis of Alto, but over the past few days Lewis was reunited with special photographs of him, including his funeral service, as well as important documents.

A graduate of Chestatee High School in Hall County, Spec. Matthew Warren Ward died on his 23rd birthday, June 6, 2009, from complications of an injury received during his service with the 632nd Maintenance Company, 87 Combat Sustainment Support Battalion, Fort Stewart.

An apparent Goodwill thrift store find by Brittany Wade of Baldwin recently triggered a series of events that united the Ward materials with his mother Sissy.

“I found the USB in my stuff and I thought it was mine, so I put it in the computer – but it wasn’t mine,” Wade said. “I saw a couple of pictures and then other stuff so I knew that it was very, very important, so I took it to Baldwin Police Department hoping and praying that they would find who it belonged to.”

Lewis said some of the pictures are irreplaceable.

“Those pictures on there, one of them was of my son Matthew giving me a hug showing his face and it was the last hug that I got before he got deployed to Iraq,” Lewis said. “That’s huge. There are other pictures on there from the memorial service, from the funeral itself, that I didn’t have copies of. They were gone, and to have them back, I just cried when I saw them again. It’s awesome.”

Lewis met with Wade, Baldwin Police Officer Kristy Lang and Interim Police Chief Matthew Nall Thursday night in Baldwin to thank them for their part in bringing her son’s photographs and documents home to her.

“These documents, I knew I had on a computer or something and I hadn’t seen them in probably 8-9 years,” Lewis said. “They were on a little dinky flash drive that I had misplaced, and I had donated a bunch of items to the local Goodwill. Evidently, Brittany ended up with it in something that she purchased because three months later I get Kristy [Lang] coming into my office.”

Lang, who joined Baldwin P.D. three months ago, said seeing the USB flash drive returned to Lewis was the highlight of her time with the department so far.

She ultimately credits social media with providing the contacts needed to locate Lewis after job and telephone number changes.

“It was very important,” Lang said. “It absolutely led us to help find her, and it was extremely worthwhile and extremely rewarding to be able to return this to her. The look on her face when we returned it to her was everything – the most worthwhile call that I’ve experienced since I’ve been in Baldwin.”

Lang shared more about why locating Lewis was so important to her personally.

During her quest to find Lewis, Lang ran into several dead ends with telephone numbers out of service or an address change, but said those challenges pushed her to continue because of the importance of the contents of the flash drive.

Lewis said both Wade and Lang are now important parts of her life and that the three are bound together by the experience.

“To know that [Lang] put that detective hat on and did what she did, I’m amazed,” Lewis said. “And she’s my best friend for life now. That’s how much it means to me.”

Similarly, Wade said the occasion brought happy tears to her.

“I’m speechless,” Wade said. “I almost want to cry too. I’m so happy for her. I didn’t want anything. I just wanted to know she got it.”

Nall said the recognition of Lang highlights the dedication of Baldwin police officers that often goes unseen by the public.

“This means a lot to our department,” Nall said. “I couldn’t be more proud of our officers. Honestly, we love seeing happy endings to these things. This is why we got into this work is because we love to do good and we love to help people, and this was a perfect opportunity to do just that.”

Nall said Lang’s work to reunite the flash drive with its owner is just one example of how Baldwin officers work to serve the community.

“Every one of my officers is always willing to go above and beyond, and I truly appreciate that,” Nall said. “I walked in that morning and [Lang] was on a mission and I just had to help. I couldn’t ask for a better staff.”