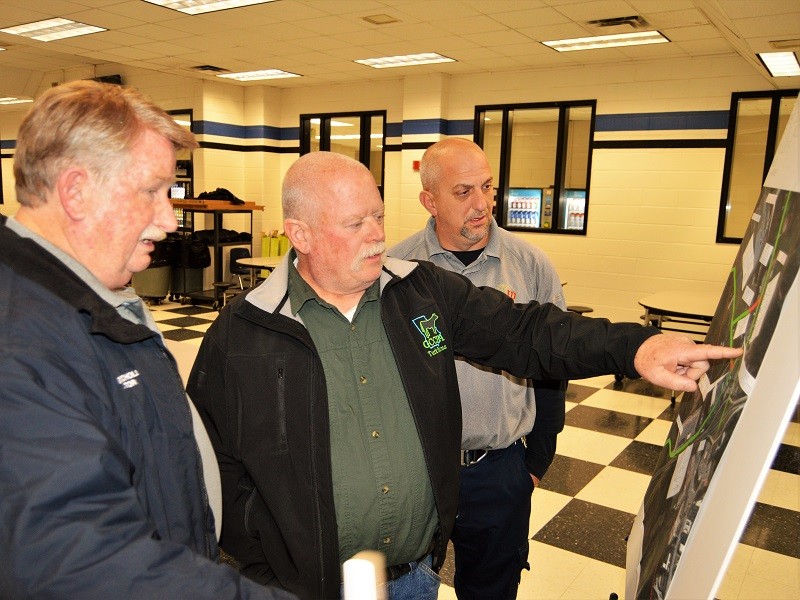 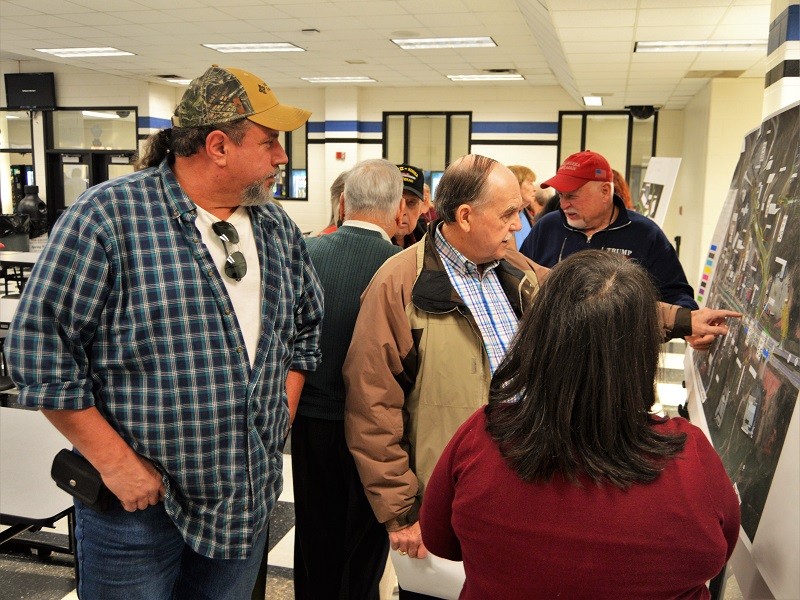 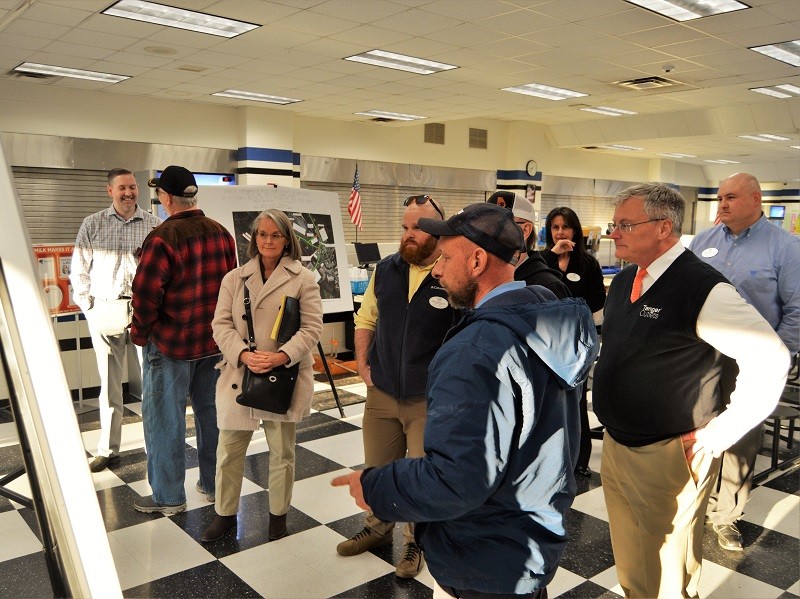 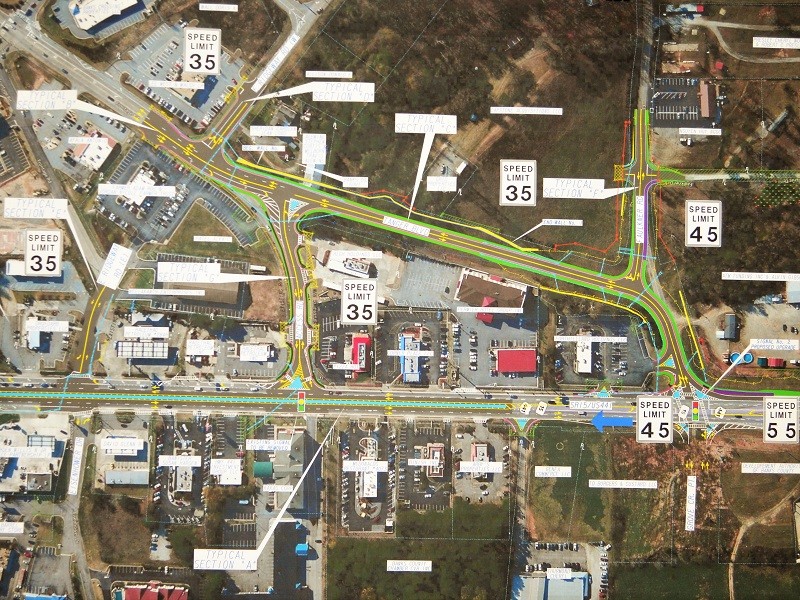 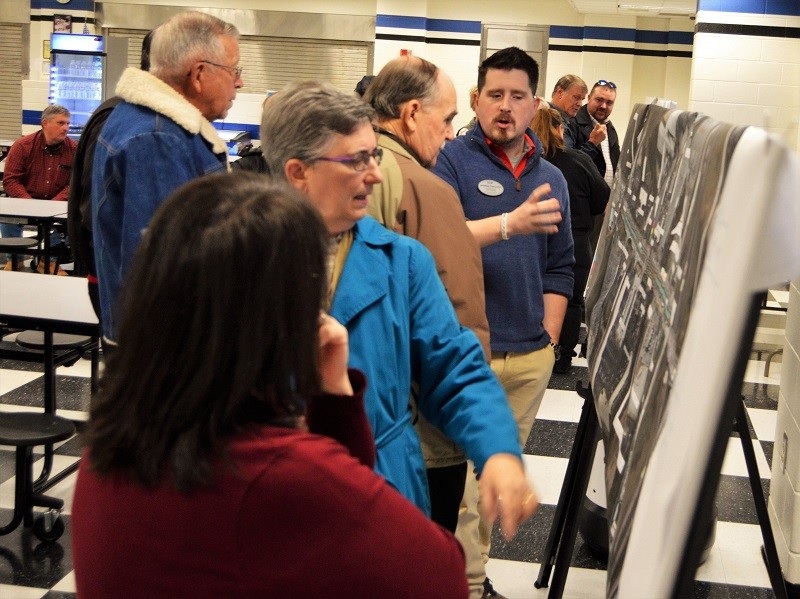 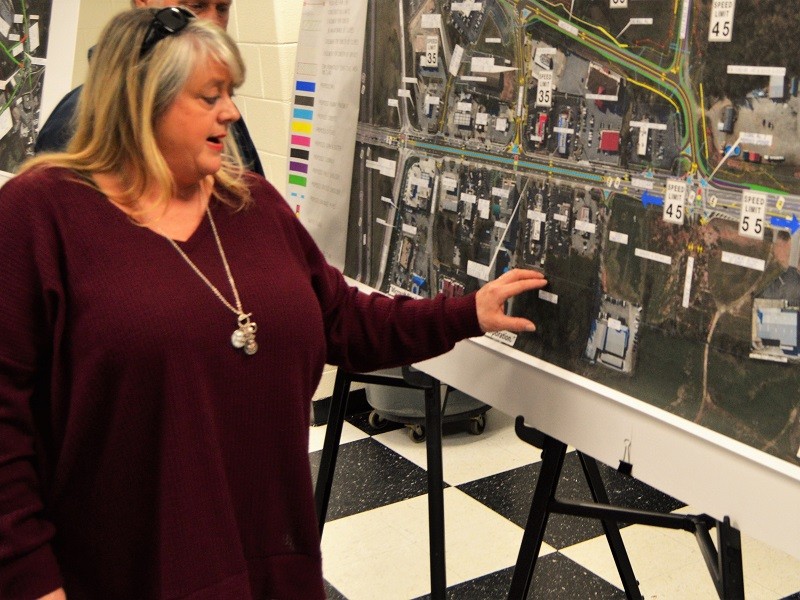 HOMER – A raised concrete median is coming to Ga. 15/U.S. 441 through Banks Crossing, but how it will be configured is in the review phase.

Tuesday night, Georgia Department of Transportation officials held a public information open house at Banks County High School to answer questions and accept input on its plans to place a raised median from the Jackson County line south of Interstate 85 to Faulkner Drive north of I-85.

“Looking at these plans today, they’re nice plans and I know that it’s inevitable that we’re going to have a median down our road and I’m just trying to look at it and see what we can maybe change for the businesses down there and to get the traffic flow a lot easier,” said Banks County Commissioner Danny Maxwell, who said he wants to meet further to discuss the county's options.

The planned raised median would eliminate virtually all left turns, requiring right-in access and right-out exit from businesses where no traffic signal is located. Additionally, it would add new striping, crosswalks and ADA-compliant ramps along Ga. 15/U.S. 441.

“I think there’s a lot of work that’s got to be done to this thing,” said Banks County Commissioner Charles Turk after reviewing the projects. “They’ve decreased the median wall down to six inches. I think that’s not real good for public safety trucks and so forth; and I really worry about the north end how it’s going to do the restaurants, gas stations and motels – how much it’s going to affect their business. I hope they get it back to the drawing board and look at it a good bit.”

One concern was the area of Industrial Park Road, where Banks County Fire/EMS Station 31 is located. The road currently sees 30 large trucks from a business adjacent to the fire station now, and that number will grow to at least 110 per day in the coming months, a business operator told those gathered.

Turk said GDOT needs to be open to moving the current traffic signal near QT, which is located between two private properties, up the hill to Industrial Park Road, which he believes will better serve the county and address other safety concerns.

While GDOT engineers have not determined where a truck turnaround will be located south of Interstate 85, it could be as far as into Jackson County.

Additionally, Turk and Fire/EMS Chief Steve Nichols discussed the impact the proposed median will have on the county’s emergency personnel trying to access scenes in the Banks Crossing area.

“I have a lot of concern about that and the emergency vehicles from Station 31 coming out and trying to work an emergency north going toward 85 and across 85 with all the traffic, because we’re cutting out the turning lane, which is what they use for the most part being able to travel north going up 441 North whether it was a med call or a fire call,” Turk said.

“There are some concerns from emergency response with the area they’ve got marked off,” Nichols said. “I look forward to maybe meeting with them again in the next couple of weeks before they finalize their plans to hopefully have some input into it.”

Resident Chris Ausburn said he is very concerned the truck stop located on Ga. 15/U.S. 441 at Banks Crossing, one of the first businesses to locate there, will be forced out of business by the GDOT projects.

“I think the truck stop will be dead,” Ausburn said. “The business there will be devastated. There’s no way trucks can go south and turn around. And I also believe that at Industrial Drive we’re going to have to look at an option to put a red light there, and they’re really not open to those options. The county spent millions there to develop that land and we’ve got to do something or it’s going to kill it.”

Alicia Andrews, executive director of the Banks County Chamber of Commerce/Convention and Visitors Bureau, also weighed in on the planned median and traffic safety restrictions.

“I understand the reason for this,” Andrews said. “It’s all about the safety of getting people on and off U.S. Highway 441 and I-85.”

Like others, Andrews expressed concerns about the intersection of Industrial Park Road, whether emergency responders will be able to navigate the Banks Crossing area with the additional limits on movement and potential impacts on businesses in the busy corridor.

“Some of the biggest concerns I have are Industrial Park Road and emergency vehicles getting on and off in that area, and the traffic patterns that everyone is just going to have to get used to because when it comes down to it, it is a safety issue,” Andrews said.

Andrews, like others, said she’s afraid the planned median wall will negatively impact some of the tax base at Banks Crossing.

“Will it hurt some of the businesses?” Andrews said. “I really do believe it will, and I hate that. You never want to put any business out of business, but I hope that we can adjust and take this and make it a potential better thing for our county.”

Overall, officials said they believe the meeting was productive, and they hope the concerns raised will be incorporated into a revised plan that is better for the county.

“I think there was a lot of good input tonight from a lot of different people, so I hope they’ll take a lot of that input and try to refine it a good bit,” Turk said.

“Safety is a main issue here, and that’s what this is all coming from,” Maxwell said. “We’ve got to go along with most of everything they are doing, except where we do have some problems, we would like for them to listen to us and see if we can’t get some changes made.”

Comments on the proposed safety improvements to Ga. 15 (Operational Improvements Projects 0015670 and 0015000) will be accepted until Tuesday, Feb. 4, by using one of the following methods: