Basketball: Lakeview gets key 8-A sweep over Commerce 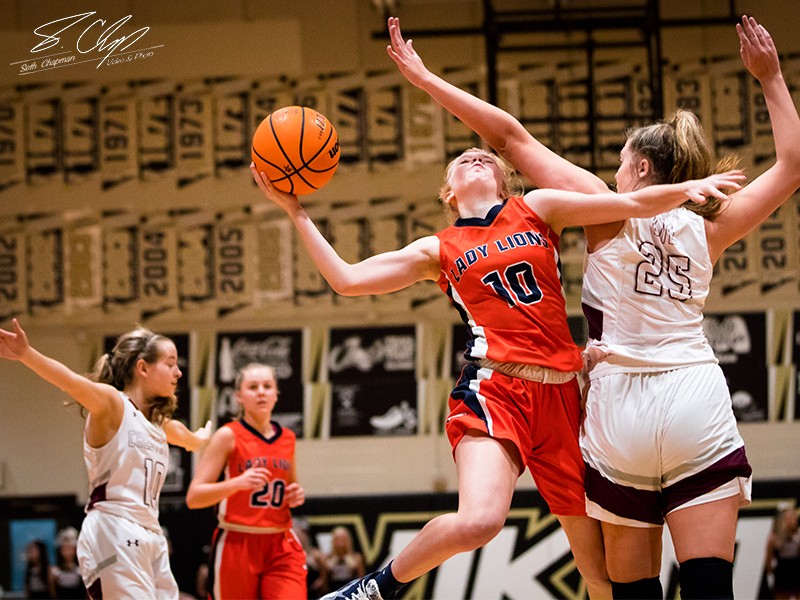 GAINESVILLE — Both the Commerce and Lakeview Academy boys teams were the big surprises of Region 8-A coming into their key Region 8-A showdown Friday night at the Lakeview gym.

The Tigers came in having won 7 of their last 9 games overall and had already tripled their win total from last season. The defending region champion Lions, meanwhile, had dropped five straight and sat near the bottom of the region standings.

But Commerce boys coach Russ Gregg said Lakeview was better than its record. The Lions proved Gregg right taking a much-needed 73-61 victory in a game they led nearly from start to finish.

Rising star in junior Declan Weidner had another big game for Lakeview (6-12, 1-2 Region 8-A) with 26 points, 13 coming in the fourth quarter as they held off a furious Commerce rally.

“Declan is a really good player and I thought he played a complete game tonight,” Lakeview coach Todd Cottrell said. “He’s had to make some adjustments with the changes we’ve had and he’s been kind of the guy we lean on.”

The Tigers did get within 12-8 a minute later but the Lions responded with a 13-4 run into the second quarter. Lakeview pushed its lead to 28-14 on a three-point play by Weidner but the Tigers again clawed back getting to within 35-28 before the Lions took a 39-28 lead into halftime.

The teams’ jockeyed back-and-forth in the third quarter with Lakeview leading by as many as 12 on two occasions and the Tigers pulling within 51-46 with a pair of steals and layups to end the period. But that’s as close as they would get.

Poor shooting was the culprit for Commerce. The Tigers missed seven layups in the first half and 11 for the game. They also were just 7-of-18 from the free-throw line for the game.

Meanwhile, Weidner alone went 7-of-8 from the line in the fourth quarter and the Lions hit 12-of-14 free throws for the game.

“The key I think was we played from ahead, which we haven't been able to do for a while,” Cottrell said. “And we played with more competitiveness than we have in a while. We’re still missing a couple of key players and we’ve had to make some adjustments. But I think this could be the kind of game that gives us some momentum.”

Stewart finished with 17 points and 10 rebounds while Conley Millwood and Roman Yaskulka each had 8 points for Lakeview.

Commerce was paced by freshman Jackson Morris with 16 points. Tyelon Brock had 11 points and Ian McConnell had 10 points for the Tigers.

The Lady Lions used a 24-0 first-half run to erase a first-quarter deficit en route to a big Region 8-A win at home.

The two teams were tied three times and traded five early lead changes with the Lady Tigers taking a 13-12 advantage on a Bryanna Sanders basket with 2:22 left in the first quarter to cap a 6-3 run. That would be their final lead.

The Lady Lions exploded for the big run on the strength of five 3-pointers -- two by Eliza Snyder and one each from Jackie Allen, Ellie Kate Madonna, and Joelle Snyder -- over the next 7:57 deep into the second quarter. The dust did not settle until Commerce’s Maggie Mullis scored with 2:25 left in the half to cut the Lakeview lead to 36-15.

Lakeview’s defense helped fuel to big run creating nearly a dozen turnovers, including 7 steals. The Lady Lions took a 41-15 lead into the intermission.

“It was a combination of both things, really,” Lakeview Academy coach John Carrick said. “For us, it’s about hitting shots and we did that. I thought we played good defense at times.”

The Tigers never got closer than 21 the rest of the way. Lakeview led 57-27 at the end of the third quarter.

The Lady Lions also remained unbeaten at home. They are now 9-0 at the Lakeview gym.

Eliza Snyder poured in 22 points to lead Lakeview. Joelle Snyder added 21 points and Madonna had 9 for the Lady Lions.

Both Lakeview teams will be back in action on Saturday in another Region 8-A game against Athens Christian. The girls tip-off at 2 p.m. with the boys to follow.

Commerce travels to Prince Avenue with the girls game beginning at 6 p.m. and the boys to follow.