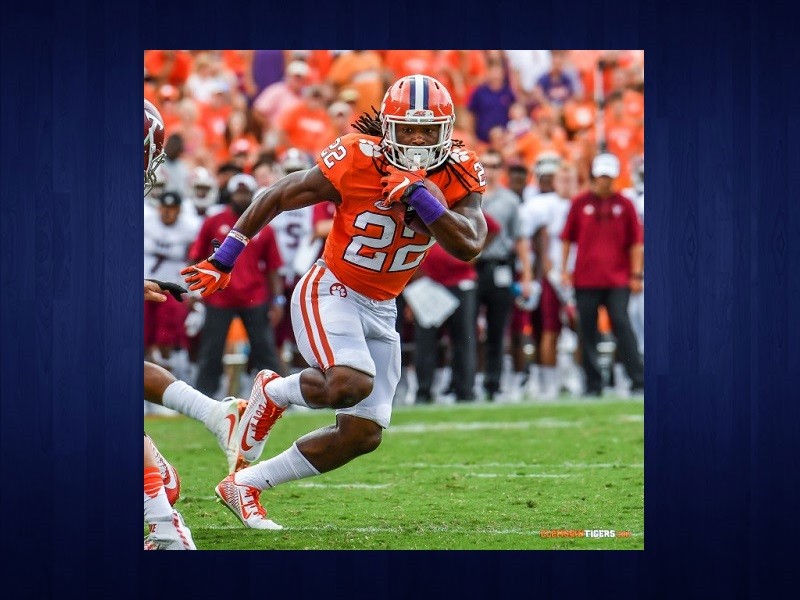 A former standout athlete lost his life in a drowning near the swimming area of Richard B. Russell Park in Elbert County Friday.

Dye played football for Clemson University as a running back from 2014 through 2016, then transferred to East Carolina in 2017. He formerly played football, basketball and competed in track and field at Elbert County Comprehensive High School.

“Our 9-1-1 center got the call at 4:50 p.m., and emergency services was dispatched,” said Elbert County Emergency Services Director Chuck Almond. “That’s our local EMS, our sheriff’s office, our first responders, and then being the nature of a potential drowning, they dispatched the water rescue dive team that we have under our emergency management here.”

“At approximately 5 p.m. today, game wardens were notified by Richard B. Russell Park staff of a possible drowning at the beach area,” said Mark McKinnon of the DNR Law Enforcement Division. “The game wardens were nearby on vessel patrol and responded.”

The incident occurred in the presence of other people.

“Witnesses on scene stated that a 25-year-old male was swimming in the swim area and attempted to swim across the creek,” McKinnon said. “He went under in 20 feet of water and didn’t resurface. Game wardens used sonar and located the body within 15 minutes.”

Almond said DNR rangers were able to see and mark an image of the submerged victim.

“That’s where we had two of our divers go down to that general area where they had marked and located Mr. Dye at 5:54 p.m.,” Almond said. “His family has been notified of his death. It’s been ruled as an accidental drowning – a witnessed drowning.”