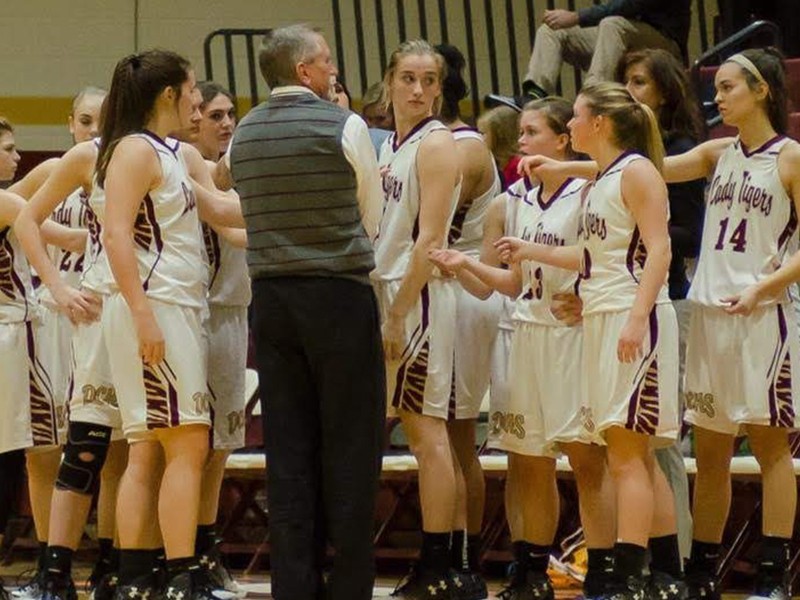 In 2018, when Flowery Branch girls coach Courtney Newton-Gonzalez guided her team to its fourth straight Lanierland title, she and the Falcons tied the record for most consecutive titles with Gainesville (1992-95) and West Hall (1997-2000).

The Spartans were coached by Steve Sweat, who nowadays is leading the Dawson County girls. The feat accomplished by Newton-Gonzalez and the Falcons conjured up plenty of memories for Sweat, who also played in the tournament in 1974 as a member of the Johnson boys team.

“Lanierland always brings back good memories for me,” Sweat said. “I almost never got to play in it, though. In 1974 I was mainly a bench-guy but our coach told me I was going to start in the first game that year. It was the only game I got in and we moved before the next season.

“So when I got the chance to coach West Hall and be a part of the tournament again it meant a lot to me. To be able to win it four times was special.”

The tournament will open up on Friday at East Hall beginning with the Lakeview Academy-Chestatee girls game tipping off at 9:30 a.m. Eight quarterfinal games -- four girls and four boys -- will be held on Friday. The tournament moves to Johnson on Saturday with the semifinal round and then to Cherokee Bluff on Monday for the finals.

For the rest of the girls bracket, Cherokee Bluff and Gainesville will play at 12:30 p.m. with North Hall and East Hall tipping off at 3:30 p.m. Flowery Branch and West Hall will meet at 6:30 p.m. to close out the first day for the girls.

Like many who have coached and/or played in the annual event, which is in its 60th edition this season, Sweat always keeps track of Hall County basketball when holiday tournament time rolls around. But he also has an ulterior motive since several of the teams also are housed in Region 7-3A with his Tigers.

AccessWDUN caught up with Sweat for an extensive audio interview to get his thoughts on the 2019 girls tournament. You can click play above to hear the entire interview.

Below are some quick thoughts by Sweat on the eight girls team that made the quarterfinals:

CHEROKEE BLUFF (2-10)
Strengths: “They have a good inside-outside scoring threat.”
Weaknesses: “They need more offense behind their top two scorers.”
Need to do to win it: “They’re a young team still growing and they will need to play hard and play together to have a chance to win it.”

CHESTATEE (6-6)
Strengths: “They play well as a team and play hard. They are well-coached and Coach Shirley always has a good game plan.”
Weaknesses: “They really don’t have any big-time scorers and can struggle on offense at times.”
Need to do to win it: “The key for them will be to find multiple scorers to put pressure on the defense.”

EAST HALL (4-6)
Strengths: “I think they’re starting to play real well right now and are finding an identity. They play good defense.”
Weaknesses: “They have struggled to find a consistent offense.”
Need to do to win it: “Find some consistency on offense and play good defense. If they do that they may have a chance.”

FLOWERY BRANCH (8-4)
Strengths: “They’re the defending champions and they have a good inside game with (Ashlee) Locke and they can shoot the three. Their well-coached and play good defense.”
Weaknesses: “If they have one it’s that I don’t think they’re as quick as they have been, which has affected their press.”
Need to do to win it: “They know how to win and that means a lot in this kind of tournament. We split with them so I’ve seen how good they can be and when they haven’t played as well. If they just play their game they’ll be tough to beat.”

GAINESVILLE (3-7)
Strengths: “They can really get up and down the floor and have a pretty good press. They have a good coach that knows how to put a plan together.”
Weaknesses: “They’re not the best ball-handlers and they’ll need to cut down on the turnovers. They’ll need to get some consistent offense somewhere.”
Need to do to win it: “I think they’re at their best when they push the ball and are able to press you. If they can create turnovers and get easy baskets they can be a dangerous team.”

LAKEVIEW ACADEMY (8-4)
Strengths: “They have a winning system and a great coach (John Carrick) who knows how to get the most out of his talent. Plus they have the sisters (Eliza Snyder and Joelle Snyder) who are a great compliment on the offensive end.”
Weaknesses: “They haven’t been as consistent as the last couple of years and I think that is something that could be a factor.”
Need to do to win it: “They are a dangerous team that has everything in place -- offense, defense, experience. I feel if they can put all that together they have a real shot at winning this thing.”

NORTH HALL (8-4)
Strengths: “They can really get up and down the floor as well. (Maci) Gillespie runs the offense and (Grace) Hollifield can shoot the three. They can score.”
Weaknesses: “If they’re not shooting well then they can’t get into their defense to try and create turnovers. That was a key for us (in a 57-54 Dawson County win) when we beat them.”
Need to do to win it: “They need to push the ball and get some transition baskets off their press. Hollifield also is going to have to shoot well. But if they do that they are another team that has a real shot at this.”

WEST HALL (3-10)
Strengths: “They know how to control the tempo on offense and that will be a key for them.”
Weaknesses: “They’re still rebuilding and just don’t have enough offense right now. They can play good defense but they’re going to have to find a way to score.”
Need to do to win it: “With so many good offensive teams they may not have enough firepower really to win it. But it’s Lanierland and anything is possible. I think they’re going to be on the rise in the next few years.”