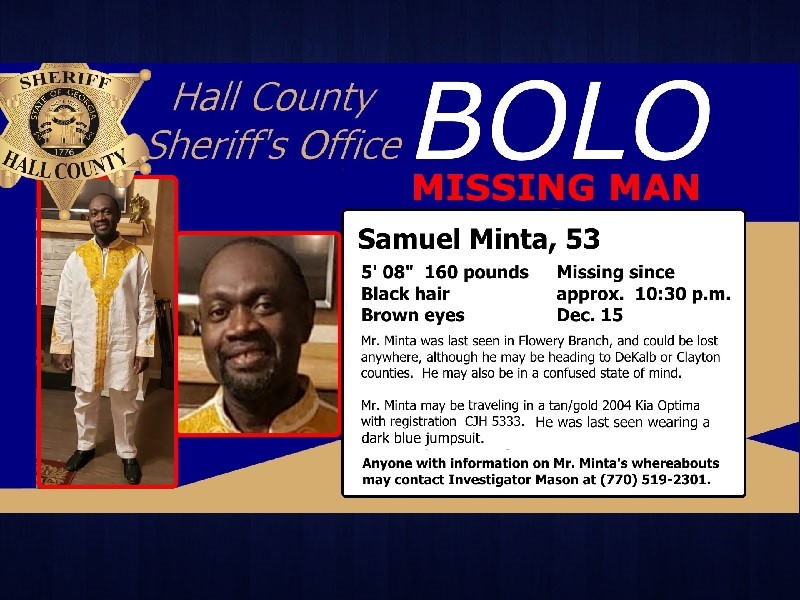 A man reported missing by the Hall County Sheriff's Office Monday night has been found safe.

Sheriff's Office spokesman Derreck Booth said Samuel Minta, 53, was found at a location in Riverdale and is doing fine.

The Hall County Sheriff's Office is asking for the public's help to locate a man that has been missing since Sunday night.

According to authorities, Samuel Minta, 53, was last seen in Flowery Branch but may be headed to DeKalb or Clayton counties.

"It is also possible he could be in a confused state of mind," a direct passage from the sheriff's Facebook page reads.

Minta could be traveling in a Tan/Gold Kia Optima bearing registration CJH 5333. He was last seen wearing a dark blue jumpsuit.

Anyone with information about Minta's whereabouts is asked to call investigators at (770) 519-2301.