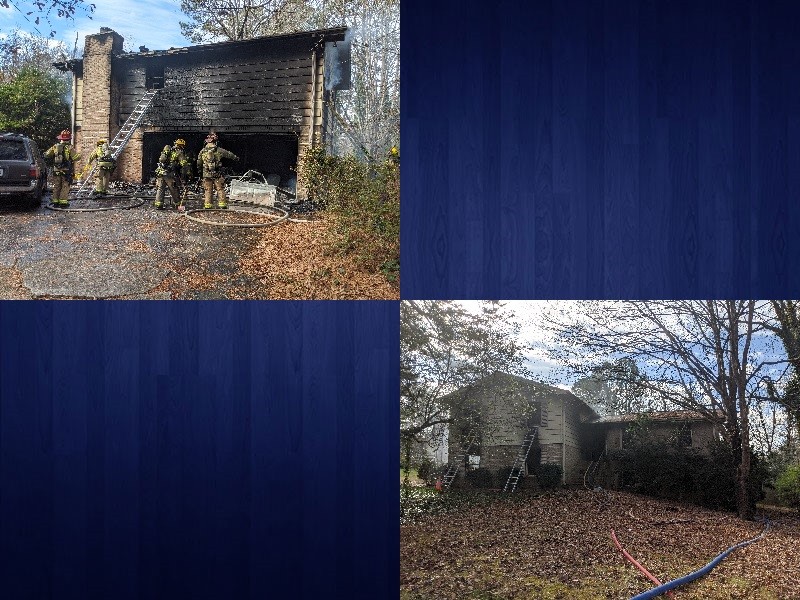 Gwinnett County firefighters were dispatched to a residence fire this morning in Lilburn involving entrapment.

According to Assistant Public Information Officer Donald Strother, firefighters were dispatched to a neighbor’s report of a fire on the 4400 blocks of Sheila Court at approximately 10:28 a.m.

"The caller to 9-1-1 reportedly saw smoke coming from the residence," Strother said. "Information received while en route to the fire advised of a person entrapped in the home."

Strother said when crews arrived on the scene, they found a two-story, single-family residence fully involved with flames.

"Per the initial Incident Commander, neighbors and police confirmed that someone was trapped inside," he said. "With rescue being the primary objective, firefighters made access through the front door and rapidly searched the immediate area with hand tools and a thermal imaging camera."

Firefighters located the unconscious homeowner on a stairwell leading down to the basement. Strother said crews then proceeded to transfer the victim's care to paramedics before putting out the fire.

"The team of three firefighters worked together to carry the patient upstairs and transfer his care to paramedics. Once the victim was removed, firefighters went into a defensive mode of operation," he said. "With three attack lines in use, fire crews were able to knock down the bulk of the fire within fifteen minutes of the patient extrication."

The cause of the fire remains unknown at this time but investigators are actively working to determine the origin.