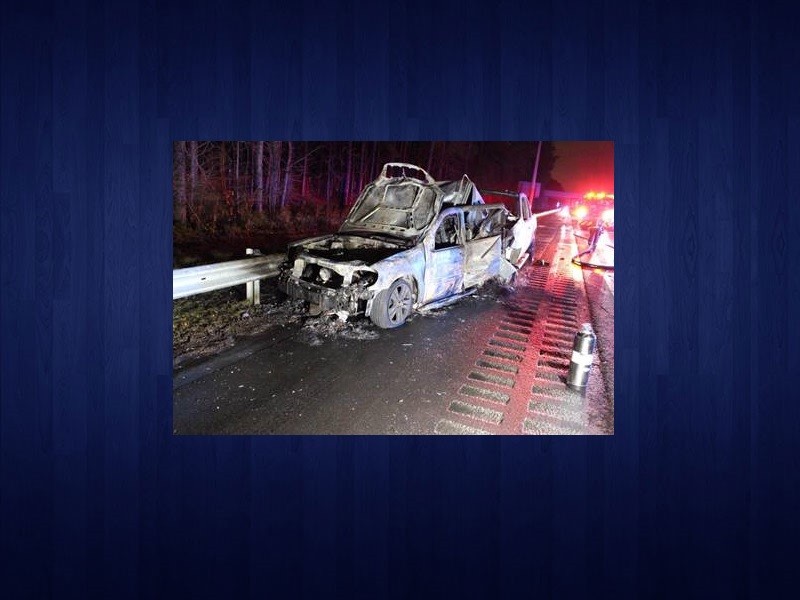 Authorities are investigating an early morning fatality that occurred on Interstate 85 in unincorporated Suwanee.

According to Gwinnett County Police Department Spokeswoman Michelle Pihera, officers believe that Clayton Dickie, 22, of Buford, was traveling northbound on I-85 near Lawrenceville-Suwanee Road when the wreck occurred.

"Clayton was driving a black GMC Sierra," Pihera said. "At some point, he left the roadway and struck an unoccupied vehicle parked along the right shoulder."

Both vehicles caught fire, and Clayton died at the scene according to Pihera — though, authorities do not know if he died as a result of the collision or the fire.

Investigators are still working to identify the owner of the unoccupied vehicle.