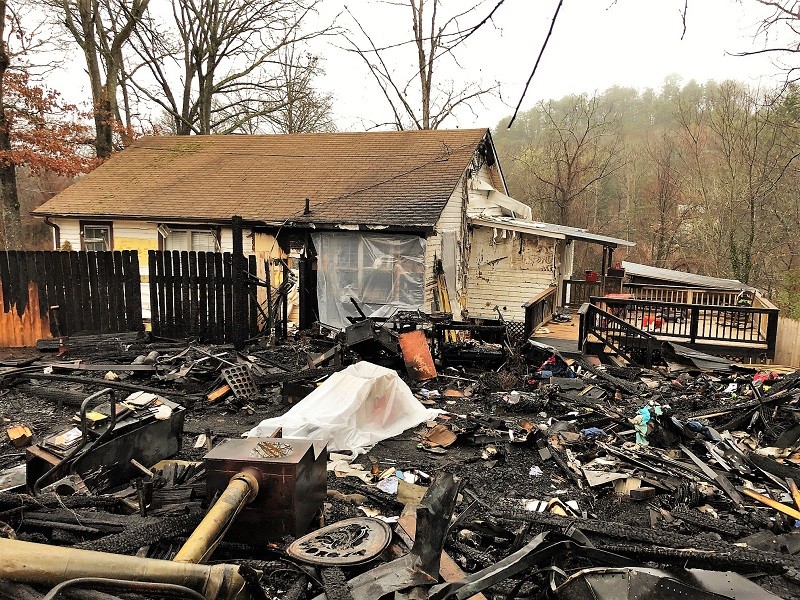 A damaged house is visible behind this destroyed outbuilding. 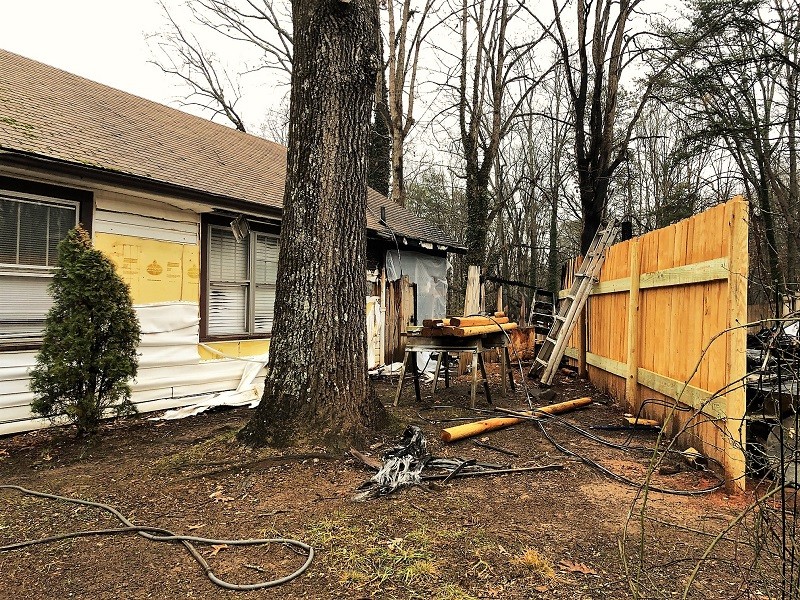 A Clayton police officer was first on the scene and reported that the structure was fully involved with fire.

“Engine 1 was the first fire unit on the scene with an outbuilding involved in fire with only one wall still standing and the residence on the property located approximately 20 feet away on fire on its exterior closest to the outbuilding,” said Rabun County Assistant Fire Chief Justin Upchurch.

All occupants of the home were out and accounted for when firefighters arrived.

“The initial attack line was placed to extinguish the house and once that was complete, [firefighters] began extinguishing the outbuilding,” Upchurch said.

Firefighters brought the fire under control in less than 10 minutes from the time they arrived.

The outbuilding was destroyed. The house sustained damage to the exterior siding, deck and two windows, according to Upchurch. Water and heat damage to the house was kept at a minimum.

Georgia Power Co. employees cut power to the house because of heat damage to the meter as well as the service line.

The cause of the fire is undetermined.