The holiday tournament season will officially start Thursday for many northeast Georgia tams, highligted by a pair of teams heading to Florida.

However, one huge region machup is on tap for Thursday as Cherokee Bluff heads to Norcross to take on Greater Atlanta Christian in a Region 7-3A battle. In the boys game, the Bears are undefeated in the early going in the region while GAC sits just one game back. In the girls matchup, a young Bluff girls team is still looking for its first region win of the season.

(See below for the entire week's schedule for area teams.)

Basketball: Schedule for Week of Dec. 9
Most regions in the northeast Georgia area have opened their schedule with some intriguing early results... 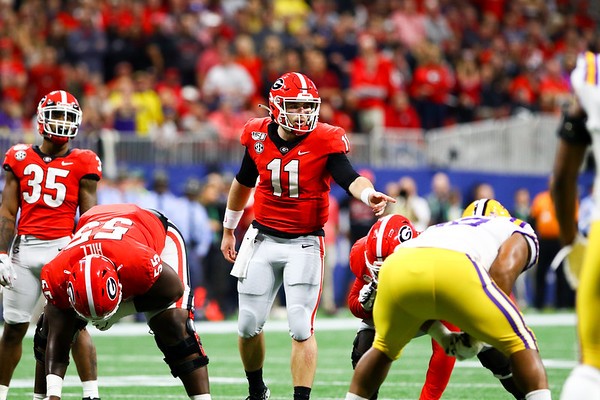 Analysis: Where do Dogs' go from here?
After an obviously disappointing showing in the SEC Championship game Saturday night -- a 37-10 beatdown at the hands of LSU at Mercedes-Benz Stadium -- the biggest question for the Georgia Bulldogs is just where do they go from here?

Ryan leads Falcons to another big win over Panthers, 40-20
Matt Ryan threw a 93-yard touchdown for the longest scoring play of his career and became the 10th quarterback in NFL history to reach 50,000 yards
Sports

Basketball: Schedule for Friday
Several northeast Georgia area teams got their region schedules under way on Tuesday and more will do so on Friday..
High School Sports

Basketball: Schedule for Friday
Several northeast Georgia area teams got their region schedules under way on Tuesday and more will do so on Friday..
By Jeff Hart
Privacy | User Agreement | Contact | Advertise With Us
2020 © Jacobs Media Corporation. All rights reserved. EEO Report. Website by Full Media
Login / My Access
close
Search