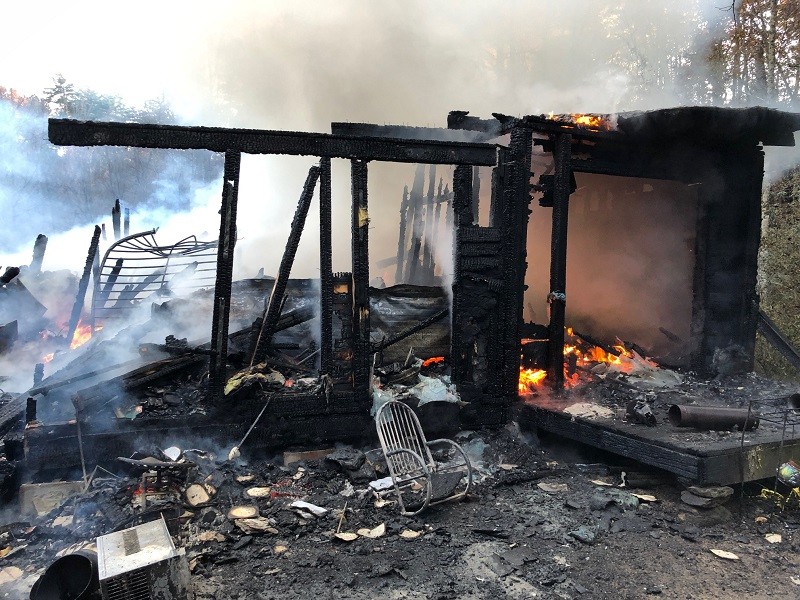 Fire continues to smolder in this home in the Warwoman community of Rabun County on Monday. 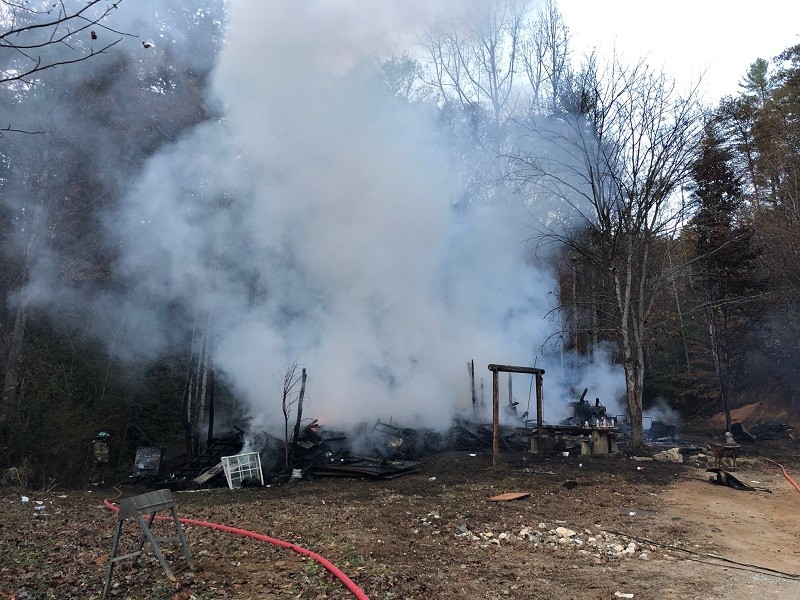 Investigators currently are probing a Monday-afternoon fire that destroyed a home in Rabun County’s Warwoman community.

“Fire Stations 1, 2, 8, and 12 were dispatched at 4:07 p.m.,” said Rabun County Assistant Fire Chief Justin Upchurch. “Engine 2 was first on the scene with a fully-involved structure and fire spreading into the woods. The roof had already collapsed at the time of the first arriving engine.”

Upchurch said firefighters established a water source a couple of miles away at Finney Creek and tankers shuttled water to supply engines battling the fire.

The Georgia Forestry Commission initially was called for the woods fire but was cancelled after the fire was brought under control.

Fire units remained on scene until approximately 7:20pm at which time the scene was turned over to our investigator as well as an investigator from the State Fire Marshal’s Office, Upchurch said.

No one was home at the time of the fire, which currently is under investigation.