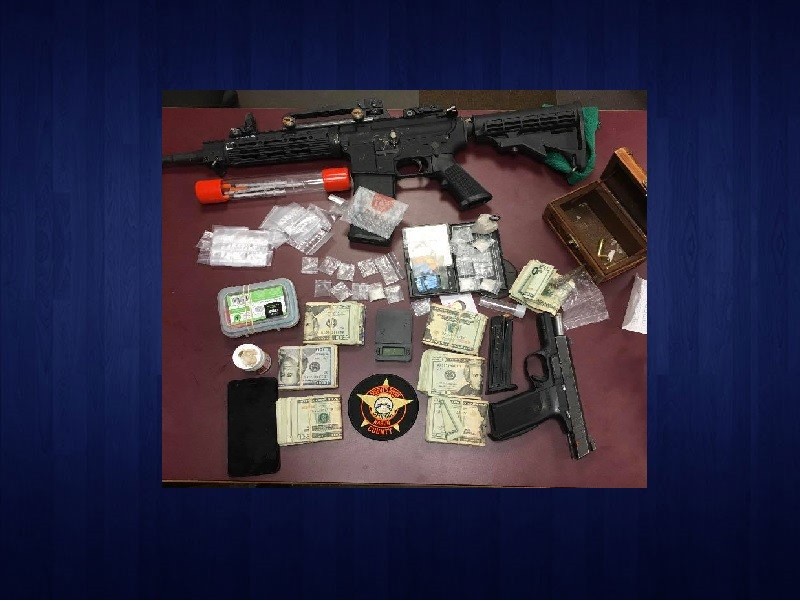 The Rabun County Sheriff's Office arrested a Tennessee man on a slew of drug-related charges after he crashed his car then fled on foot.

The lengthy list of charges stems from an October 30th incident when dispatch provided a BOLO to all law enforcement officers in Rabun County for a possible impaired driver.

"The 911 caller stated that the vehicle was driving all over the roadway. Our deputy was in the area and after observing the vehicle he initiated a traffic stop in the Wiley area," Nichols said. "Before making contact with the driver, the vehicle sped away at a high rate of speed and the deputy pursued the vehicle southbound on Ga.15/US 441."

According to authorities, the vehicle continued southbound into Tallulah Falls where the driver lost control and crashed the vehicle — the driver then fled the scene on foot.

"Deputy Hyer and K-9 Doug were requested to the scene to search for the driver. K-9 Doug sniffed out the fleeing driver and was taken into custody without incident," Nichols said. "Upon further investigation, multiple drugs, firearms, and cash were seized."

Nichols said the vehicle was also reported stolen out of Tennessee.