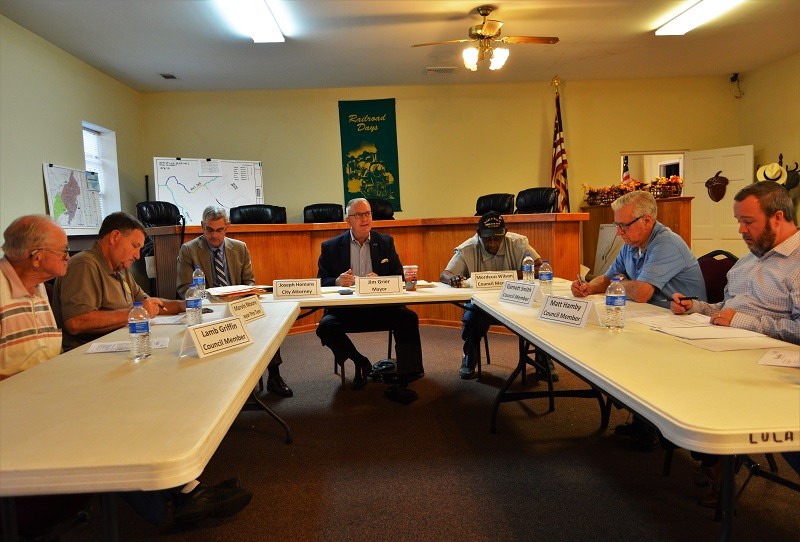 LULA – The Lula City Council could vote next week on whether to impose a temporary moratorium on so-called vape shops.

During its work session on Monday, the Lula City Council got its first look at a resolution that would impose a temporary moratorium on the acceptance of license and permit applications for alternative nicotine products.

“The council of the City of Lula finds that the city should review and study regulations and legislation to address issues related to the operation and location of establishments that sell alternative nicotine products in order to promote the public health, safety, and welfare,” that proposed resolution states.

Mayor Jim Grier said he talked with other mayors from around Hall County on Monday and the topic is on many of their minds as well.

Council members and Grier said they believe changing the proposed temporary moratorium from 60 days to 120 days to allow thorough research of the issue would be in the city’s best interest.

“There seems to be a lot of information about that floating around in the news and different outlets and we want to make sure that we have a good basis for decisions that we make about that type of business,” Grier said. “The moratorium gives us the time the information available and be able to know how we would deal with vaping type products and the sale of those in the future.”

Alternative nicotine products, as defined in the resolution, include e-cigarettes, e-cigars, and e-pipes.

“I think every government is concerned about how we could responsibly address this issue, and others will be considering a moratorium as well if they haven’t already,” Grier said.

The council will consider adopting that resolution during its regular meeting Monday, Oct. 21.