BLOG: AccessWDUN Reporter gets "locked up" at local animal shelter for fundraiser 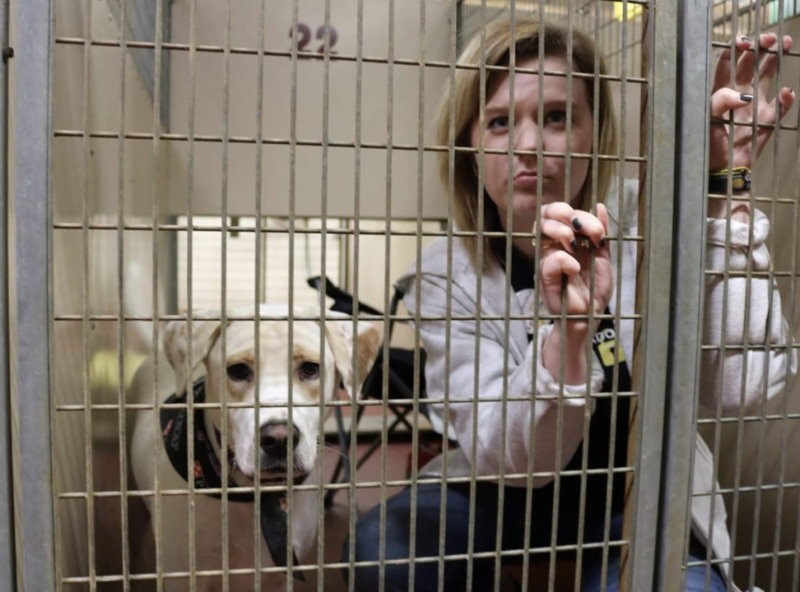 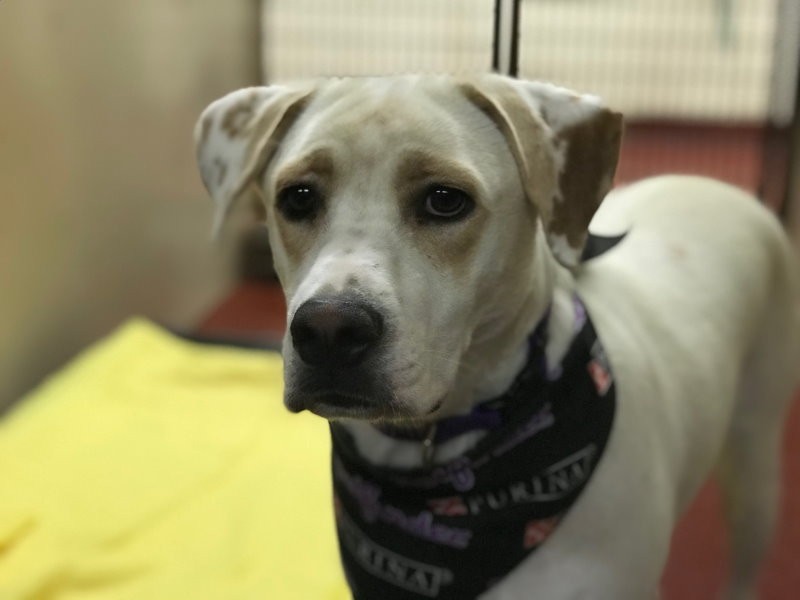 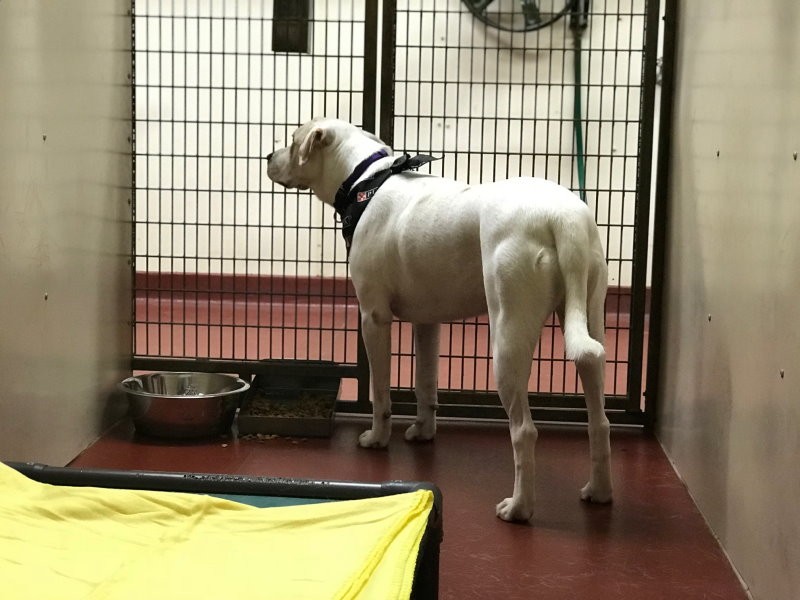 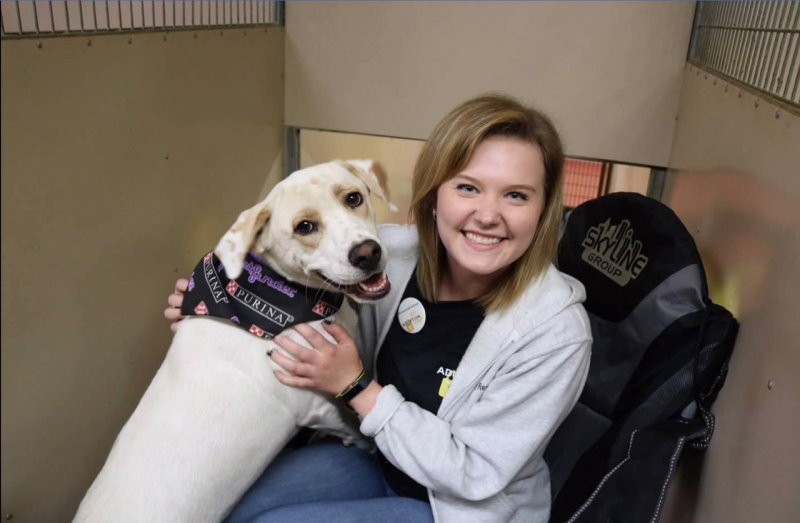 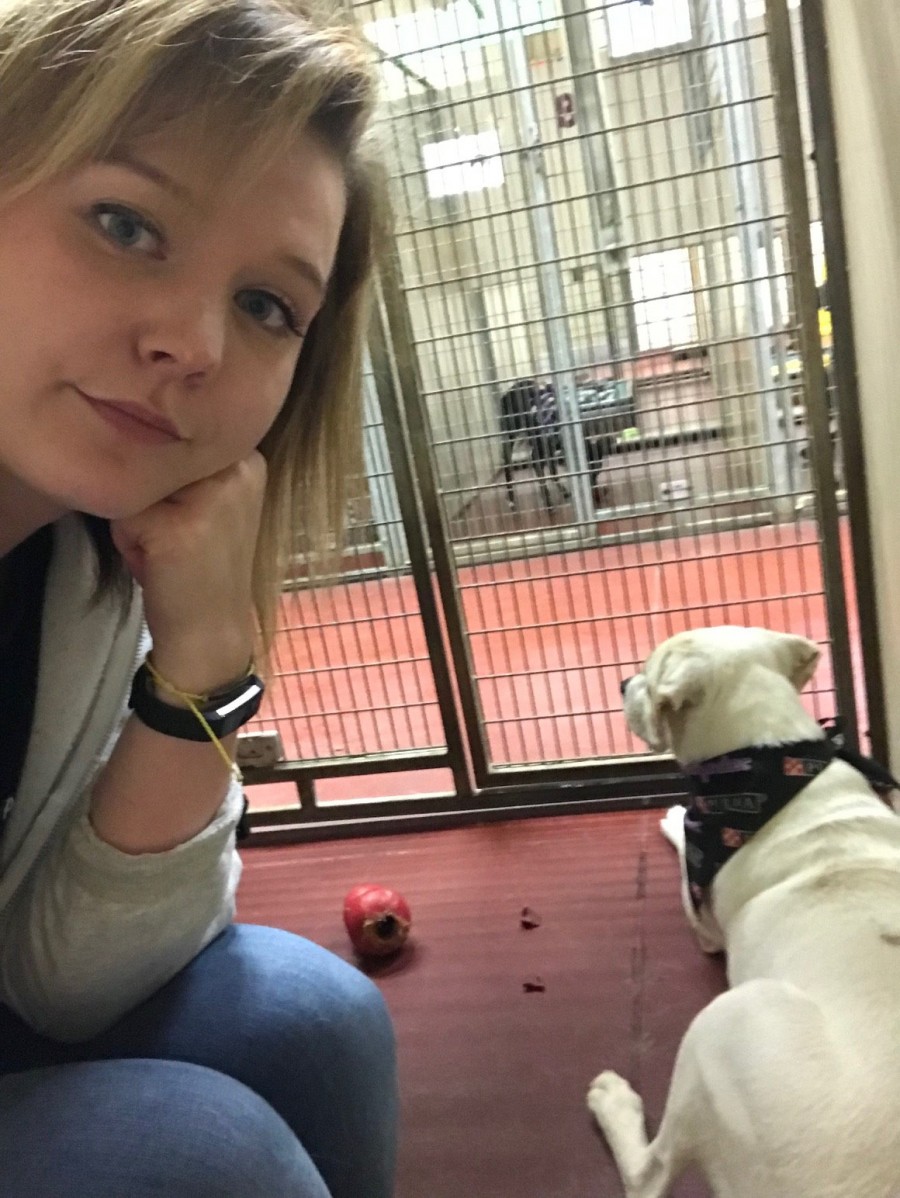 I thought being locked up all day Thursday would be easy - after all, my first job was at a vet clinic, I have dabbled in rescue volunteering and I have two rescue pets of my own.

I mean, physically, it was an easy task. Just sit in a large dog kennel all day, with a dog as your pen mate, and beg people online for donations to "bail" me out of "jail."

But when I met my goal, I couldn't bear to walk out of there until I tried a little harder. My pen mate, Lilly, could not leave, she could not get her own food or water, she could not take a quick trip to the bathroom and she definitely couldn't shoot Facebook live videos, post on social media or interview the other fundraiser participants to pass the time.

Lilly could consume the food and water provided for her, play with a toy, sleep on a cot or on the floor, or carefully watch each passing human, hoping they would be the ones to take her to a forever home.

I could see it in her eyes every time someone passed. Her ears perked slightly, she was very quiet and her face followed the person until they were out of sight.

The one year old Labrador retriever mix was looking for what every dog and cat at the Humane Society of Northeast Georgia is looking for: a forever home. The Adoption Angel Lock-In is designed to bring people to the shelter itself and raise money to support all of the animals in it.

The goal is to raise $65,000 over the two day lock-in event. Fundraisers are assigned a pen mate, either in the dog kennel or the puppy room.

While they're locked up, fundraisers are encouraged to raise money via social media.

"It's a peer to peer fundraiser, so that means you're asking your friends, families and coworkers, anyone you know to raise your bail," said Kyra Phelps, Marketing Manager. "You set a personal goal - Sam's goal is $2,000 and mine is $500 - so while you're sitting in that kennel and through the whole month of August you get to actually raise your bail to get out of being locked up."

It began three years ago as a way to have an event at the shelter, following an original event involving a previous executive director in a dog kennel outside at a Walmart store. It's also part of the Adoption Angel program.

"We wanted to utilize people asking their friends too, so we thought why don't we have them raise their bail and raise [the dogs'] bail as well," said Samantha Threadgill, Development Director at Humane Society of Northeast Georgia at Thursday's event. "The Adoption Angel part came from our Adoption Angel program, where people can sponsor to help pups find their forever homes faster."

While the pen mates are in the kennels, they can look forward to the brand new Bailed Out Bash.

"We're going to have vendors, a lot of our supporters, food trucks, 2dog is also going to be set up, selling some food, music, games. It's just a lot of fun to celebrate rescues and we're also going to have late night adoptions, so from 5 p.m. to 7 p.m. our adoption center will be open and people can stop by and either see people locked up, or adopt," Phelps said.

"And hopefully we will have reached out $65,000 goal and a lot of of those animals will be $0 from that, because of our pen mates raising their bail, so it's a celebration," said Threadgill.

Another new item to this year's event is Guardian Angels, which are companies and personal sponsors that have given donations to make the event possible.

Fundraisers that meet their goals can up their bail and try to earn more money. I raised $500, which was my initial goal, and then upped my bail to $750.

"The money goes to lowering the adoption fee for all or our rescues to $0 and all of our rescue and adoption efforts for the year," said Phelps. If the shelter goes over their goal, Threadgill said the money goes towards day to day care of the animals.

P.S. Yes! You may still donate and help me reach my final goal. If you feel so moved, check out our donation page.

P. P.S. I am ecstatic to share my new buddy, Lilly, was adopted on Friday! Check out other adoptable pets here. 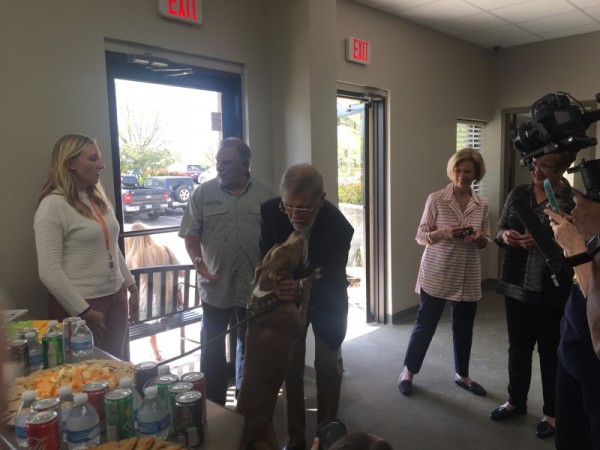 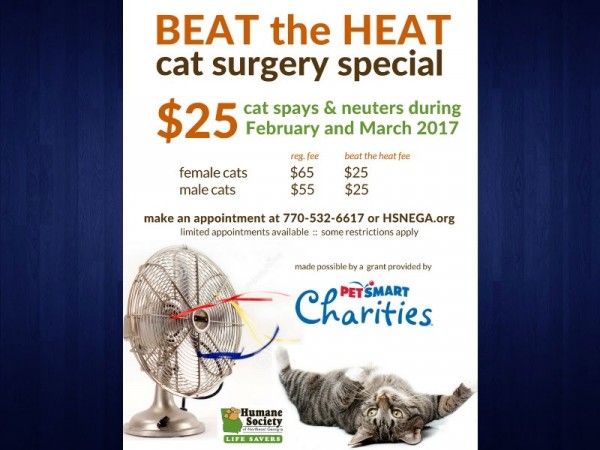 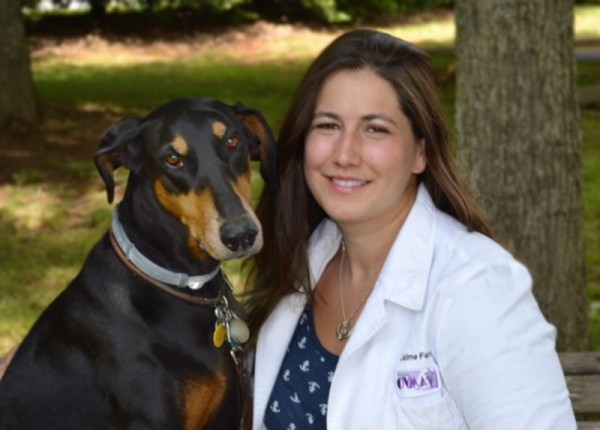 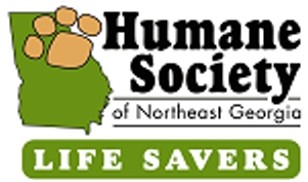