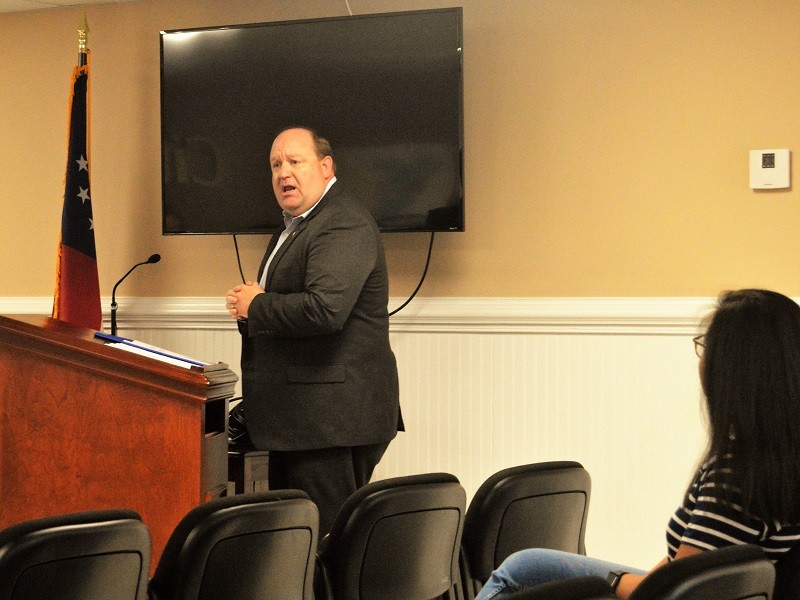 DEMOREST — Demorest leaders say they have been impacted personally and professionally by the opioid crisis.

At Tuesday night’s meeting, Mayor Rick Austin and the city commission heard from attorney Spencer Carr of The Carr Law of Clarkesville and Cleveland, who is partnering with the Tate Law Group in Savannah, to help municipalities file lawsuits against opioid manufacturers.

“I know that they represent both Chatham County and Fulton County and a number of other municipalities across the state,” Austin told AccessWDUN following Tuesday night’s meeting.

Austin said he and councilmembers are personally aware of the toll the opioid epidemic is taking on people throughout the nation, but especially in Demorest and Habersham County.

“What is stark to me is that the opioid epidemic not only has a huge impact on individual lives and family lives and work lives, but it also has a tremendous impact on governmental entities as well,” Austin said. “It was an awesome opportunity tonight for us to be able to have both our fire chief and our police chief be able to chime in and talk about what the impact to our operating budget the particular opioids and the addiction portion of it has impacted this city.”

Personnel from both departments have had to undergo specialized training on anti-overdose drugs, and soon must replace those kits due to age.

The law firms representing Demorest would collect 25 percent of any court award the city receives, but only if the lawsuit is successful.

“After lengthy discussion tonight, we’ve decided to move forward, contingent upon City Attorney Joey Homans checking off on the retainer agreement to move forward,” Austin said. “I want to stress that there is no cost to the City of Demorest, and that the retainer fee that would be kept by the attorneys that would be representing the City of Demorest is far below what the normal retainer fees generally are in cases like this.”

Both Austin and Councilwoman Florence Wikle, who made the motion to proceed, spoke emotionally about the opioid crisis during Tuesday night’s meeting. Wikle’s motion was seconded by longtime Councilman John Popham, and then passed unanimously.

“I think it’s an opportunity for us to explore rectifying and helping to rein in some of the costs associated with the opioid addiction problem, but also hopefully to send a strong message that we’re going to do something that hopefully will impact personal lives, and that’s where my strong feelings are is being able to focus on those individuals ... This lawsuit is about that.”

Austin said the presence of two institutions inside the city that are affected by the opioid addiction crisis heightens even further what city residents are experiencing.

“Obviously, we’ve got Piedmont College that’s here that when we’re in session is over 2,000 students,” Austin said. “I don’t think it’s any surprise to anyone anywhere that on any college campus there is almost anything that’s available. Our police chief reiterated that tonight as well.”

Even more impacted is the county’s hospital.

“We have Habersham Medical Center that’s in our city as well, and I’ll remind everyone that we have a City of Demorest Police outpost that is situated in Habersham Medical Center in the emergency room,” Austin said. “One of the reasons that we man that outpost, and we do that in cooperation with the hospital, is to try to reduce the number of folks coming in that are looking for particularly opioid drugs — so yes, it has cost this city in a number of ways, not only in terms of human capital, but in monetary capital as well.”