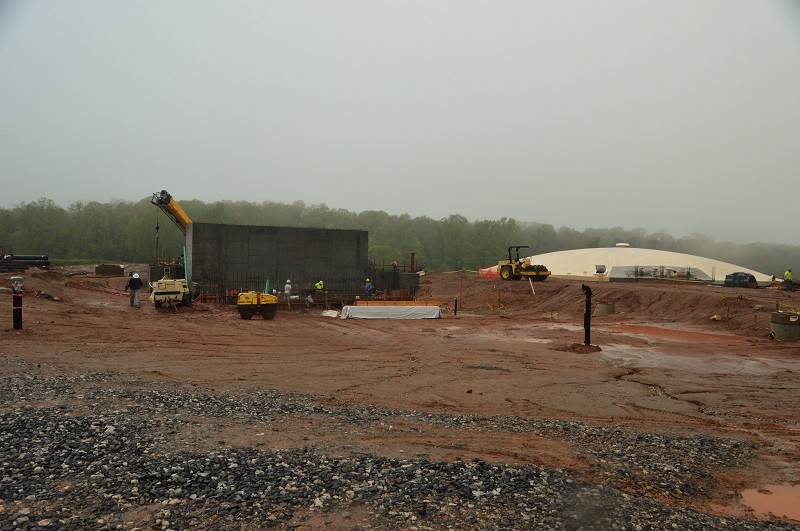 Despite excessive rainfall and mud on the site, workers continue construction of the new Cornelia water treatment plant and reservoir on Camp Creek Road.
Rob Moore 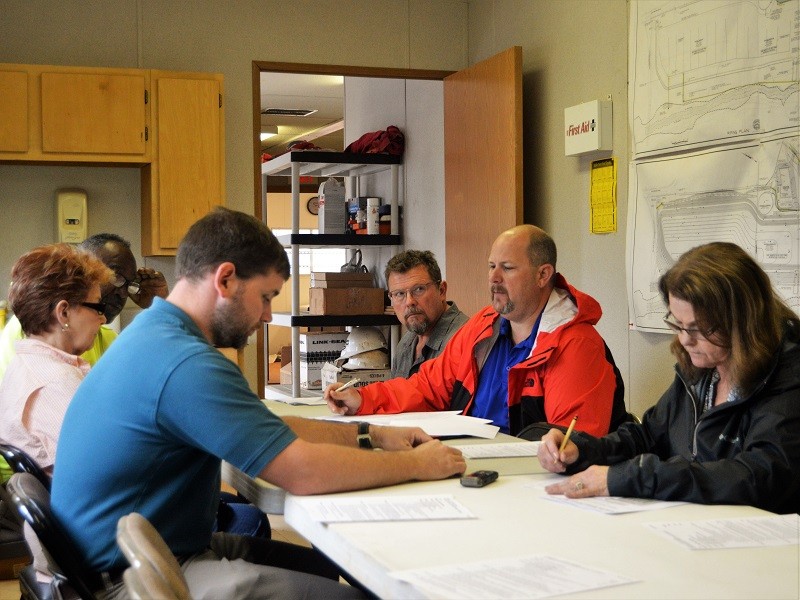 CORNELIA — Rain generally is a good thing for reservoirs, but not so much when it comes to reservoir construction, as Cornelia officials are learning as the construction of its new water treatment plant and reservoir continues.

That’s because the water plant site has received 18 inches of rain compared to 13 inches of rain this time last year, Cornelia Utilities Director Keith Ethridge told members of the city’s water and sewerage authority Tuesday morning from a job trailer on the 32-acre site.

“It’s behind schedule because of the amount of rain we’ve gotten this quarter,” Ethridge told AccessWDUN at the conclusion of the meeting. “It looks like we’re probably realistically looking at probably spring of next year” for completion.

The new four-million-gallon-per-day plant is located adjacent to the existing water plant on Camp Creek Road and across from the current reservoir. It will be complemented by a new 76-million-gallon raw water reservoir that is expected to start filling this summer.

Once the new reservoir is placed online, the level of the current Camp Creek Reservoir will be lowered to allow some repairs, officials said. Then the level will be brought back up.

The current water plant is another matter.

“The old plant will be decommissioned, but we’ll turn that into the water/sewer shop, so we’ll have our water/sewer maintenance crews stationed at the old plant over there,” Ethridge said.

City Engineer Marty Boyd of Carter & Sloope said once completed there will be a period of pumping and testing before the new plant goes online to serve customers.

“We’ll produce water, but it won’t be put in the distribution system and will actually be recycled internally,” Boyd said. “During that 30-day commissioning period, we’ll be collecting data. The data will be shared with EPD and then once they’re satisfied with the data, that the plant is performing the way it was designed and permitted to perform, then this will be put online and then the old plant will be taken offline.”

A tour of construction progress on the new facility scheduled for the conclusion of Tuesday’s meeting was postponed until the July 24 meeting due to rain and muddy conditions on the site.