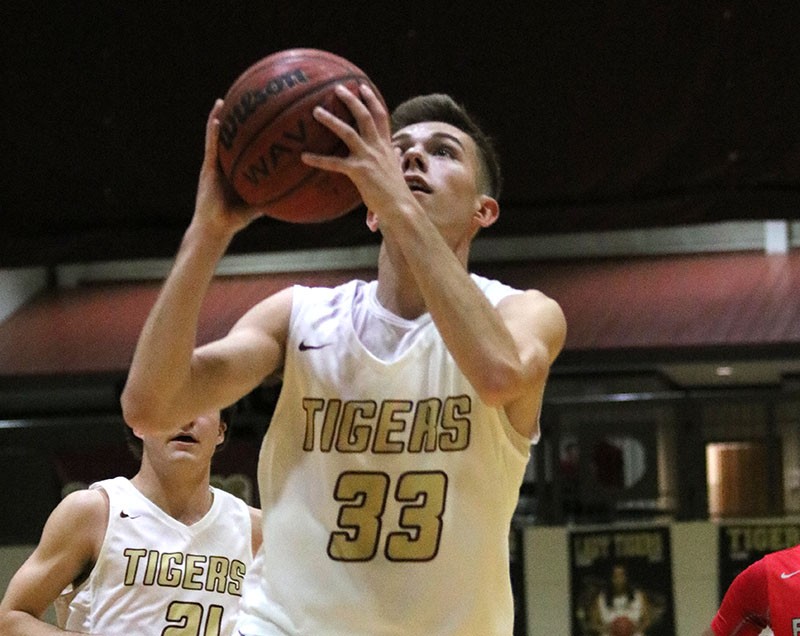 SNELLVILLE – Dawson County survived a tough battle against Class 7A Archer to win 67-56 in the semifinals of the Deep South Classic at Brookwood High School Friday night.

Lumpkin County rallied in the fourth quarter to beat Polk County in the semifinals of the Battle of the States tournament in Hiawassee Friday night.

The Indians outscored Polk 22-9 in the final 8 minutes to win.

Matt Seabolt scored 9 of his 24 points in the fourth quarter to pace the Indians.

Lumpkin trailed 56-50 going into the final frame. Behind the hot hand of Seabolt and a stifling defense, the Indians quickly took the lead.

The win advanced Lumpkin to the championship game against Walhalla, SC Saturday night at 8:30 p.m.

Tay Howard scored 26 points and Makayl Rakestraw had 14 in a loss to Eastside Friday in the Christmas in Commerce tournament at East Jackson.

Carl Cleveland continued to show north Georgia how he can dominate in the paint with another double-double performance.

Cleveland scored 32 points and ripped down 10 boards to lead Banks County past Habersham Central Friday in the semifinals of the Banks County Christmas Tournament.

Pierce Martin poured in 20 points, and Dakota Orr hit for 8 points and 13 rebounds.