Can Demorest afford to keep Independence Day as a paid holiday? 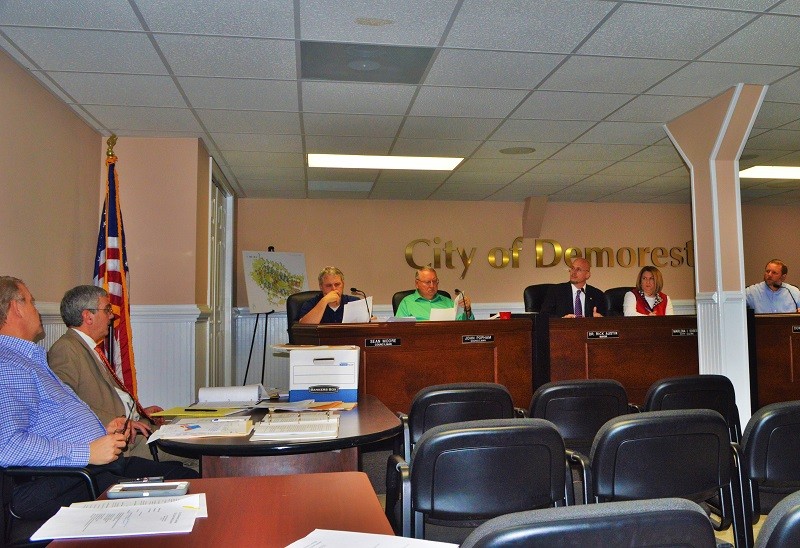 Demorest officials discussed Tuesday night how the city can best ensure that its employees are available to plan and conduct the city's long-running Glorious Fourth of July Celebration.
Rob Moore
Contact Editor

DEMOREST - Demorest Mayor Rick Austin is asking whether the city can afford to keep Independence Day as a paid holiday for the city's employees - but not for the reason most might think.

During Tuesday night's city council work session, Austin raised the issue not from an economic standpoint, but rather from the cost to the quality of the city's Glorious Fourth of July Celebration.

"Demorest puts on the largest Independence Day celebration in north Georgia," Austin said. "It's the longest-running in the southeastern United States. This year it drew approximately 10,000 people. It takes months and months of planning, and it takes an awful lot of concerted effort from our employees to pull that event off - to make sure that it's safe for the public, and to make sure that everything is in working order."

Council members discussed giving employees a different day or more off as comp time for being required to work on July 4.

Councilman John Popham, who has served the city for 40 years, said the city traditionally has expected employees to work on Independence Day but has offered them another day off.

There also was a suggestion to close all city offices the next business day after July 4, but several people pointed out cleanup continues the next day.

Another suggestion was made to allow employees to pick the day they want to take as comp time, with the approval of his or her department head.

City Attorney Joey Homans said he needs to review the Fair Labor Standards Act regarding what the city can and is required to do to compensate employees who are required to work on Independence Day.

Austin said he wouldn't have a problem paying employees time and a half for working that day, but Councilman Donnie Bennett was hesitant.

Bennett said the council hasn't received figures yet to know what paying time and a half to all employees would cost the city.

Austin said the city's financial position has improved, and having employees work on that day is very important.

"One of the things that we have noticed in our personnel policy is that that's a recognized employee day off," Austin said. "If we're going to continue to do the Glorious Fourth Celebration with excellence, then we need employees to be available on that day - not only that day but also to be available in the planning and the implementation of everything necessary to make sure that that day is a success."

Austin didn't mince words about the importance of employee participation on July 4.

"If you are going to work for this organization, you will be required to participate in the planning and implementation to get ready for the Independence Day celebration," Austin said. "There is no opt-out anymore - and there have been a few that have opted out."

The council will discuss the matter further in January.