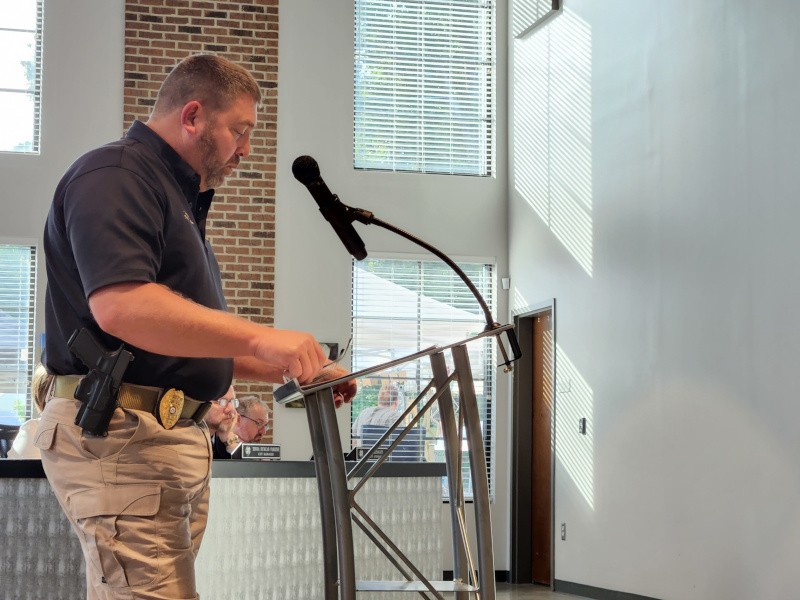 The Flowery Branch City Council voted Thursday night to approve funding for a K9 program at the city police department, bringing back a long-dormant portion of the agency.

The Flowery Branch Police Department requested $20,000 to restart the program, which the council unanimously approved.

The agency first adopted a K9 program in 2008 and was active for about four years. It has been dormant ever since.

"In the last several years, we've had a lot of missing persons," Hulsey said. "Elderly, with dementia, Alzheimer's... and a canine is a good resource to have to try to find these elderly people. We've seen an uptick of suspects fleeing from us on foot, so that's another good thing to have a tracking dog available. And also, I think it's a good PR tool. Everybody loves dogs."

The Georga K9 Foundation is assisting with the program through a $10,000 donation.

The police department is acquiring the K9 from Southern Coast K9, Inc. K9 Jini is a one-year-old German Shephard, and she will be trained in narcotics and tracking.

Hulsey said they hope to have K9 Jini in Flowery Branch by the week of Sept. 12.