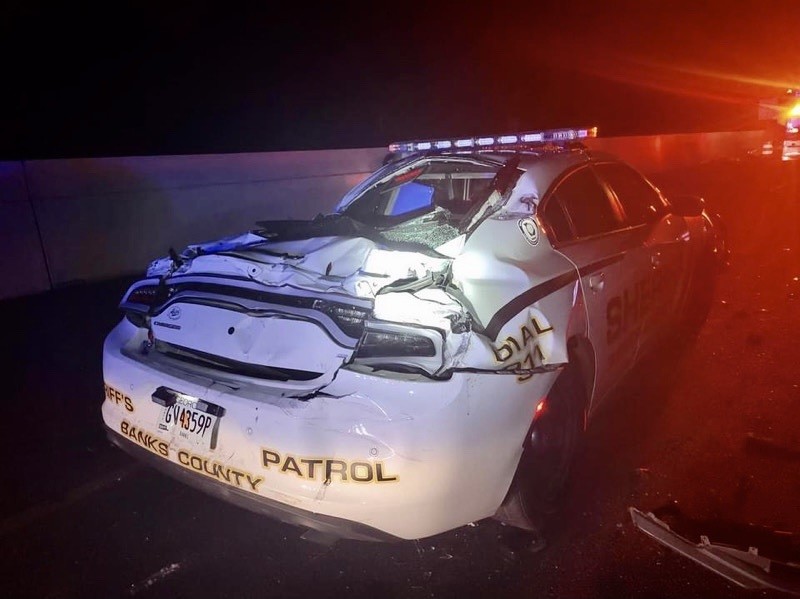 This Banks County Sheriff's Office patrol car was struck while engaged in off-duty traffic control in a work zone on Interstate 85 early Tuesday. 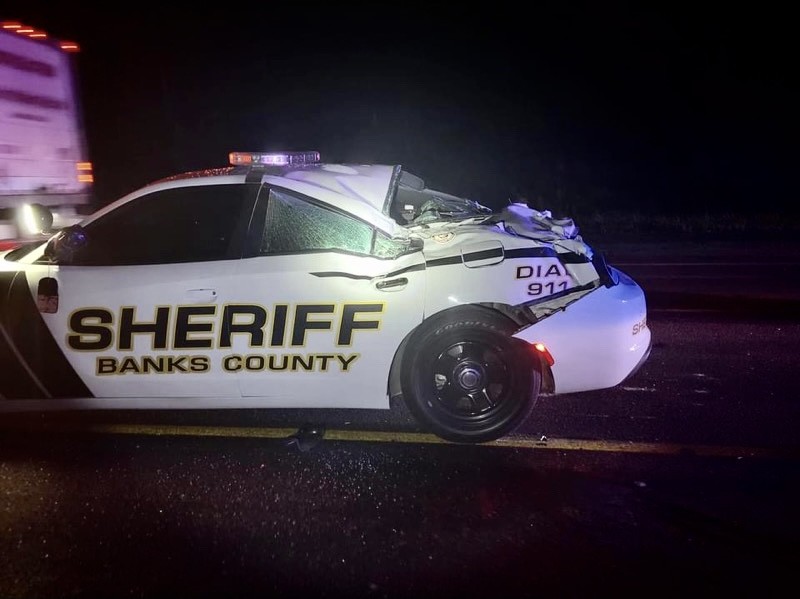 A Banks County deputy sheriff who was performing off-duty traffic control in a construction zone on Interstate 85 in Jackson County escaped injury when his patrol car was struck by a suspected impaired driver early Tuesday.

Deputy Jonathan Dempsey was in the driver’s seat of his marked Dodge Charger with blue lights activated when it was involved in a three-vehicle crash just after 1:45 a.m.

“Deputy Dempsey, we are happy and very thankful to report that he did not sustain any injuries from this horrific crash,” said Banks County Sheriff’s Maj. Carissa McFaddin. “He is at home and well, and we look forward to having him back on shift.”

The Georgia State Patrol says two Chevrolet Malibus were traveling north on Interstate 85, when one sideswiped the other, causing it to overturn before striking the patrol car.

“After the impact, Deputy Dempsey exited his patrol vehicle and rendered aid to the driver,” McFaddin said. “The driver was later found to be intoxicated. The Georgia State Patrol did respond to the scene, and they worked the crash investigation. We do know that the driver of the vehicle did sustain injuries, but non-life-threatening.”

The GSP report on the wreck is not complete yet.