By Rob Moore I Video by: Seth Chapman 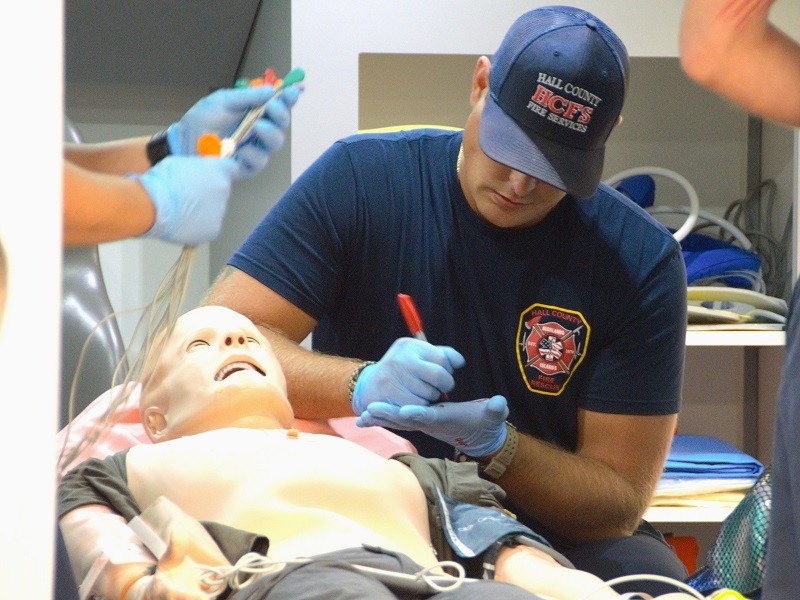 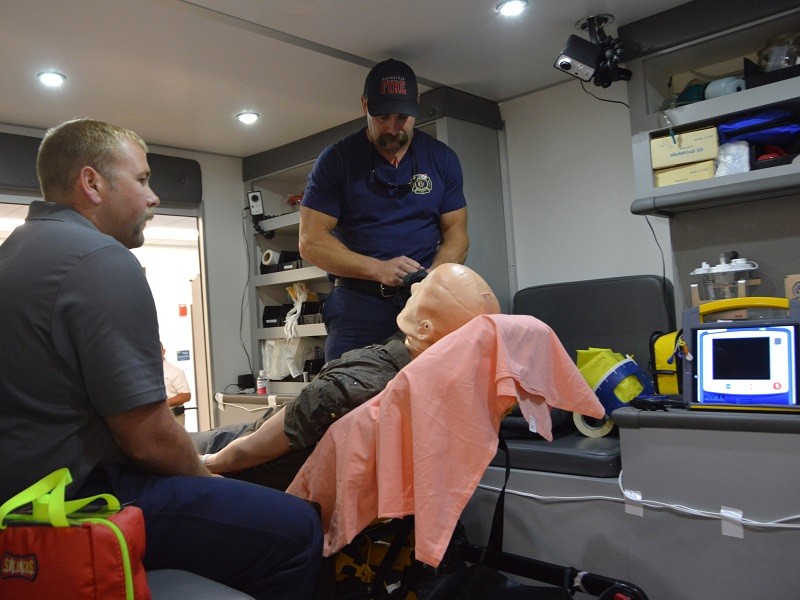 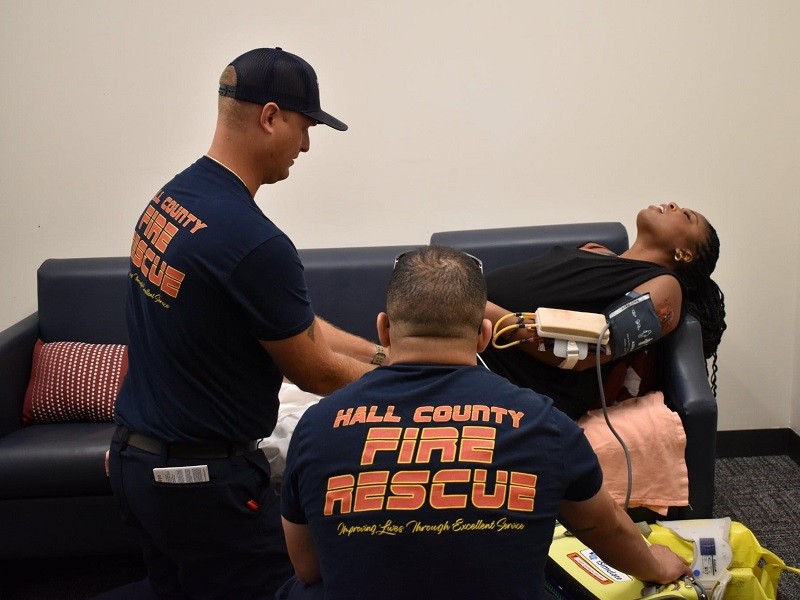 A new addition to this year’s 2022 Georgia Police and Fire Games in Gainesville is the Medic Challenge, held Thursday morning at Lanier Technical College.

Three teams, one from Hall County and two from Gainesville Fire Department, competed in three skills scenarios where they put their everyday treatment knowledge into practice.

The first scenario for each team was held in the back of an ambulance box simulator in the ambulance bay of the James A. Walters Allied Health Building on campus, with judges and an audience of peers and others watching.

Hall County Fire Lt. Brooks King is a company officer assigned to the fire engine and also a paramedic, so he’s been through similar situations before.

“I went to paramedic school at Lanier Tech and we’ve done some very similar scenarios, but not as many people watching and judging,” King said. “I’ve worked with the mannequins before and kind of been in the setting where you’ve got people evaluating you on your skills and all that, so it went a lot like I thought it would but when you’re in the moment it’s a lot more stressful.”

Carpenter said the scenarios in Thursday’s Medic Challenge were not foreign to participating crews.

“It was actually what we would consider routine,” Carpenter said. “When we got there, it was kind of something we run into on a regular basis.”

“You learn something every day,” Carpenter said. “Emotions get high in what we do, so it’s kind of nice to put it in a scenario form so you can kind of slow down, take a step back, and make sure you do everything like you’re supposed to – and it gives you good practice.”

Carpenter and his partner Andrew Lathem took first place in the event, followed by the Gainesville Fire Department Team of Jordan Green and Josh Crawford. King and Brock Hayes placed third in the event.

King said he always knew he wanted to help others.

“My mom and dad are police officers in Gwinnett County, so I knew I wanted to be in public safety, but I kind of went a different route and joined the fire department,” King said.

Five or six years in, King decided he liked the emergency medical services side of things and went to paramedic school and has been doing that ever since.

He said Thursday’s competition is beneficial for more than bragging rights.

Even with that camaraderie, there’s still that level of rivalry.

“It’s always competitive – for bragging rights, at least until next year when the Police & Fire Games come around next year,” Carpenter said. “Either one of us could hold onto it for a year.”

Both King and Carpenter agreed the competition is also a good recruiting tool. People who see the competition in person, learn about it through local media, or see photos and videos of it get an inside look at what paramedics do daily that often is unseen by a majority of the public, they said.

“I think it would be a great way for people to learn about it and become excited, and hopefully want to join it,” King said. “We need medics!”