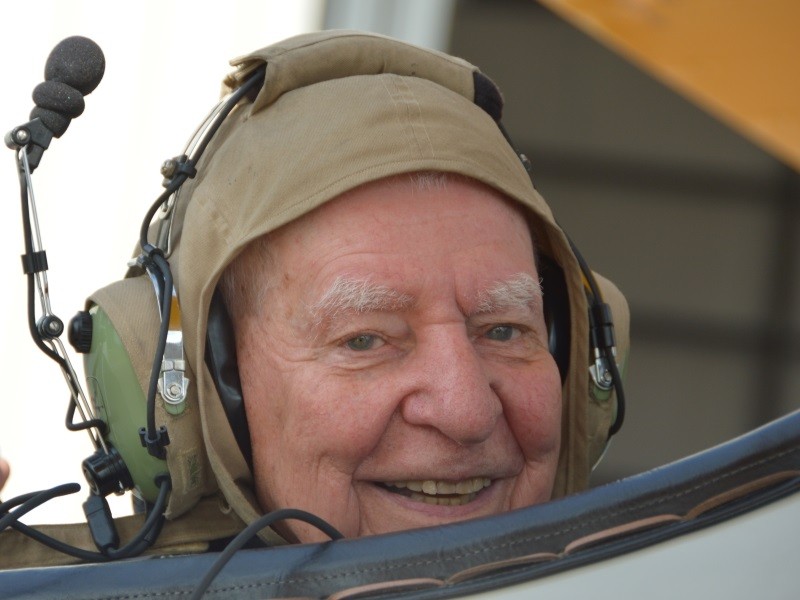 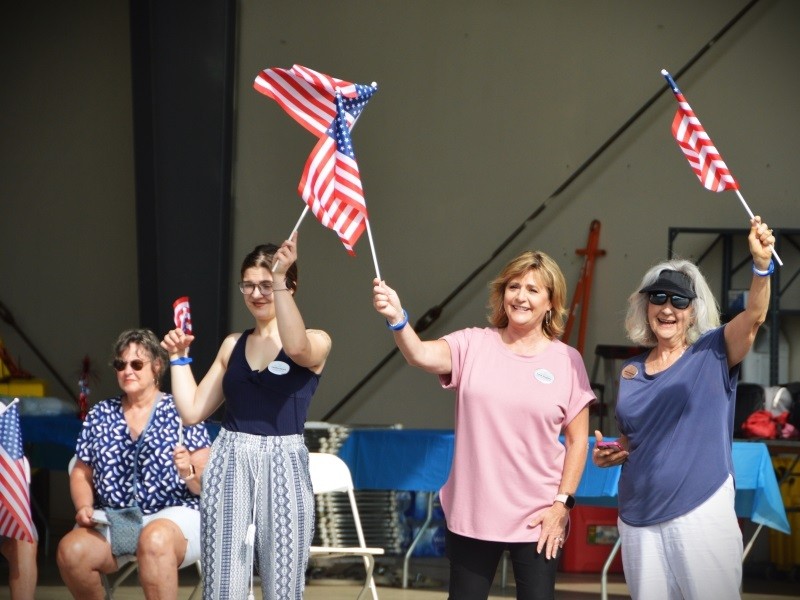 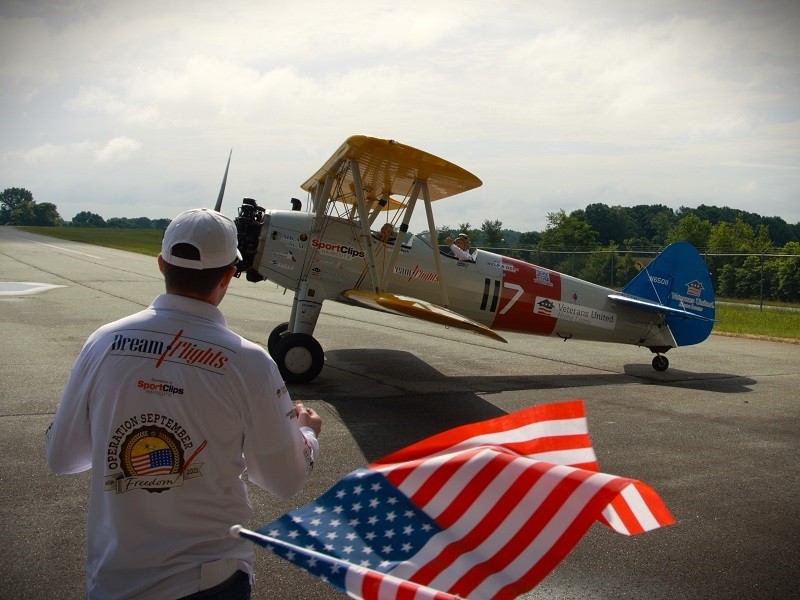 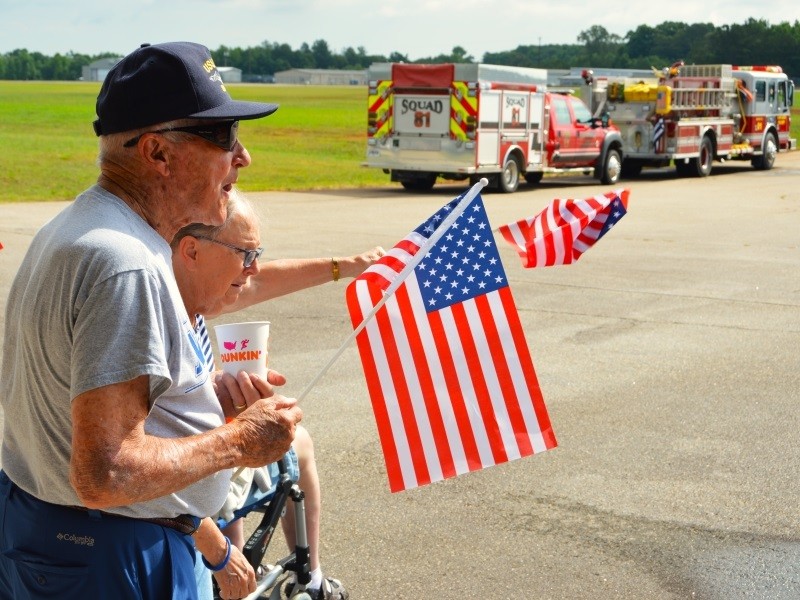 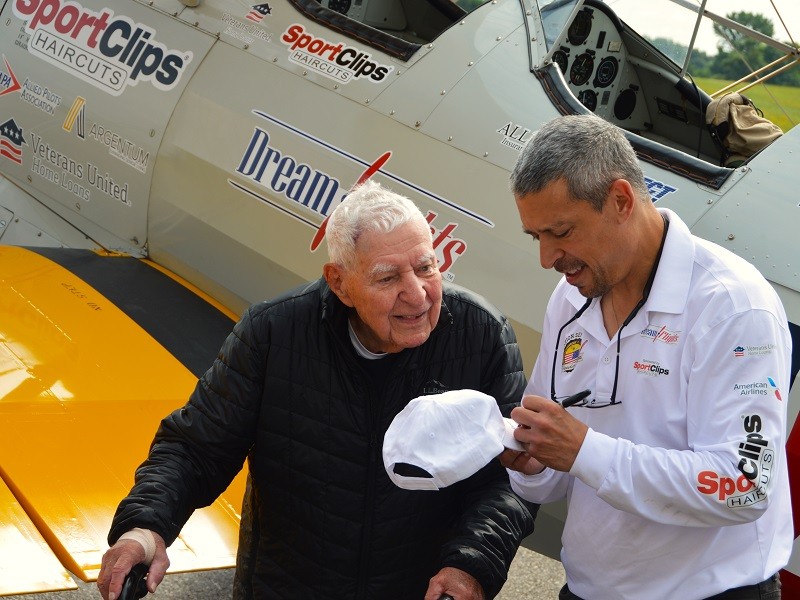 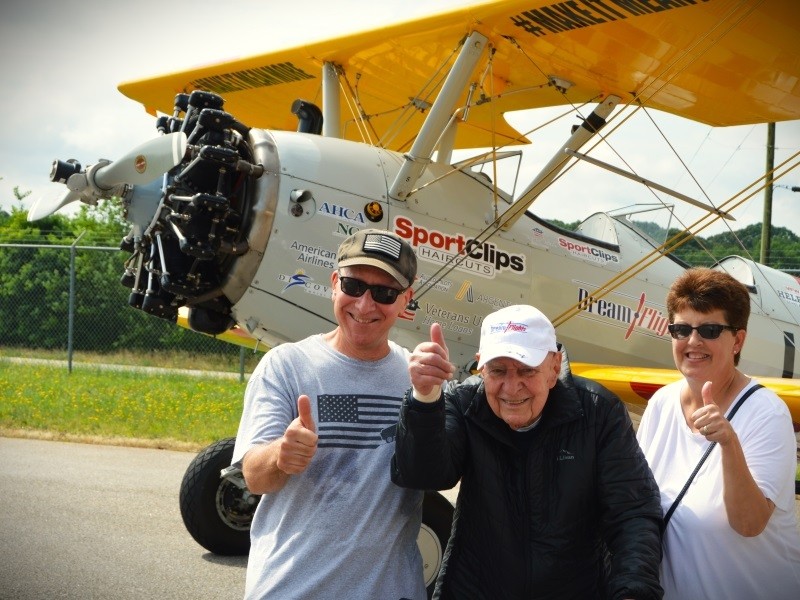 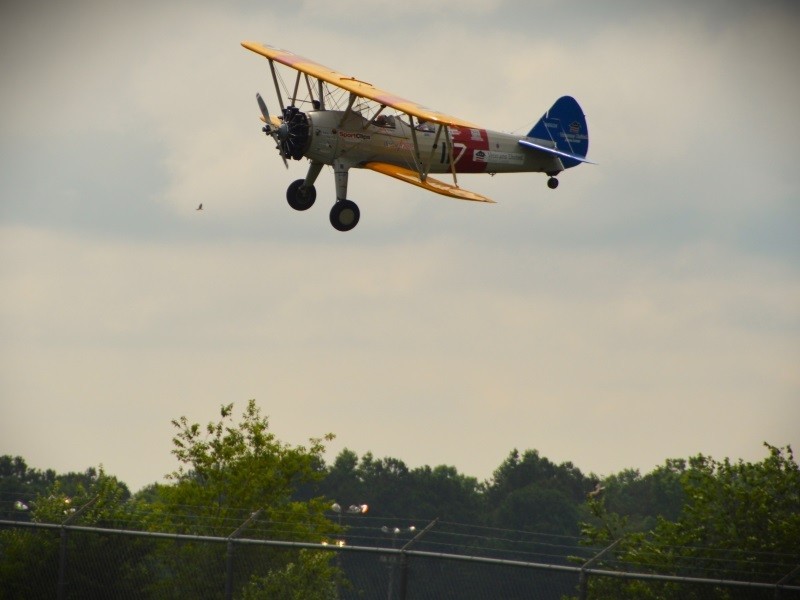 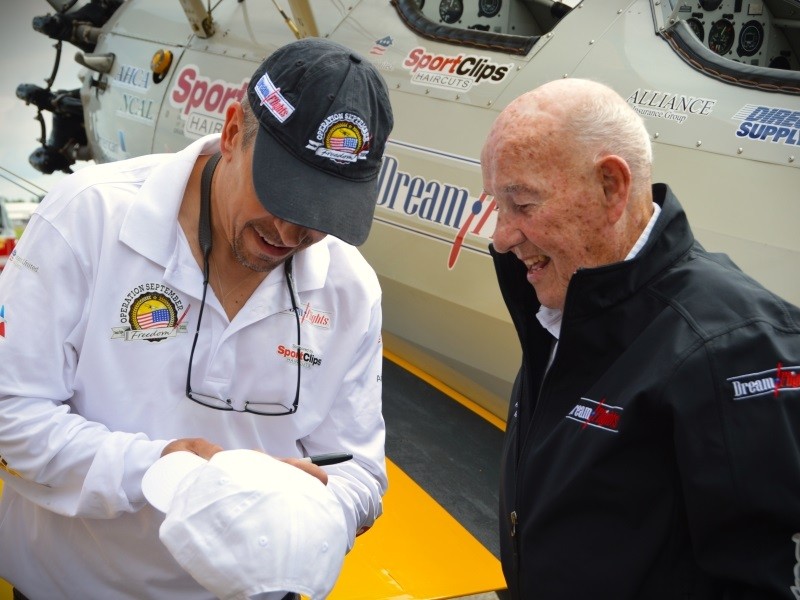 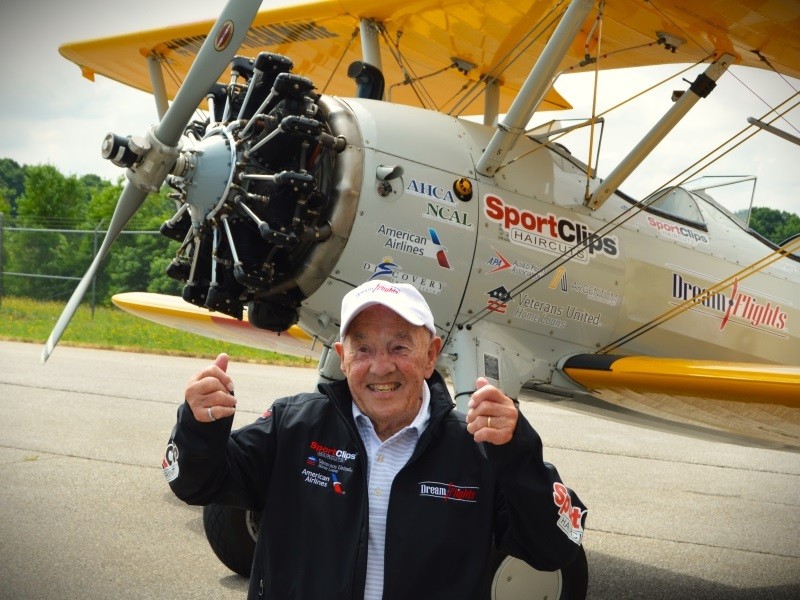 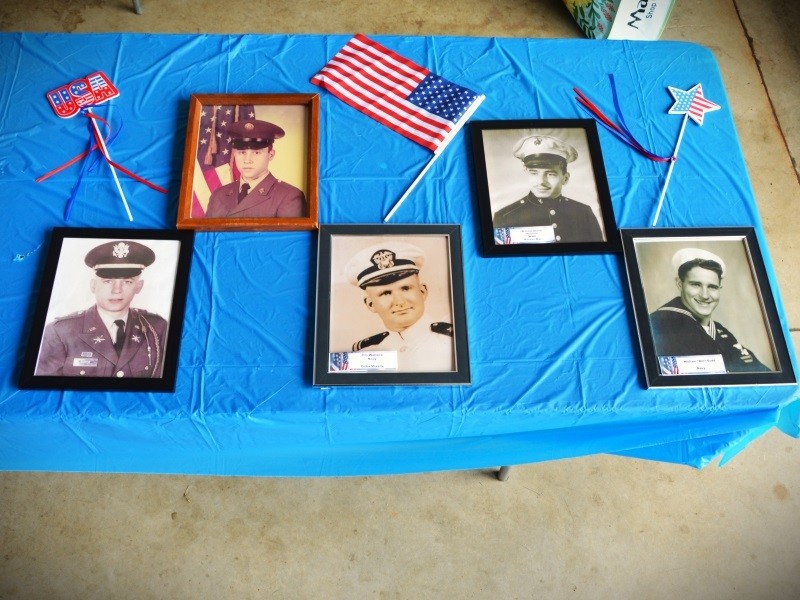 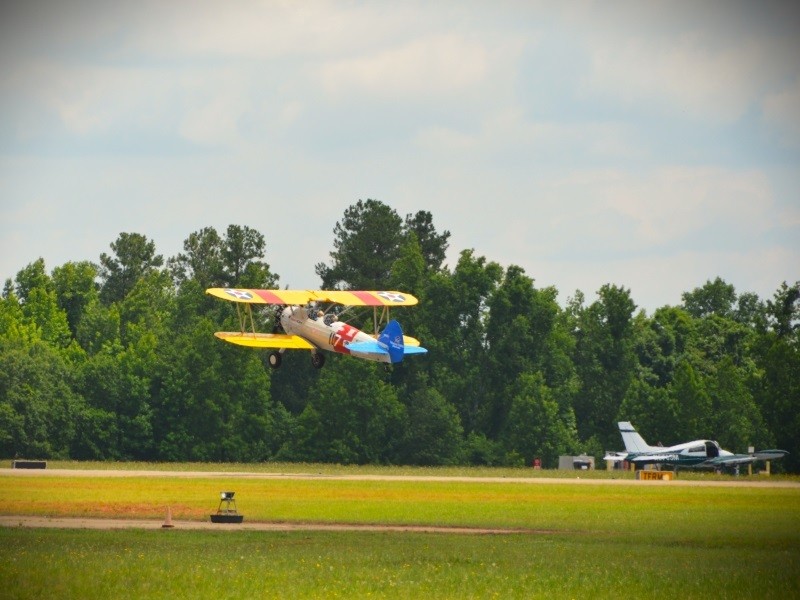 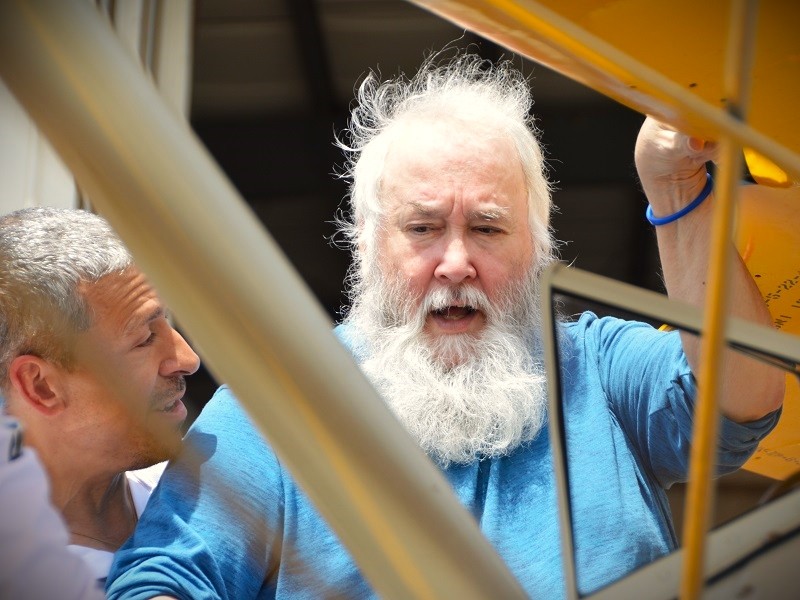 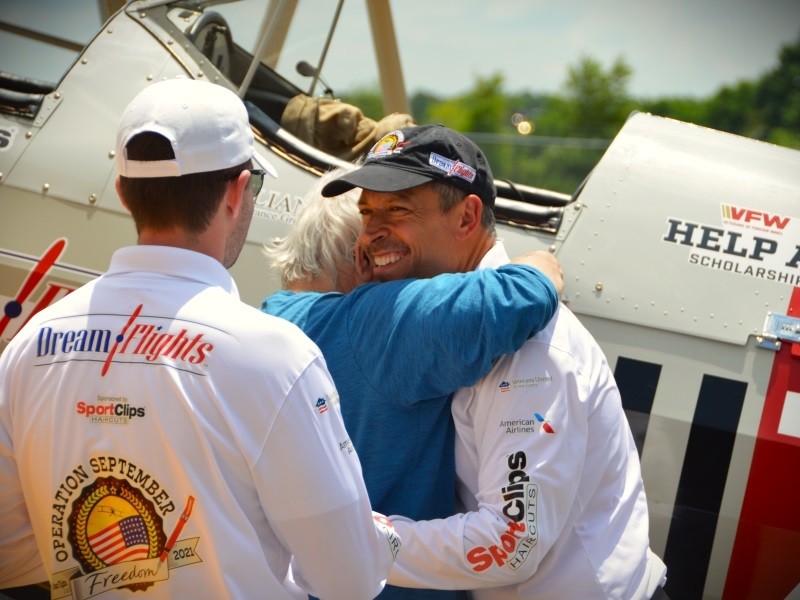 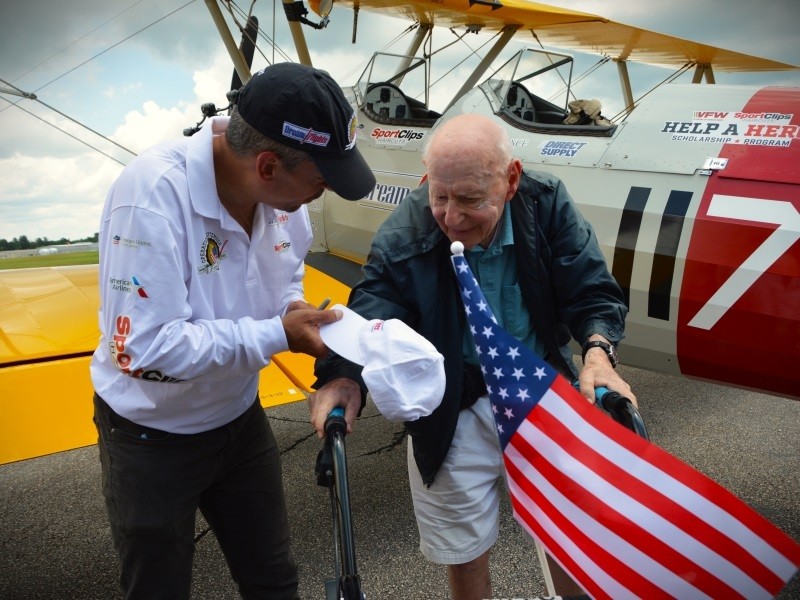 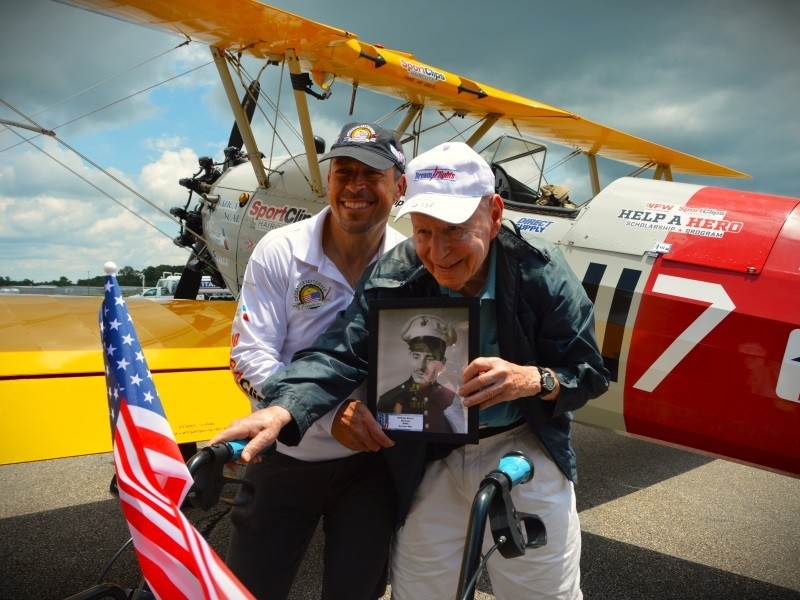 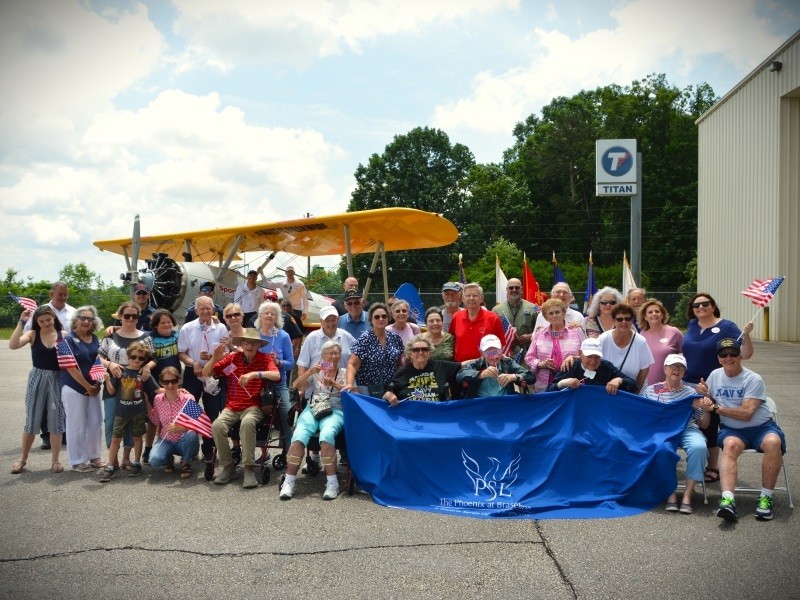 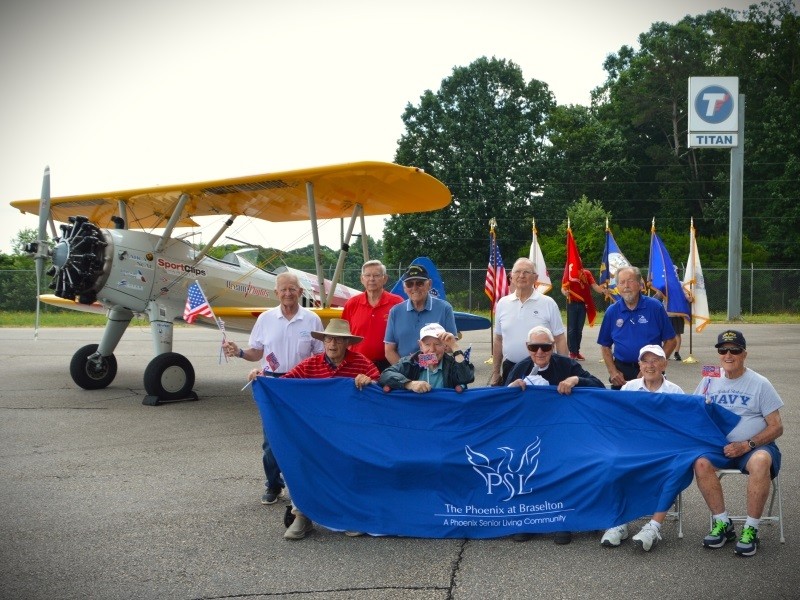 On Thursday, eight seniors from The Phoenix @ Braselton had an opportunity to fly 1,000 feet in the air in a restored, open-cockpit biplane like those used to train aviators during World War II.

The event is part of Dream Flights, a program that will stop in 100 U.S. cities during a 10-month tour that began April 2.

A hangar at the Jackson County Airport took on a celebratory feel for residents of The Phoenix with service flags, patriotic tablecloths, and decorations.

“I'm a pilot for Dream Flights,” Klosky said. “And what Dream Flights does is just honor our elderly veterans that have served our country. And we try and give back to those who have given by giving them a 20-minute dream flight and in an open cockpit biplane, and it's just kind of a magical experience for them with the wind in their face and the nostalgia of the World War II biplane, and we just try and put a smile on their face. We like saying that it's the best day of the rest of their life. And, and we just want to serve them and let them know that we're proud of them and we're very thankful for what they've done for our country.”

John E. “Jack” Palm served in the U.S. Army during the Korea era.

“I went in in 1946, had six weeks of training, and sent to Korea,” Palm said. “We stopped over close to Japan and then back to Korea.”

Palm said he loved his flight and even caught a glimpse from the air of his dream house on a small lake in Jackson County.

“This was very great,” Palm said. “I'm surely thankful that we got to do this. And it was a great flight. We just – I told the pilot I don't know why I didn't get in Air Force but then I said oh, I remember now I was colorblind.”

Veteran Bill Parker has a lineage of military service. His father was a World War II veteran, and Parker lost his older brother three months after arriving in Vietnam in 1968. It was only a few years before Parker himself began his 20 years of service.

"All these guys that went up [today], we’re all brothers from different mothers,” Parker said. “And the poor gentleman that couldn't get in plane, my heart just broke. He wants to go; he just can't go. It's not that he’s afraid. It's not that he didn't want to do. I don't think any of us are afraid. You know when you get shot at, you kind of sort of lose that fear. And I just hope he does ok, and I hope he has a good day. But days like today mean a lot to me. You don't have to give me money. You don't have to – you just know you’re appreciated. It means a lot.”

Parker says the flights further unify veterans who may not know each other well by giving them new shared experiences.

“Just seeing all the other guys and everybody go up and have a good time,” Parker said. “We all share the same memory now in our heads. We all did the same thing. And we have we can carry on this and remember, oh yeah, you remember this and this and this. It's like an Army reunion. You know, you don't see a guy for 25 years. Oh, there's Shorty. There’s George, you know. And you every time you say a name it clicks in your head. Not to belittle it but you can't get that working at General Motors every day. You literally have to trust your life to somebody else, unquestioned, and they in turn trust that responsibility back to you. And unless you do that you don't understand it. You really can't. You can listen to it. But at 2:30 in the morning, and it's dark and you don't know who's out there, but you know you get somebody beside you means the world.”

Dream Flights is a nonprofit organization supported by donations. So, veterans don't ever pay a dime. The organization has only one paid employee, and the rest of the mission is accomplished by volunteers and through sponsorships and donations. All the money raised goes directly into the aircraft and fuel -- and that's something Harlin says makes a difference in the lives of veterans.

“I couldn't thank these people, the fellow that flew that airplane and all the people that support him, you can't thank them enough,” Harlin said. “I'm 91 years old. This is the thrill of a lifetime. I mean, I'm just still excited. It was a good day.”

To learn more about the program, visit dreamflights.org or check it out on social media.