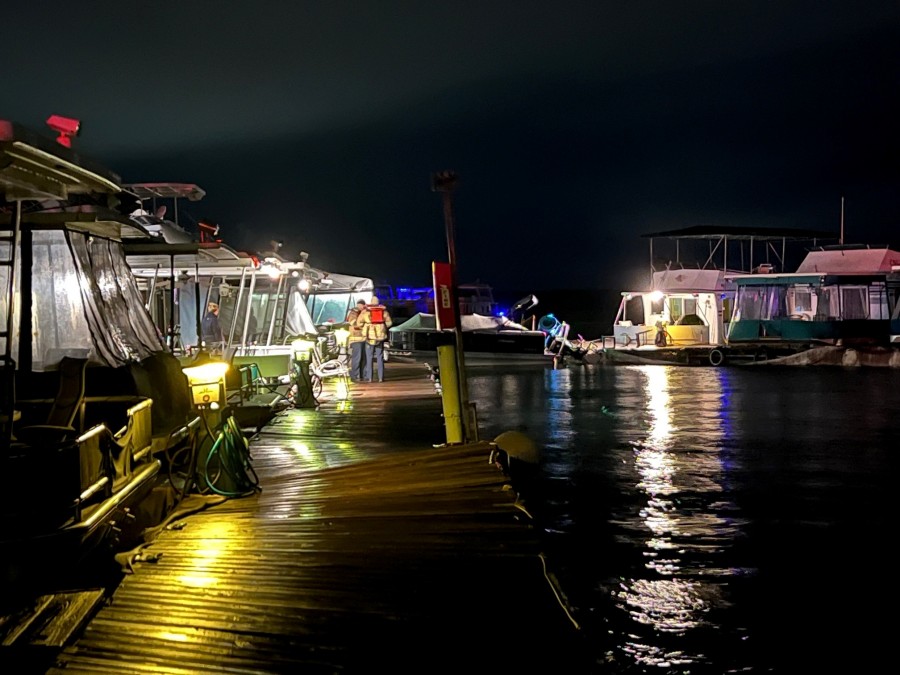 Three people were trapped at Aqualand Marina when the weather damaged the dock they were on early Monday morning.

According to Hall County Fire Services, just after 5 a.m., rescue teams were alerted that damage to the W Dock had made it inaccessible. Hall County Marine Rescue was able to get to the three people and ensure their safety.

The marine rescue boat was able to access the people from their houseboats. One of them chose to leave with the rescue crew. Two others decided to stay on their boat.

There were no injuries reported.