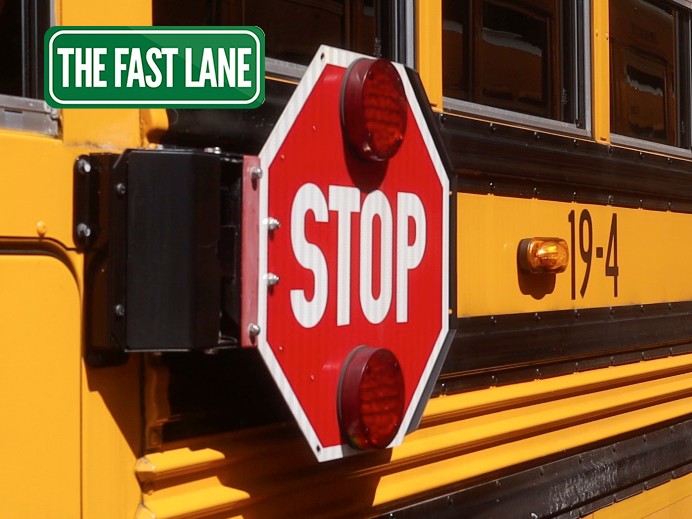 As school gets back in session around North Georgia, one of the telltale signs is the return of the big, yellow school buses to the roadways.

As officials remind the public every year, there are a number of things to remember when trying to safely drive on the same roads as the buses.

Gainesville Police Officer Barry Edwards said the biggest thing to remember is that when a bus stops and the red stop sign extends out from its left side, that means other drivers in most cases need to stop as well.

"If there's grass or a barrier (between the driver and the bus), you're free to proceed," Edwards said. "If there's a turn lane or a paved area between you and the bus and you're coming towards it, you need to stop due to children that could be crossing the road. Any traffic going the same direction as the bus."

The buses also have flashing yellow lights which Edwards said are meant to be taken as caution lights, meaning drivers should slow down and not try to beat the bus.

Traffic accidents involving buses happen as well, and Edwards said it's usually the same issues that lead to those crashes as with any others on the roads.

"On all accidents, distracted driving is one of the leading causes," Edwards said. "People are on their phone and not paying attention and by the time they do see the bus, it's too late."

To hear more from Gainesville Police Officer Barry Edwards about safe driving around school buses, click play on the video above.