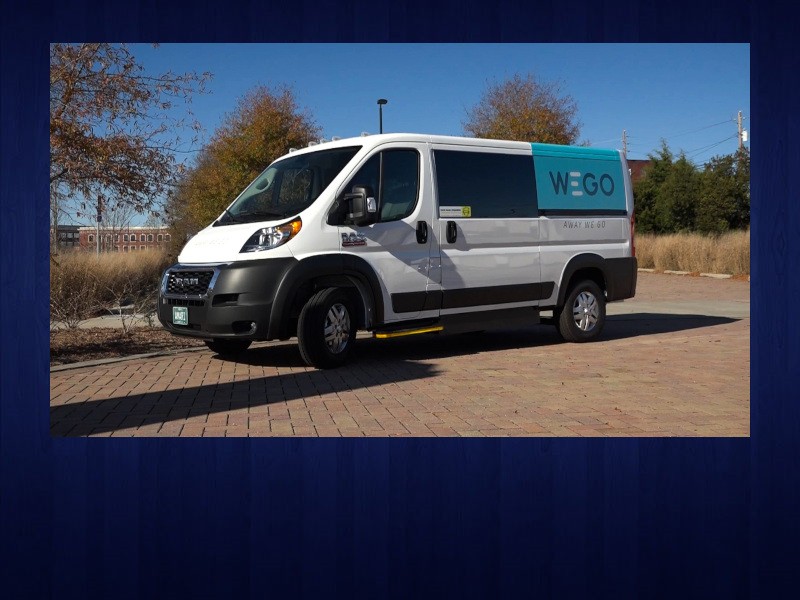 Several changes are coming to the City of Gainesville’s WeGo rideshare service, including a downtown shuttle service, an expansion of the service to the entirety of Hall County and possible elimination of the other two public transit services in the city.

Phillippa Lewis Moss, Community Service Center director with the City of Gainesville, said the downtown dinner route will start on Thursday, May 13, and will run from 6 p.m. to 9 p.m. on Thursday, Friday and Saturday every week.

“The first 30 days of the program will be free to all travelers, and only to people in that square area,” Moss said. “[The shuttle] will be picking up people basically at the existing parking deck and taking them around the square so they can access any of their restaurants or retailers without having to walk through construction sites.”

Moss said the main goal of the shuttle route is to help get people into the downtown square while construction is underway on the new parking deck on Brenau Avenue, and on the Gainesville Renaissance project.

The service first launched in December 2020 with a total of five vans, but the service was limited to Gainesville city limits. Moss said WeGo will expand to 15 total vehicles on July 1 to account for the expanded service area.

The WeGo service operates similarly to services like Uber and Lyft. Interested riders can download the WeGo app on their Apple or Google device and request to be picked up by a WeGo van within a block or two of their current location. Those who do not have a smartphone can dial 770-503-3333, option number one, to request a WeGo pickup.

Moss said WeGo has been revolutionary for public transit in Gainesville. In fact, six public hearings will be held on June 2 and June 3 to discuss the possibility of eliminating the Gainesville Connection bus service and the Dial-A-Ride vanpool service from the city’s public transit lineup.

If approved, WeGo would become Gainesville’s sole public transit service after June 30. Those interested in voicing their opinions on the possible change are asked to weigh in at one of the public hearings. More information is available on the City of Gainesville’s website.

“We’re very fond of these programs, we’re very happy that we’ve had access to these services over the past 20 and 35 years,” Moss said. “However, we do believe that WeGo is a game-changer in our community, we do believe it provides superior service at a lesser cost.”

In terms of ridership, Moss said between the months of December 2020 and March 2021, WeGo surpassed Dial-A-Ride and Gainesville Connection by a considerable amount.

Moss also said the operating costs of WeGo are currently about half that of the Gainesville Connection.

While WeGo is a success in terms of ridership and revenue, Moss said feedback from the community has also been great.

“If we’ve had any positive and negative comments, it’s that the vehicles arrive at the destination quicker than people expected,” Moss said. “The other thing that people enjoy is not having to stand on a corner at a bus stop … waiting for the vehicle to come.”