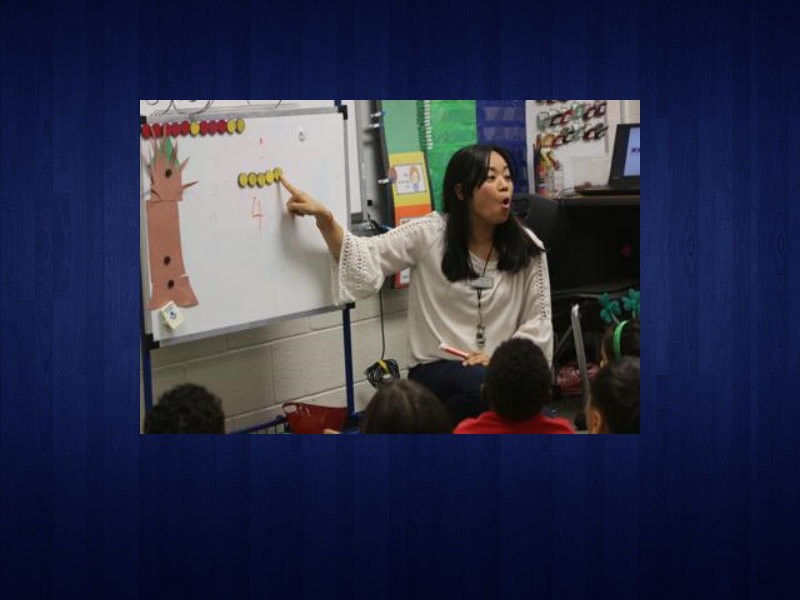 What is the Dual Language Immersion Program?

In the DLI elementary school program, students spend half of the school day learning in English with one teacher and the other half learning in either Spanish, French or Korean with a different teacher. The program starts with kindergarten students and then increases in difficulty with each following grade level.

The teachers teach math, science and language arts in the target language. In the English portion of the day, students learn social studies, English language arts and bridging.

Jon Valentine, Director of World Languages and Dual Language Immersion, said in the "bridging" period, they take time to reinforce information taught in the other language. For example, if the science lesson earlier in the day is about animals, the teacher will read a book about animals in English.

"This is what makes dual language immersion teachers some of the hardest working teachers in the country," Valentine said. "As a team, they have to not just teach, they have to make sure that they're teaching in a way that is choreographed. And they have to do 180 of those shows a year."

Seven schools in the county offer Spanish, one offers French and one offers Korean.

At the middle school level, where students can continue with the program, two schools offer Spanish and one offers French.

In middle school, the format of the program changes. Rather than spending half of the day speaking one language, the student takes two specialized classes in the middle of the day. Those classes focus on making the language a little more precise.

"They tend to come out of elementary school having learned in a natural way, the same way you and I learn language, but they haven't really been taught a lot of explicit grammar," Valentine said. "So now, what we do in middle school, is we help those students take this very fluent sounding language and we make it more precise."

The middle school classes also focus on the culture surrounding the language, so students can experience it through videos and songs.

How does it affect the children?

Valentine said the program can be frustrating for kids, especially kindergarteners who are just starting out.

"At the beginning, half of your day, your poor five-year-old is learning in Spanish," Valentine said. "That's not easy! And kids come home and they're a little more frustrated."

He said that when it is all they know, it is easier for them to adjust. Many students do not even recognize that it is unusual until first or second grade. Once they acquire some of the language, many students, even if they are usually shy, love to show it off.

Valentine is pleased that parents seem to understand that the program is a long-term commitment. The goal is for their students to graduate high school with an advanced language proficiency that will benefit them in whatever career field they choose.

The first kindergartners to ever participate in the program, which began in 2014, are now in middle school. Valentine said they have met all targets, so far. Not only that, but the middle schoolers are beginning to incorporate the language into who they are. They are proud of their ability.

Why Korean? Why French?

Valentine said Gwinnett County is one of the best places in the country to develop a Korean DLI program. Within the county, there are shopping centers where every sign is in Korean. Parents in the community want to maintain the culture and the language, either because they are Korean themselves or because they want their child to have a "bigger" life by providing opportunities they did not have.

French is one of the fastest-growing languages in the world, Valentine said, because of countries in former French colonies in Africa.

"Right now, the number one language of competitive advantage if you're a doctor and you want a job at the CDC is French because of all the work they're doing in sub-Saharan Africa," Valentine said.

When will the program expand?

Finding the right teachers for the job is a difficult task.

Valentine said they must not only be good teachers who are capable of teaching the curriculum, but they must also be bilingual and willing to work collaboratively with a partner teacher. Each school needs six teachers, one to teach each grade, kindergarten through fifth.

There will probably be an expansion to other schools, but that will come with time.

"The reason we have the success we have in so many things we do in Gwinnett, in my opinion, is that we're thoughtful," Valentine said. "And we're careful, and we measure."

How does registration work?

Registration for new kindergartners beginning school in 2021-22 closes on May 13 at 3 p.m. Interested families should complete the registration on their child's assigned elementary school's website.

Registration for the DLI program is separate from kindergarten registration, which can be started online.