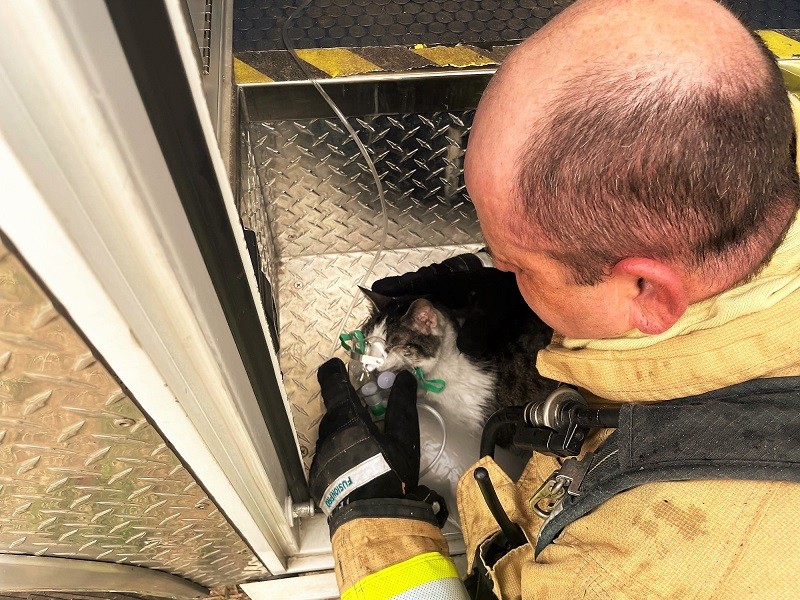 A firefighter administers oxygen to a cat rescued from a house fire outside Clarkesville Tuesday afternoon.
Habersham County Emergency Services 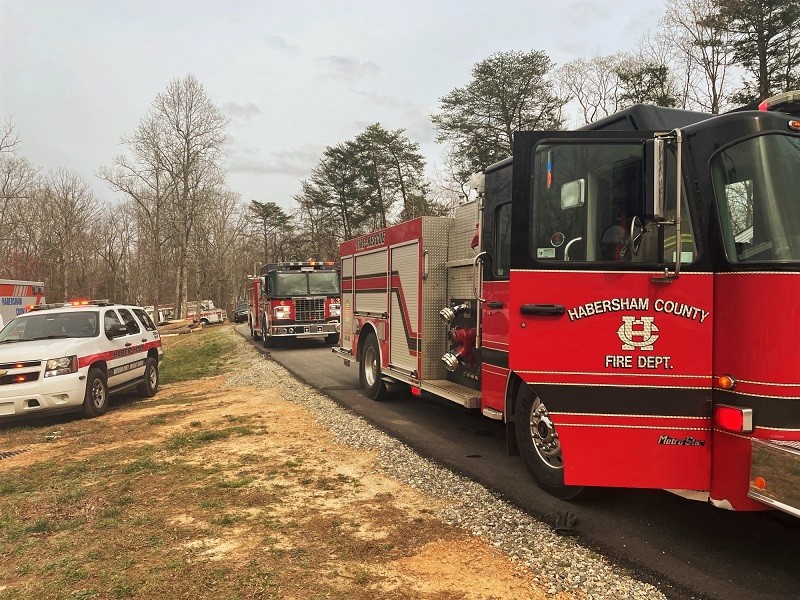 No one was hurt and a cat was rescued from a burning home off Ga. 17 outside Clarkesville Tuesday afternoon.

Crews made an aggressive attack on the fire and extinguished it.

People at the scene told firefighters the occupant was not home, but said she did have a cat inside the home.

“Fire personnel were able to locate the cat in a rear bedroom and remove it from the structure, where other personnel took it and administered oxygen due to its difficulty breathing from smoke inhalation and singeing around the mouth/nose area,” Black said.

The cat was turned over to Habersham County Animal Care and Control to be checked and housed for the night until the homeowner could make accommodations for the pet.

“The fire appears to have started on the front outside and the investigation continues by Habersham County Emergency Services,” Black said.

The fire made the home unlivable, Black said.

Units returned to service about two hours after the call.