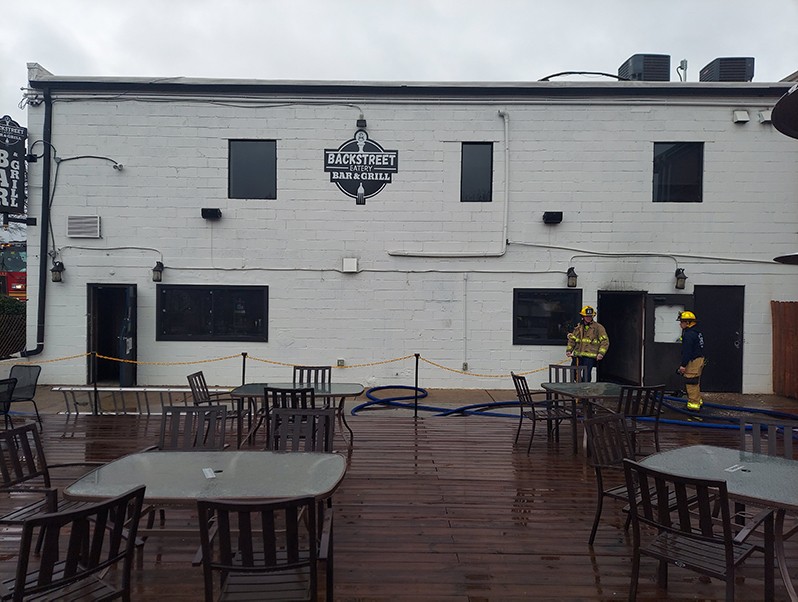 Fire investigators have ruled that a fire this morning at the Backstreet Eatery Bar & Grill in downtown Duluth was caused by "spontaneous combustion of oily rags."

According to a press release from Gwinnett Fire & Emergency Services, a worker at a neighboring business called 9-1-1 to report the fire. Crews arrived on the scene and forced their way into the basement of the two-story building. They were immediately met by thick smoke but were able to spot flames in two separate parts of the restaurant.

First responders quickly evacuated occupants of the business on the top floor of the building and surrounding businesses. Members of the Technical Rescue Team responded to the scene in case of a structural collapse, but were not needed. In the meantime, hazmat technicians located and stopped a carbon dioxide leak caused by the fire.

Fire personnel were able to push smoke from inside the building to the outside while the Rapid Intervention Team secured electricity and gas to the building.

It is unclear yet how much of the building was damaged from the fire. No one was inside the restaurant at the time of the fire and no injuries were reported.