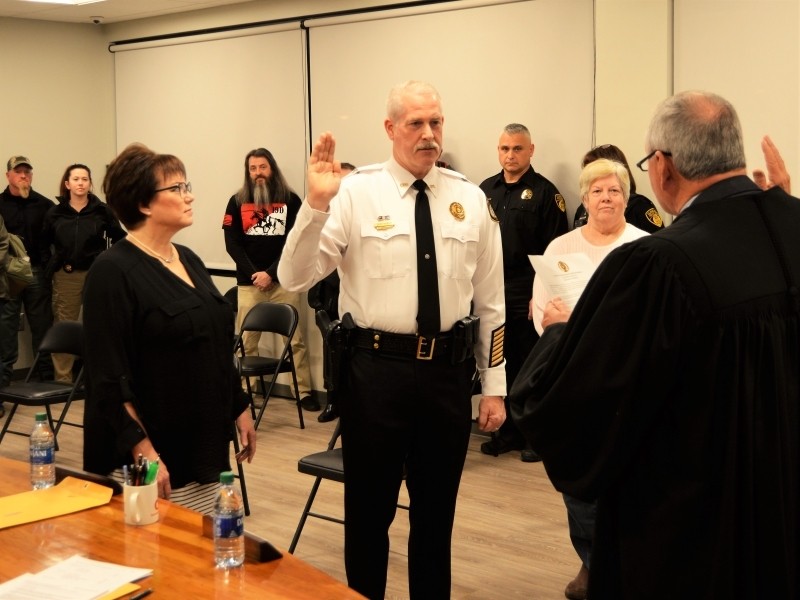 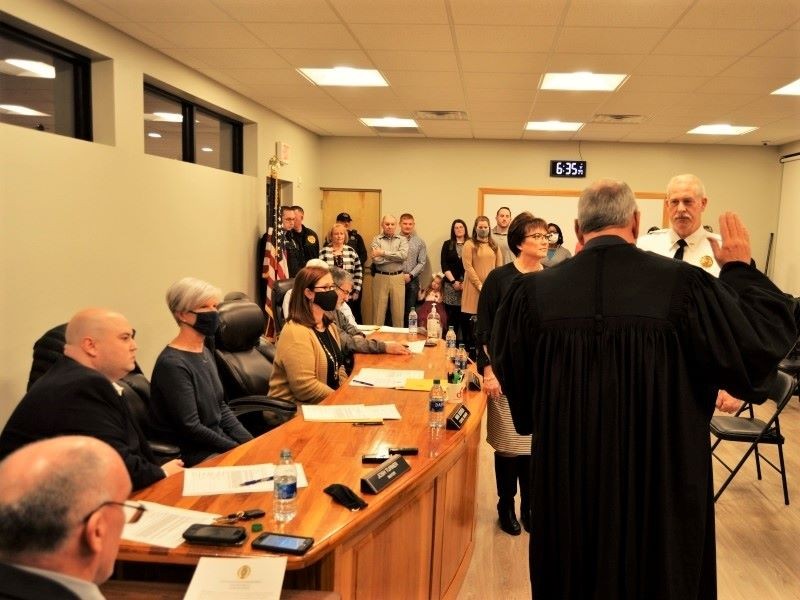 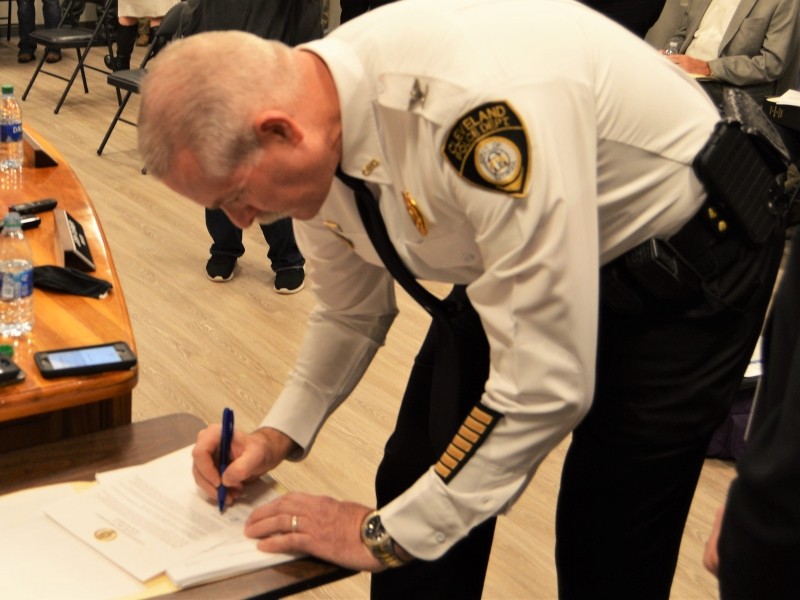 CLEVELAND – Jeff Shoemaker of Clermont is on the job as Cleveland police chief, following his swearing in by Municipal Judge Garrison Baker Monday night.

“I’m looking forward to hitting the ground with these fine men and women that work for Cleveland Police Department and serve the city council and the citizens of Cleveland,” Shoemaker said. “I’m just kind of at a loss of words for the opportunity that I have here.”

Shoemaker is quick to acknowledge the work of retired Police Chief John Foster, who joined the department in August 1997, was promoted to chief in October 2002, and retired Dec. 28, 2020.

“I think the foundation has been laid here by the predecessors that were here before me – I’ll say Chief Foster namely by his time that he spent here,” Shoemaker said. “His signature certainly has been left on this department and we only go upwards from here.”

Shoemaker said there are 16 members of the police department.

Standing with Shoemaker during the administration of his oath of office were his wife Andrea and his mother, Shirley.

“I do want to have a thoughtful approach to everything I do,” Shoemaker said. “Training has been my passion for the majority of my career and I really want to look and see where we’re at there and try to find ways as a cost-saving measure, but also to further the education and professionalism of our officers.”

Shoemaker said he plans to be active in the community as part of his leadership role.

“I will be in the neighborhoods personally, and you will see me on more than one occasion walking around on the square, so I will be highly visible,” Shoemaker said.