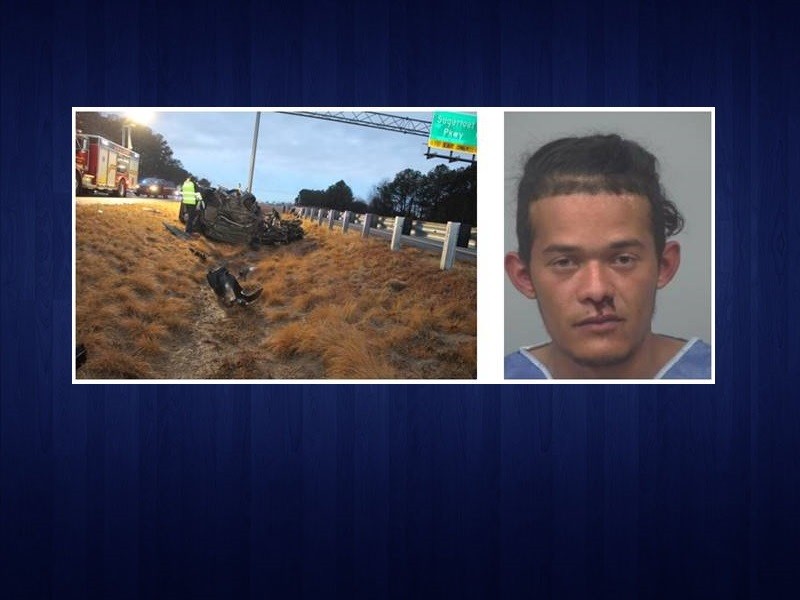 Two people died in a crash on Highway 316 early Sunday morning, according to Corporal Collin Flynn with the Gwinnett County Police Department.

Officers responded to the single-vehicle crash just before 6 a.m. on 316 Eastbound near Sugarloaf Parkway. They found that the car, a Chevrolet Malibu, went off the road and hit an overhead signpost and a guardrail, causing it to roll.

The two passengers in the car died at the scene and the driver, who has been identified as 24-year-old Christian Velasquez, was taken to the hospital.

Velasquez was released from the hospital and arrested for DUI, two counts of Homicide by Vehicle 1st Degree, Possession of Methamphetamine, Driving Without a Valid License, and Reckless Driving.

The names of the passengers have not yet been released.