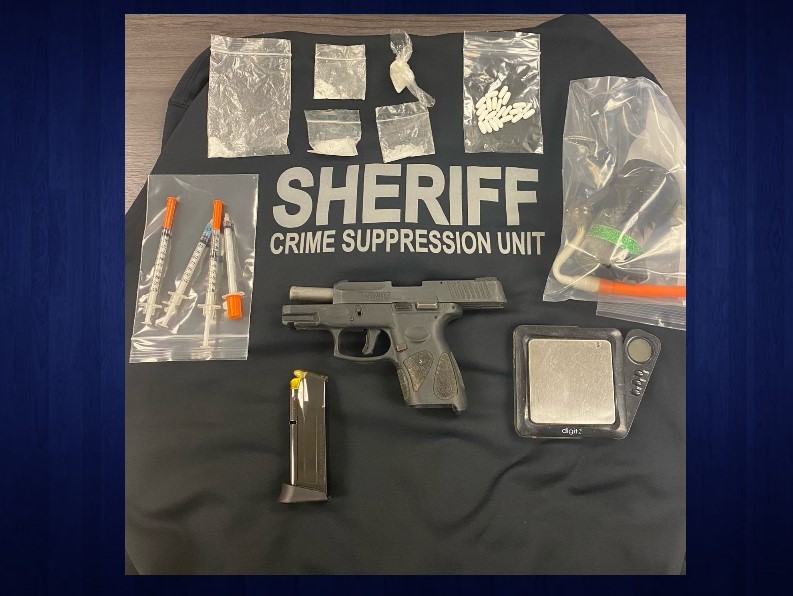 A Gainesville woman was arrested earlier this month after a traffic stop where deputies found a significant number of drugs, as well as a weapon.

Teresa Joy Stiltner, 53, was stopped in Dawsonville on Kelly Bridge Rd. when a K9 deputy found multiple drugs in the vehicle. The Dawson County Sheriff’s Office has confirmed that Stiltner faces eight felonies and multiple misdemeanors. She was not only found with multiple drugs but also a 9 mm pistol, and she was driving under the influence.

Stiltner admitted to having smoked methamphetamine prior to driving. In her vehicle, officers found dozens of pills not in their original container, a smoking device with suspected methamphetamine inside, and a scale. Inside her purse, they also found several needles for injecting drugs, two of which are suspected of containing liquid meth.  Stiltner is reported to have also admitted to deputies that she sells narcotics.

When being processed in the detention center, deputies located additional narcotics, which led to additional felonies. More pills and numerous bags of individually-wrapped bags of meth were found on her at that time.

Stiltner also had warrants out of Forsyth County, pertaining to meth possession and burglary charges.