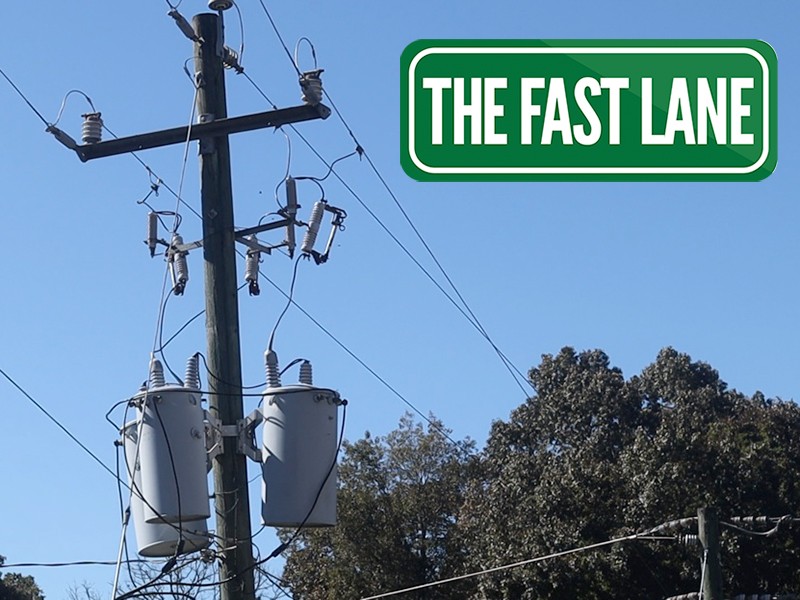 Whenever storms move through, one of the biggest dangers they create is downed power lines.

They can happen on roads or on private property and create hazardous situations wherever they are. Jackson EMC Safety and Training Coordinator Stephen Poole says the most important thing to know about downed power lines is to never touch them.

"If you see any kind of wire on the ground, stay away from it, because it's almost impossible to tell phone wire from cable TV from power lines and at the same time, even a phone or cable TV wire could be entangled in a power line farther down, so it could be energized just like the power lines," Poole said.

It's also important not to drive over them if they fall in the roads. Poole said the threat of electrocution still exists even if you're inside your vehicle, so the first thing you should do if you see downed lines is stop and call 911 so that crews can block of the road and remove the lines safely.

If someone finds themselves in a vehicle that has power lines either on top of or underneath their vehicle, Poole said the safest thing to do is remain in the vehicle.

"Don't touch anything other than perhaps your cell phone to make a phone call. If other people start to come to try to render aid, tell those folks to stay away as well," Poole said. "They only time they need to leave the car is if it were to be on fire or something where they have to get out of the vehicle. If that's the case, they need to open the door, use both hands to open the door. When they jump, they need to jump clear of the vehicle so they're not contacting it or any power lines and the ground at the same time and then preferably hop or shuffle their feet to get away."

Depending on how widespread storm damage is, Poole said it could take crews anywhere from a few minutes to an hour or more to get on scene to clear downed lines. In the meantime, he said it's important to pay extra attention to surroundings if a storm has moved through because lines can be entangled in downed tree limbs and not be immediately visible.

To hear more from Jackson EMC Safety and Training Coordinator Stephen Poole, click play on the video above.