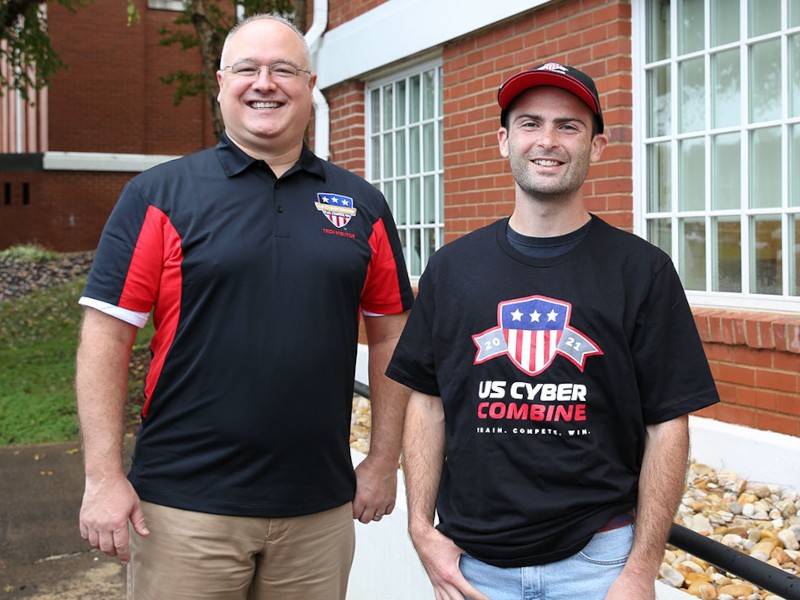 A student from the University of North Georgia has made the first-ever U.S. Cyber Team and will compete in the International Cybersecurity Challenge in June in Athens, Greece.

Hitt said he competed in his first cybersecurity competition before he was a student at UNG, but he dove into it further upon enrollment at the university.

“I started with the NSA codebreaker, I think was one of the big ones,” Hitt said. “Also, the National Cyber League which UNG competes in, we have individual competitors and then a team competition after the individual. As I progressed and liked it more, I just tried to get my hand into all the different competitions that UNG does.”

Eventually, Hitt said he found out about the U.S. Cyber Team, was invited to the combine, and was then accepted as a wildcard competitor on the team during the draft day on Oct. 5.

“[It was] kind of surreal,” Hitt said. “I’m hearing the names get called … and there’s always that, ‘oh, maybe I won’t get called,’ but then you finally do get called.”

While Hitt was the only UNG student to make it onto the team itself, five other UNG students made it into the combine over the summer.

Bryson Payne, a professor of computer science and cybersecurity and the coordinator for student cyber programs at UNG, is also a coach for the 2021-2022 U.S. Cyber Team.

Payne said he was very excited to learn that Hitt had made the team.

“It’s a great honor, we’re really proud to see Taylor start his career this way,” Payne said. “It’s going to be great to see him train and compete alongside these top 25 athletes.”

Payne said when Hitt and his teammates compete in the International Cybersecurity Challenge from June 14 through June 17, 2022, they will be involved in multiple cybersecurity-based events.

“They’ll be able to demonstrate their skills in cryptography, forensics, reverse engineering, web hacking and what we call binary exploitation,” Payne said. “Sounds crazy, but it just means that they learn how to break programs and make them do something they weren’t intended to do.”

Leading up to the competition, Payne said the U.S. Cyber Team will be involved in several scrimmage events, including an exhibition event against a European team this fall.