5 Things: What we learned from Week 8 of high school football 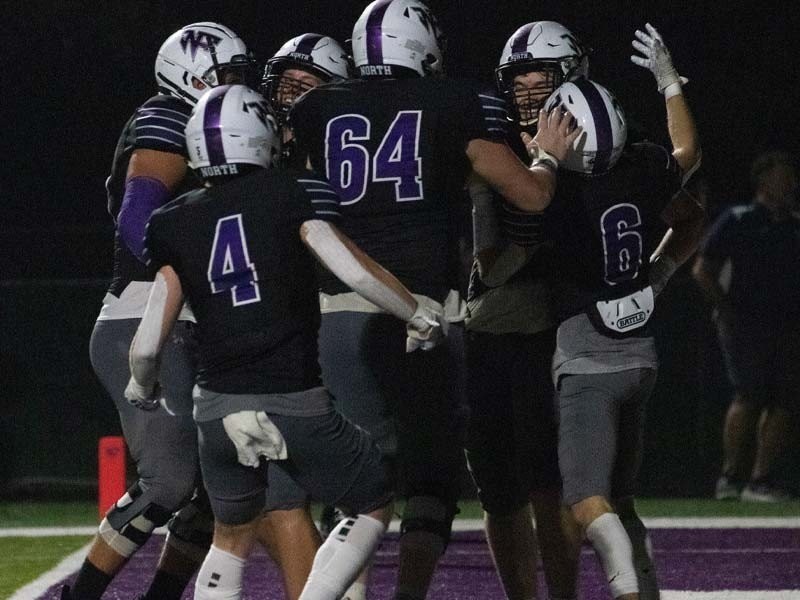 The playoff picture gets clearer with each passing week, and Friday night featured a number of standout performances to help shape the region standings.

Here are five things we learned in Week 8:

Much of the talk entering Friday night's key Region 8-A Public matchup between Commerce and Towns County centered around Indians' star running back Kyle Oakes, and for good reason. The senior entered the game leading all of Class 1A-Public in rushing. When the Tigers got on the bus to leave Hiawassee, however, there were two other running backs dominating the conversation: Jaiden Daniels and Dreylan Martin. Martin having a big impact after returning from injury was no surprise, as he entered the season being considered Commerce's best offensive weapon. Daniels, on the other hand, has been a new discovery and a shot in the arm that has energized an option attack that was averaging just under 13 points per game through the non-region schedule. After a 309-yard performance in the region opener at Greene County, Daniels had another monster performance, running for 201 yards. Martin returned to the lineup and added 144 yards of his own to pace a 28-20 win that keeps Commerce alive for the region title. If they can continue to improve offensively, winning a second straight region champsionship might not be the longshot it seemed like a few weeks ago.

2. Darius Cannon is the most electric player in 7-3A

There are some outstanding offensive skill position players in Region 7-3A. Cherokee Bluff and North Hall running backs Jayquan Smith and Kevin Rochester have had strong seasons, as has Dawson County receiver Bailey Dameron. None of them, however, have been quite as explosive as White County receiver Darius Cannon. The junior had a breakout sophomore campaign, but has taken things to another level in 2021. He has been able to make explosive plays against any defense the Warriors come up against, and Friday night at West Hall was no exception as he caught a screen pass and weaved through the Spartans defense for a 63-yard touchdown. The week before that, he had two touchdown catches and a punt return touchdown at now-region-leading North Hall that totaled 69, 73 and 62 yards respectively. White County is now once again alive in the playoff race after winning at West Hall 42-0, but they will need more strong performances down the stretch to get in. With Darius Cannon outside and Silas Mulligan at running back, they appear capable of scoring on any defense on their schedule.

3. Chestatee is still alive in the 8-4A playoff race

It's been a season of ups and downs for Chestatee. While head coach Shaun Conley and his team probably feel like there are a couple of games they let slip, it would be hard to be disappointed in where the War Eagles stand with just four games left to play in the regular season. After going a combined 3-27 from 2018 through 2020, they now sit at 3-3 and 1-1 in Region 8-4A play after winning a wild shootout over East Hall at the Lynn Cottrell Complex Friday night 62-50. The win came after back-to-back losses, including a 48-20 loss to North Oconee to open region play the week before. It continues to be quarterback Luke Bornhorst and the offense leading the way, as they average 34.5 points per game more than halfway through the season. Although tough matchups with top-ranked Jefferson and Flowery Branch still loom, other games like this coming Friday's road trip to Madison County will provide the team with a chance to get back in the playoffs for the first time since 2017. After the struggles of the last three seasons, getting to play meaningful football in October and perhaps even November is a significant improvement. Now we'll see if the War Eagles can cash in on the opportunities they've earned.

4. Region 8-5A continues to eat itself, to the aid of Jackson County

While Jackson County was polishing off the most lopsided win in program history Friday night, Region 8-5A's playoff race continued to get more confusing around them. The Panthers routed Johnson in Oakwood 63-0, putting up their second-highest point total ever and winning their second straight in region play. They now enter their BYE week and they may want to buy some popcorn because while preparing for Eastside the following week, they'll get the luxury of watching the craziness that has been Region 8-5A play from the sideline for a change. The only thing clear so far is that defending region champion Clarke Central is once again in control, as the Gladiators are off to a 4-0 start in region after a blowout win over Walnut Grove Friday night. However, Loganville, who started 2-0, has now lost two straight after being upset by Eastside 10-9. This coming Friday, Clarke Central will travel to Greenbrier, who is 2-1 in region play, and Loganville will host Johnson. Jackson County will know more about what they need to do over their final three games to get into the playoffs than they did entering the Johnson game Friday. Most important now though is that they continue to play their best ball as they have for the past two weeks as they now approach a critical three game stretch to end the season with Eastside, Greenbrier and Apalachee.

5. Despite early region losses, Gainesville and North Forsyth have everything in front of them

In most regions, losing early in region play would put you in a hole in the region championship hunt. Not in 6-7A. North Forsyth lost their region opener to Denmark and Gainesville fell to Lambert two weeks ago. However, both teams are still well within striking distance of the 6-7A crown. Denmark is leading the pack with a 3-0 region start, but South Forsyth put another dent in preseason favorite West Forsyth's hopes with an overtime win over the Wolverines in Cumming Friday night. Both North Forsyth and Gainesville have still yet to play the now-second place War Eagles, providing opportunities for both to climb the ladder in the coming weeks. Parity is the name of the game in this region as every week seems to provide another standings-flipping upset. The Red Elephants will get set to host South Forsyth at City Park Stadium this week and it will be the biggest game of the year so far for a team trying to win its first region championship since 2013. The Raiders, meanwhile, will need to avoid an upset as they travel to a Lambert team just two weeks removed from that big win over Gainesville. The downside of a region like this is that you can lose any week. The upside is, you have a chance every week and it takes much more than one bad performance to knock a team out of contention.

(Buford, Cherokee Bluff, and Gainesville all were off this week.)