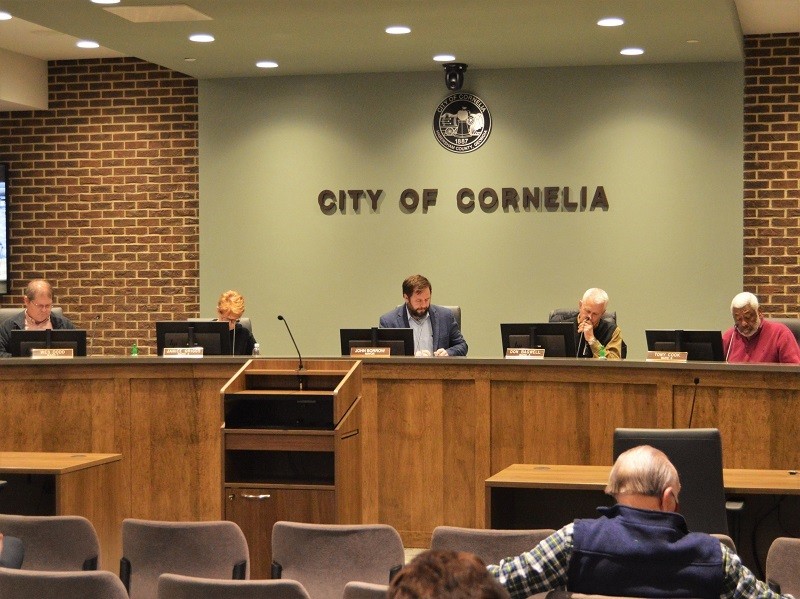 CORNELIA – A ransomware attack on the City of Cornelia is still being felt by city government and customers as the investigation into its origin continues.

City Manager Donald Anderson updated the city commission during its meeting Tuesday night, saying the city’s data had been restored to city servers only a couple of hours before.

“As if COVID and project delays were not enough, Cyber hackers decided to make sure that 2020 ended in a truly dreadful manner,” Anderson said. “On Dec. 26, the city was hit with a ransomware attack we are still recovering from. Our IT director is still rebuilding our network, so since we left for Christmas break on Dec. 23 until 3:30 this afternoon we’ve only been able to answer phone calls and emails.”

Anderson said he hoped the city’s accounts payable software was back up and running as of the close of business Tuesday but said the rest of the network will take longer to restore.

Anderson said city employees have been able to collect property tax payments but are having to issue paper receipts that later must be entered into the computer system once it is restored.

During Tuesday night’s meeting, the commission voted unanimously to amend the city’s 2021 budget to create an information technology specialist position to work under the IT director to help maintain city information systems.

“During the budget process, our IT director requested a new position to help maintain our extensive IT system,” Anderson said. “At the time, I did not agree that there was a need for the position, so instead I placed $30,000 in the budget for contract services to help manage the system.”

In the city commission work session preceding the voting meeting, commissioners asked what would have happened had the city’s IT director suffered from COVID-19 or been incapacitated when the ransomware attack occurred.

Anderson admitted he made an error in judgment by denying IT Director Jeremy Dundore’s request for the additional position during the budget process.

Anderson said the ransomware attack opened his eyes to the need not only for the position, but also the redundancy it would create since currently the city’s IT director is the only in-house information technology employee and there is no viable backup plan.

Anderson said the new position would help alleviate that concern.

Dundore and Anderson said the city was only one of a number of local entities affected by the Dec. 26 ransomware attack.

“After the events of the past week and a half, I have been more educated and I now see that there is a need for this position,” Anderson said. “We will utilize the money allocated for contract services to help with the cost of this position, and I’m confident as the year goes on there will be other savings that will help to offset the cost of the new position.”