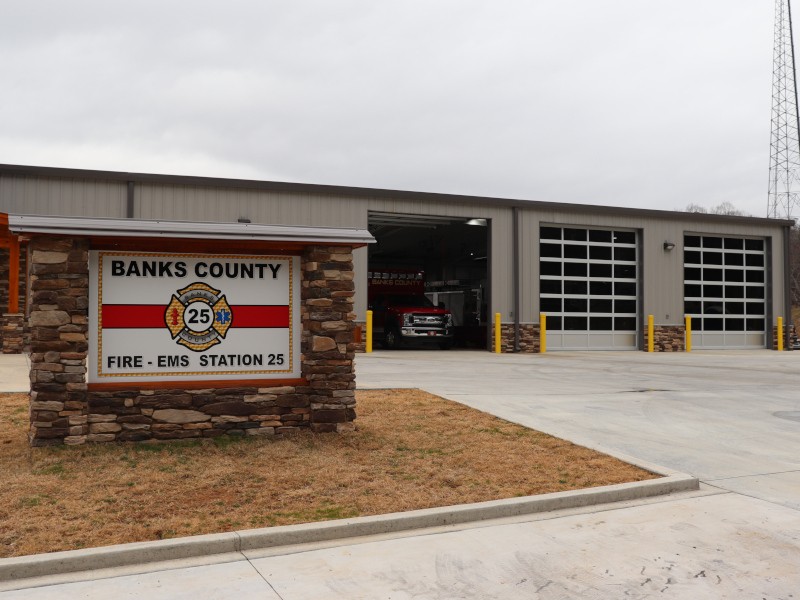 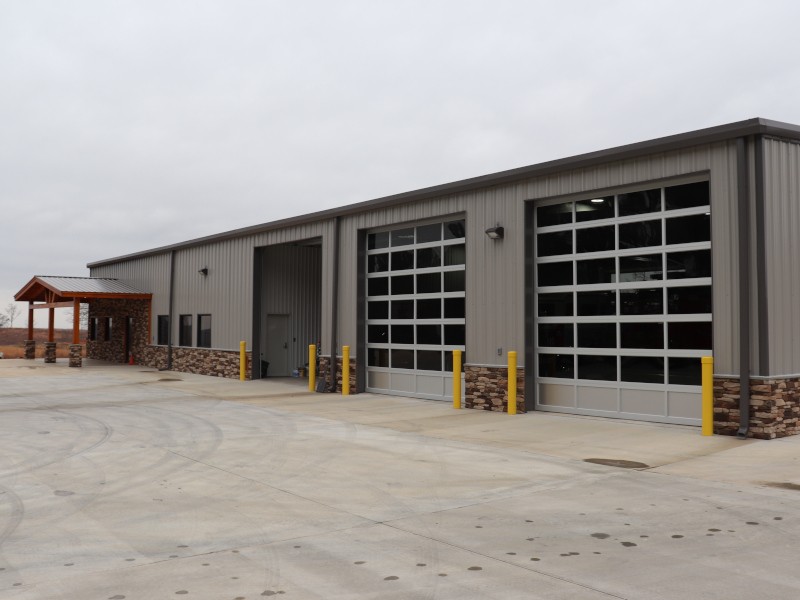 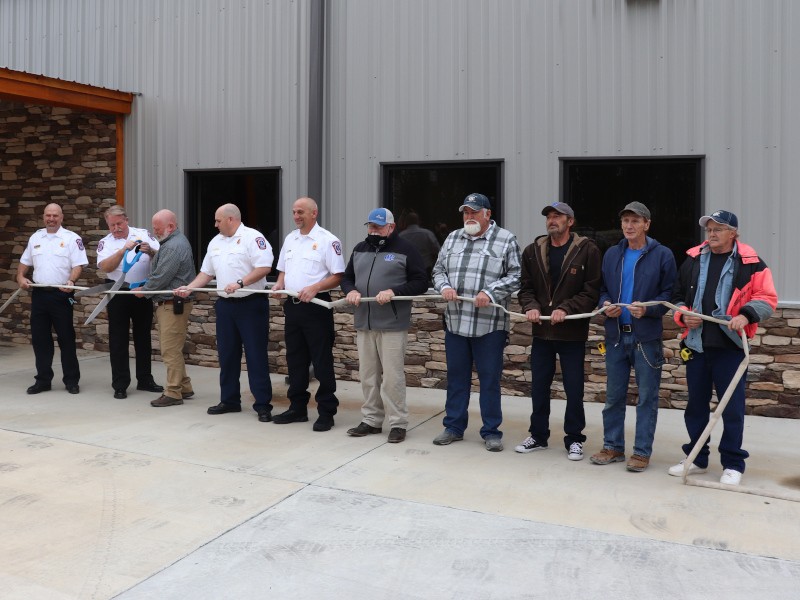 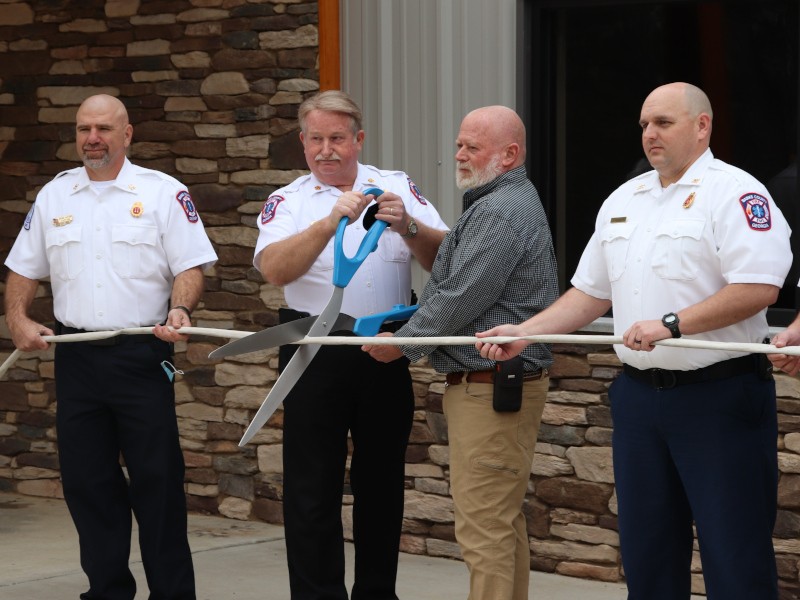 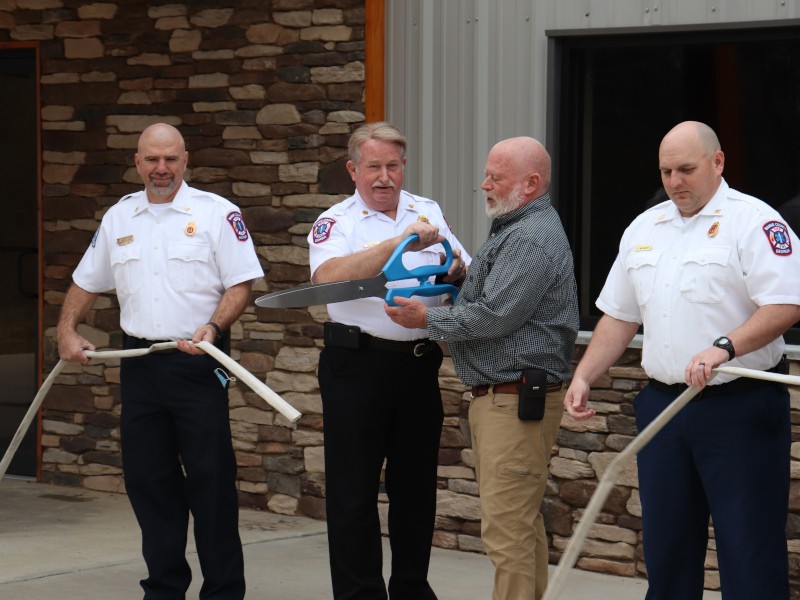 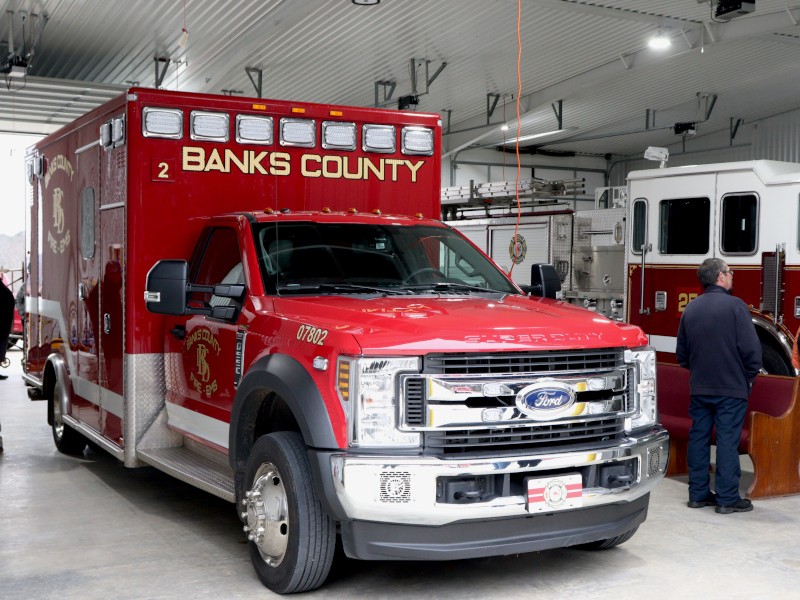 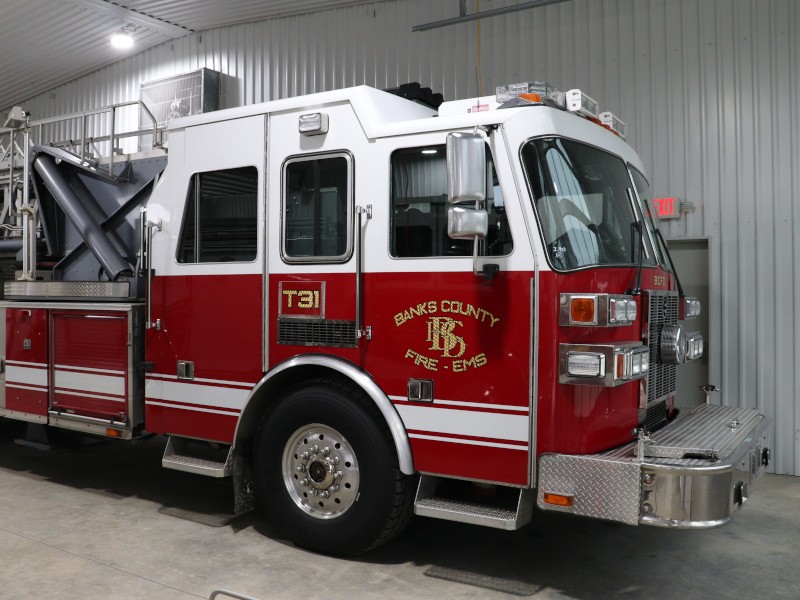 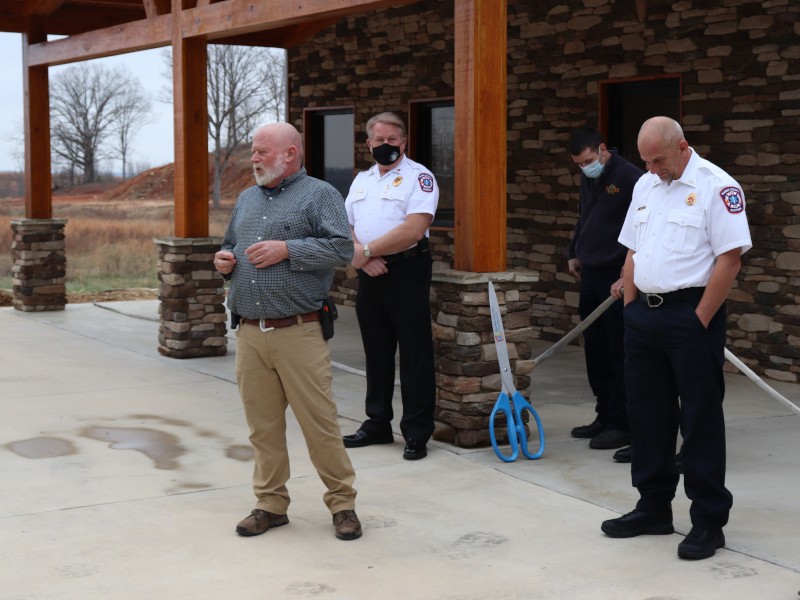 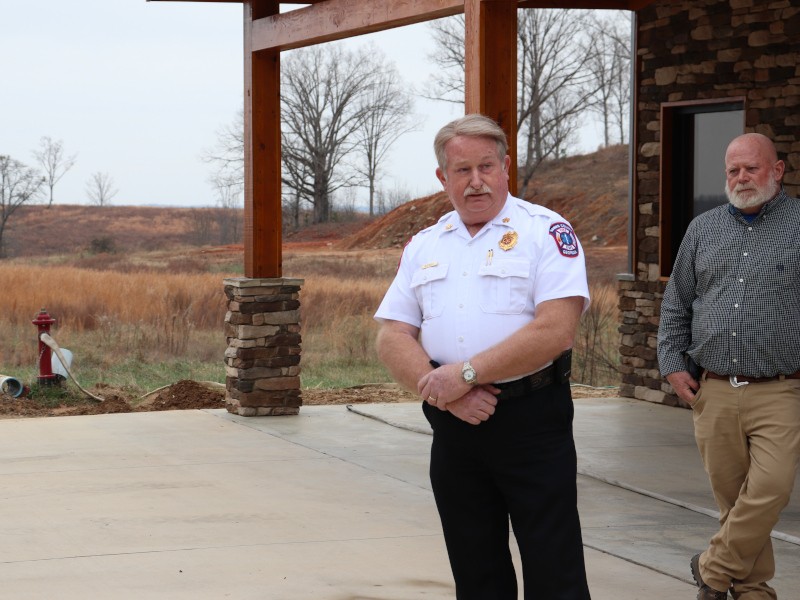 After several years in the works, Banks County’s latest fire station opened its doors to the public for the first time Wednesday at a grand opening and ribbon-cutting event.

Fire Station 25 is located just off North Old Hwy 441 in Northern Banks County, a region that was previously serviced by a contract with the City of Baldwin.

According to Banks County Commission Chairman Charles Turk, the new station is much needed for faster response times for the northern part of the county.

“Right now, we’re having to run a lot of calls up right below Baldwin at the nursing home and that’s probably going to be here to stay, and Mount Vernon Mills, it gives us a little better coverage there. This has become an area where this is probably where we’re getting our second most calls besides the interstate down there”

Turk says the new station will open as a full-time station, with a med unit, an engine company and a ladder company.

The med unit will be moving to Station 25 from Station 21, which is located about three miles south of Station 25. Banks County Fire Chief Steve Nichols said Station 21 will remain in place but will instead become a volunteer station.

Station 25 has six bunk rooms, a meeting room, a kitchen and three vehicle bays. Turk said there is also a chance that Fire Station 25 operates as a voting precinct for the county.

According to Turk, the future was kept in consideration when considering the amenities present in the fire station. While it will begin operation with three full-time staff members, it has the possibility to staff four.

“We also built extra bunk rooms so that if we had a storm up here and the other shift had to stay, or we had other people that needed to come that [were] working a storm … they would have some extra room,” Turk said.

According to Chief Nichols, the building is expected to be staffed in about two weeks, but in the meantime, the equipment in the station can still be used by Banks County Fire Emergency Services if necessary.

With its full operation on the horizon, Turk thanked taxpayers for their support in the years leading to this moment.

“I really appreciate the citizens voting in the SPLOST, because this was all bought with SPLOST money … it’s good that we have that ability to do that so that … we can have real nice equipment and real good service. So I’m tickled to death that we’re finally getting this thing open and getting her functioning” 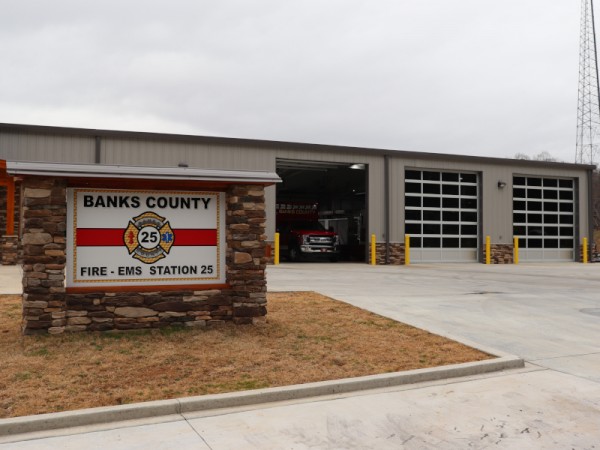 Loeffler, Perdue run hard-line pitch in swing state Georgia
Georgia Sens. David Perdue and Kelly Loeffler are appealing to the most conservative factions of a diversifying Georgia electorate as they try to win Tuesday runoffs that will determine control of the U.S. Senate 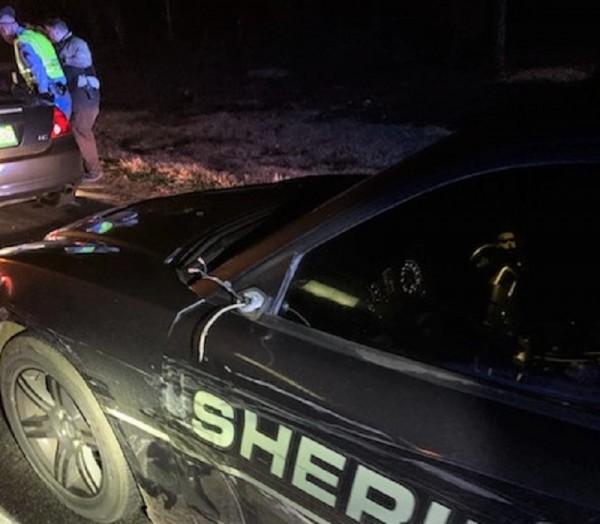 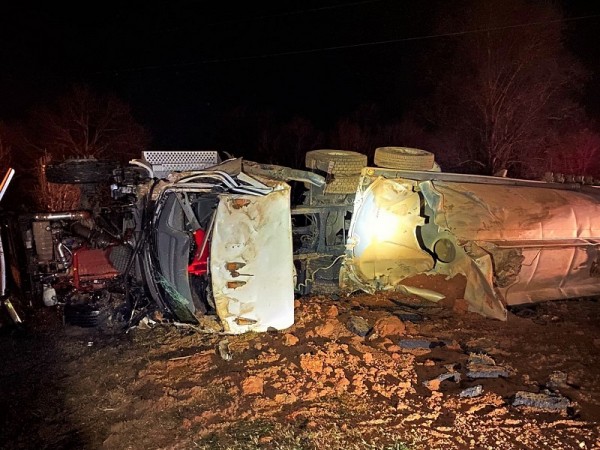 Distracted tanker driver crashes, shuts down U.S. 441, prompts evacuation of Banks County homes
The driver of a gasoline tanker that crashed on U.S. 441/Ga. 15 in Banks County on Christmas was distracted at the time, according to the Georgia State Patrol.
By Rob Moore 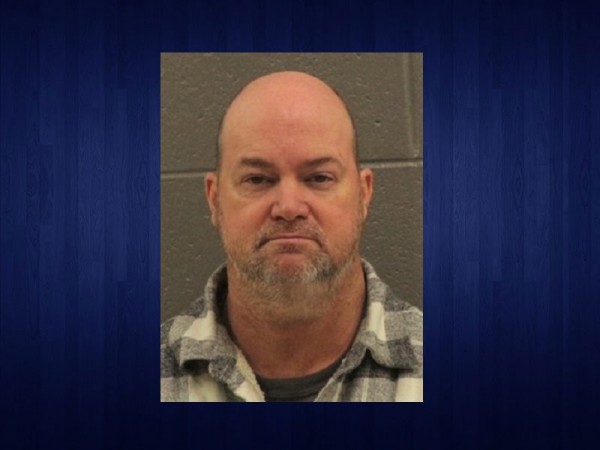 UGA employee charged with firing shot that struck Toccoa woman’s car Dec. 11
A Toccoa man will spend Christmas in jail after being charged in the Dec. 11 shooting of a woman’s occupied car on Ga. 63 in Banks County.
By Rob Moore 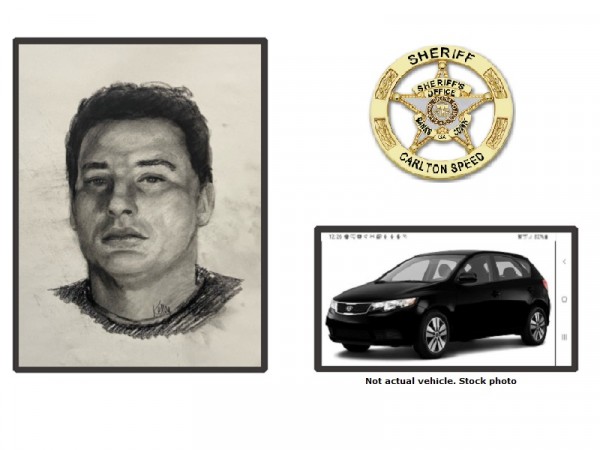 Banks County seeking man who shot woman’s car on Ga. 63
An unknown man intentionally shot a Toccoa woman's car as she drove on Ga. 63 near Ga. 51 Friday afternoon and Banks County sheriff’s investigators want the public to help them identify him.
By Rob Moore 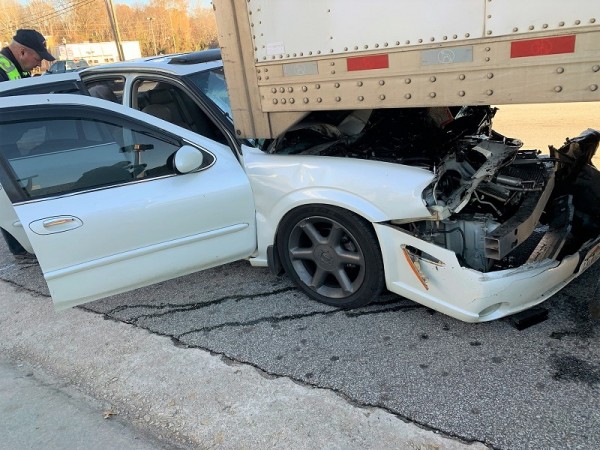 Driver escapes injury after car becomes trapped under truck at Banks Crossing
Banks County Sheriff’s Office officials said the victim of a Friday-morning wreck victim is blessed to be alive due to the magnitude of the crash.
By Rob Moore
Privacy | User Agreement | Contact | Advertise With Us
2021 © Jacobs Media Corporation. All rights reserved. EEO Report. Website by Full Media
Login / My Access
close
Search