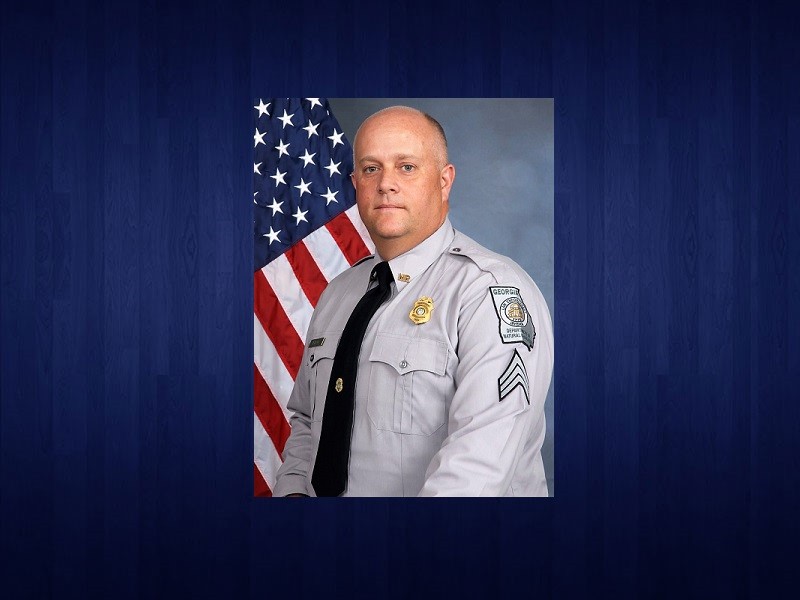 Stan Elrod, a captain with the Georgia Department of Natural Resources, was struck and killed by a vehicle last night while jogging in Madison County.
Contact Editor

A Danielsville man faces first-degree vehicular homicide and other charges in a wreck that claimed the life of a long-time law enforcement officer in Madison County Thursday night.

Arvil E. Hamons, 31, was charged by the Georgia State Patrol after striking pedestrian Stanley Curtis Elrod, 49, of Danielsville, a law enforcement captain with the Georgia Department of Natural Resources, on Hunt Road.

Around 7:40 p.m. Thursday, troopers from Post 32 Athens responded to the crash involving a maroon 2008 Chevrolet Cobalt and Elrod.

The car was traveling north on Hunt Road when the driver failed to maintain his lane and struck a pedestrian on the southbound side near the shoulder, said GSP Lt. Stephanie Stallings.

Elrod died at the scene.

In addition to the felony first-degree vehicular homicide charge, Hamons faces felony charges of driving under the influence of drugs, possession of a Schedule II controlled substance, transactions in drug-related objects—third or subsequent offense, and possession of a firearm or knife during the commission of or attempt to commit certain crimes, as well as misdemeanor charges of reckless driving and failure to maintain lane/weaving over roadway, Madison County jail records show. Hamons previously was arrested in Madison County on Aug. 25 and released Aug. 26.

Elrod had served as caption over DNR Region II-Gainesville for just over a year.

Specialized Collision Reconstruction Team B is investigating the incident in conjunction with troopers from Post 32.

A 28-year veteran of DNR, Elrod previously served in White County and other counties in Northeast Georgia.

A graduate of Georgia Southern University with a bachelor’s degree in criminal justice, Elrod graduated from the 14th Game Warden Academy on July 2, 1993.

Gov. Brian Kemp took to social media Friday morning to pay tribute to Elrod, saying, “Yesterday, we lost a great man. Georgia Department of Natural Resources Capt. Stan Elrod was a proud husband, father, and public servant who worked tirelessly to positively impact people’s lives. Capt. Elrod was struck and killed by a motor vehicle while physically training in Danielsville last night. His death is devastating for his family, colleagues, and the State of Georgia. Please join Marty, the girls and I in praying for his loved ones as they mourn.”

A statement by Georgia DNR Law Enforcement Division this morning reads as follows: "The Georgia DNR Law Enforcement Division is mourning the sudden passing of Capt. Stan Elrod, a 28-year veteran of the Division. Capt. Elrod was struck and killed by a motor vehicle the evening of Sept. 3 while on duty and physically training in Danielsville. He was a committed officer and supervisor, having risen to the position of region supervisor over our Region 2 office in Gainesville. He will be remembered for his selfless service and complete devotion to the safety of his fellow officers, fellow Georgians, and his state's natural resources. We are beyond grateful to have worked with and known Capt. Elrod, as he truly made us all better through his example. The hearts of the 1,800 members of the DNR family go out to the Elrod family during this time of great sorrow."