Sterling on The Lake rezoning application leads to unanswered questions 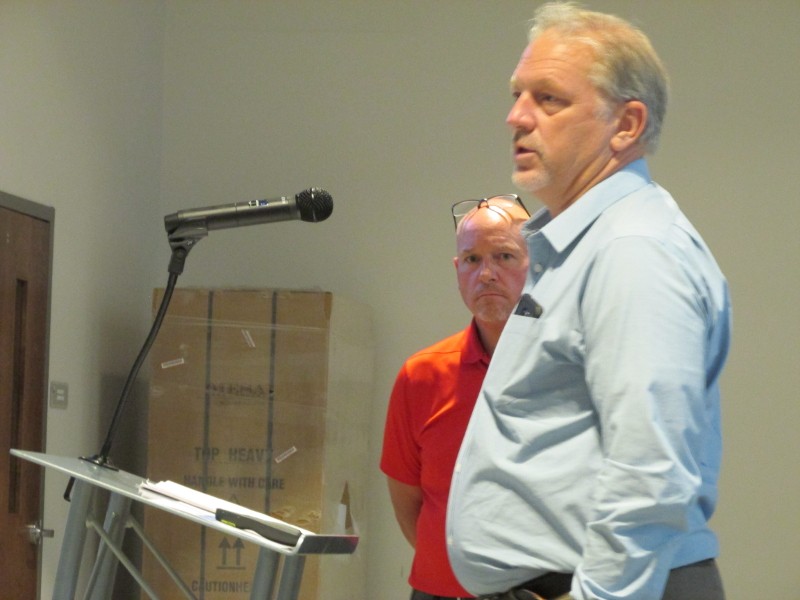 FLOWERY BRANCH – An application to slightly amendment the zoning of a portion of Flowery Branch’s largest neighborhood was met with questions and concerns Thursday evening.

Most of those questions and concerns came from the members of the Flowery Branch City Council, all six of whom, including the mayor, live in that neighborhood.

Sterling on The Lake (SOTL) is Flowery Branch’s largest residential subdivision, 1007-acres annexed into the city in November, 2001, and zoned as a Planned Unit Development (PUD) for up to 2000 housing units.  At present it is roughly three-quarters built out.

NNP-Looper Lake, LLC, is asking for a zoning modification on an area within the subdivision referred to as the Honeycutt Tract, an 85.6-acre parcel that currently shows 214 building sites.

The developer is asking that the zoning on that parcel be changed from PUD to Modified PUD, allowing for several things to take place as a result:

Rich Atkinson, Director of Planning and Community Development for Flowery Branch, presented the application to the city council and said at the end of his presentation, “Overall staff is in favor of this approval, but I did want to point out a few things.”

“Sterling is its own small city…it has its own set of events, pools, parks, open space…and geographically some people don’t even know it’s in the city, it’s so far away from downtown” he continued.

“Those are some things that I felt compelled to mention, professionally, that give me pause whenever I see privatization come up,” Atkinson said.

Kedrick Scott of Rochester and Associates in Gainesville spoke initially regarding the project, but was unable to provide some of the requested legal and fiduciary answers to council member comments and questions.  He was joined at the podium by Chris Whittaker of Newland Development on behalf of the developer.

“My number one concern,” Mayor Mike Miller said, “is this has already been advertised, that this is happening, and you’ve got a builder advertising it and it’s not been approved through us.”

Miller then said, “And I’ve got a hypothetical (question) to run by you.  Ten years from now, twelve years, when the roads in this part need to be redone, and the people that live in there say, ‘Holy smokes, that’s expensive to do roads. We don’t have the money to do that.’ What happens…does it fall back to the (general) homeowners association?  Are the rest of the homeowners on the hook for that?”

Whittaker was asked if the sub-HOA could dissolve and then force the city to accept the roads as part of the network of other roads currently in SOTL.

City Manager Bill Andrew joined the questioning.  He asked the men about a detail in the rezoning request.  “In the application it states the city would be bringing in $186,700 in (property) taxes from the 214 properties…it sounded a little high…and so we did the math backwards on 214 properties…with our current millage rate, and each home would have to valued by the tax office…at $668,221 on average…or in the market as a $750,000 house.”

Whittaker replied, “I don’t have that data…but I can get it and come back to you.  We’ll pull together some supporting documents on what your questions are regarding the HOA. ”

“I’m just going to be on record that I’m going to have to see a very hefty sum of reserve funds for the amenities and the roads and all that to protect the other 1800 residents,” Miller said.

Some people say in business timing is everything; if so, then the timing of NNP-Looper Lake’s application couldn’t be any worse: it comes on the heels of a 50% increase in homeowner association dues for residents in SOTL.

Miller said after the meeting, “When you gate a community, those homeowners are responsible for the private roads at that point.  We would still have 1800 homes that could potentially be on the hook for some of those things should something happen.”

The rezoning request by NNP-Looper Lake, LLC, will be considered again at the city council’s work session/voting session on September 3rd.