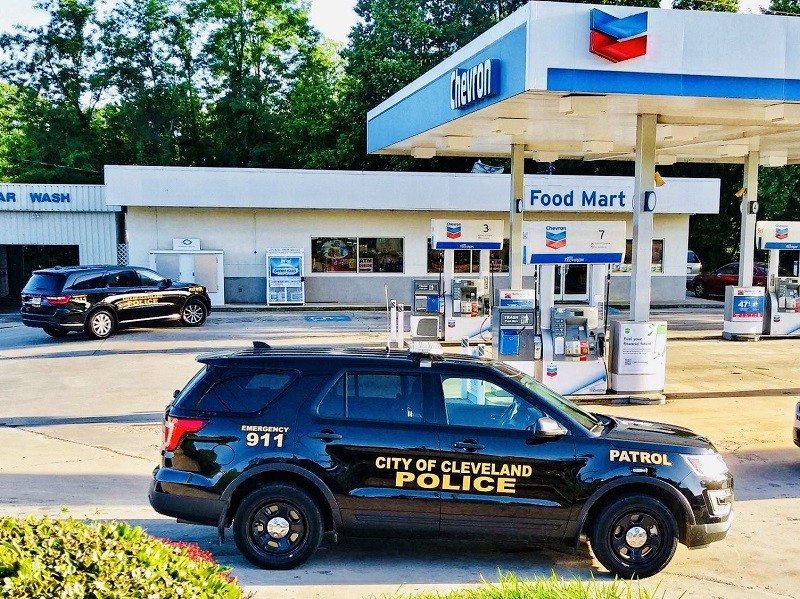 A man and woman accused of robbing a Cleveland convenience store at gunpoint Saturday night were arrested in Habersham County.

“On May 23 at approximately 6:18 p.m., a male entered the Chevron convenience store on East Kytle Street in the city of Cleveland brandishing two firearms and demanding money,” said Cleveland Police Lt. Donna Sims.

The clerk complied and the man left the store, getting into a small white car driven by a female with dark hair.

When officers arrived, they obtained a description of the car and suspects and issued a lookout to area counties.

“A short time later, a Habersham County deputy saw a car matching the description given and conducted a traffic stop,” Sims said.

That traffic stop occurred on Ga. 105 (Cannon Bridge Road) at Double Springs Road outside Demorest. The individuals were detailed by personnel from the Habersham County Sheriff’s Office and Demorest Police Department and turned over to Cleveland Police Department officers.

No one was injured during the robbery or the arrest.

“The stolen money and two guns were recovered,” Sims said.