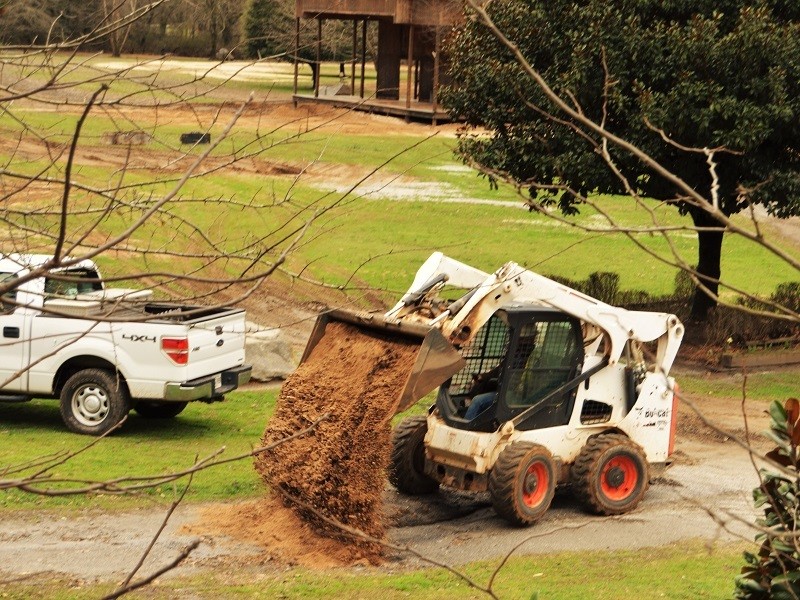 Clarkesville crews use sand to level a section of the walking trail at Pitts Park Wednesday afternoon.
Rob Moore 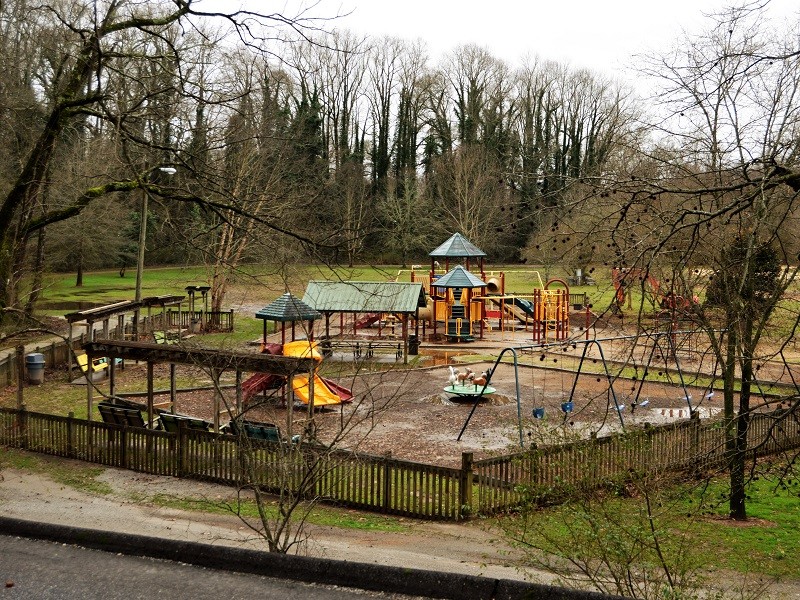 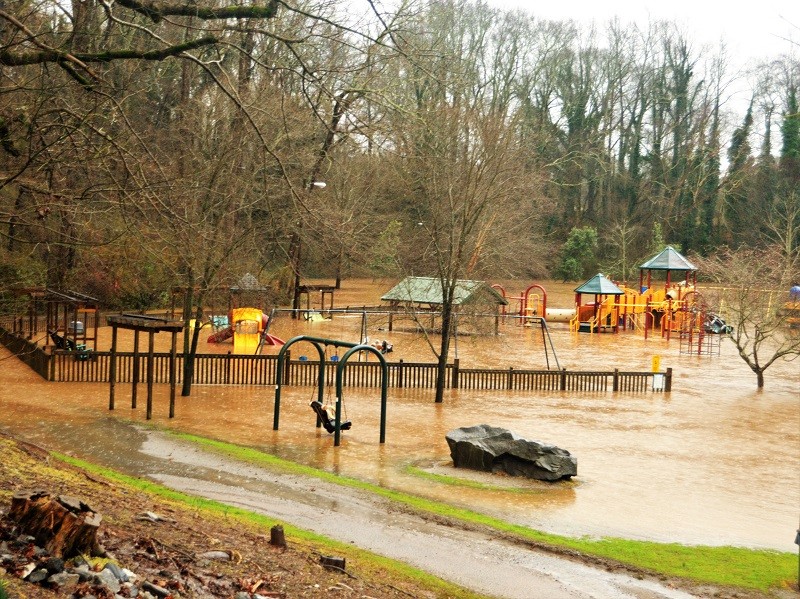 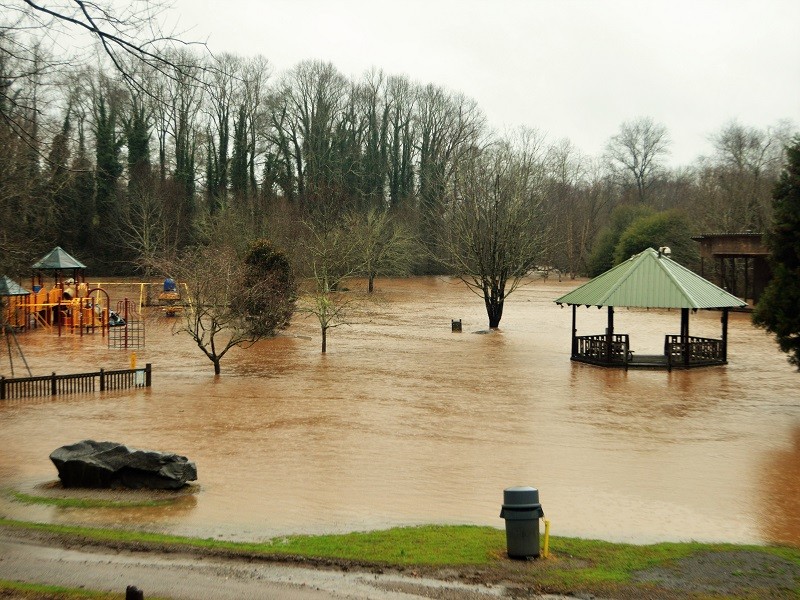 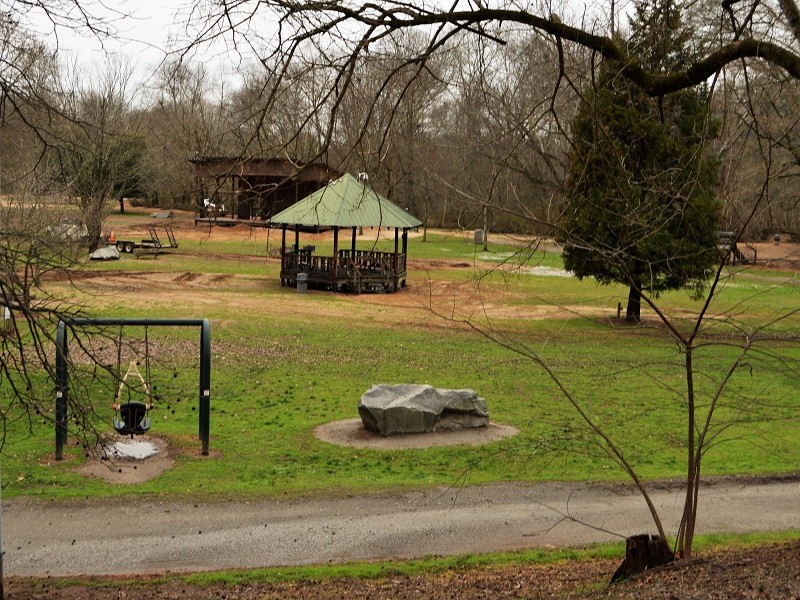 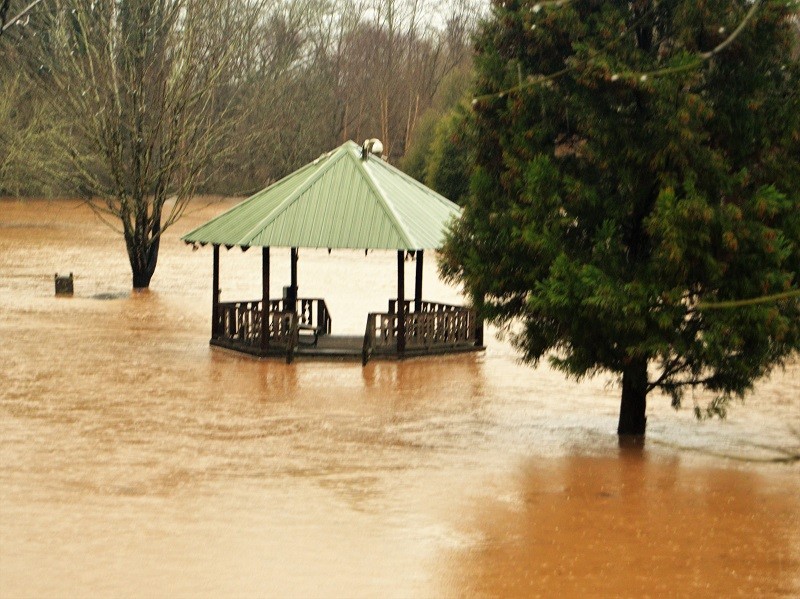 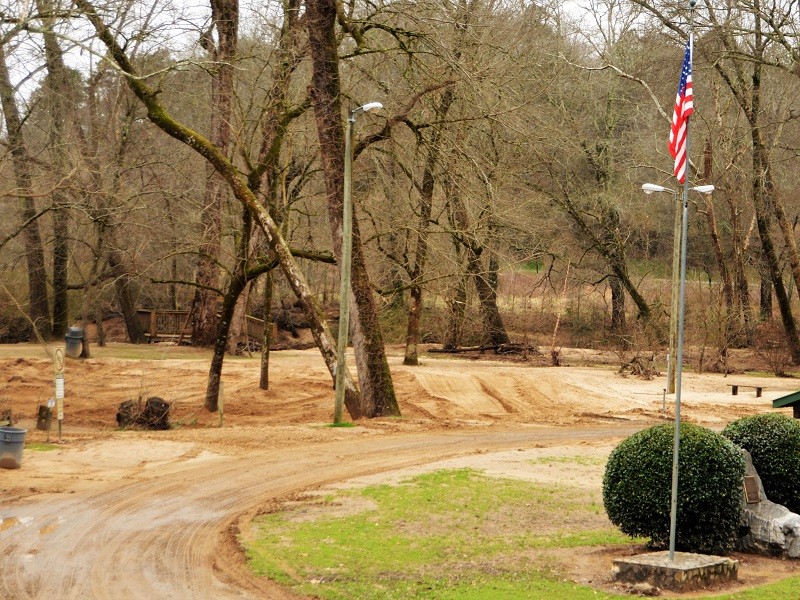 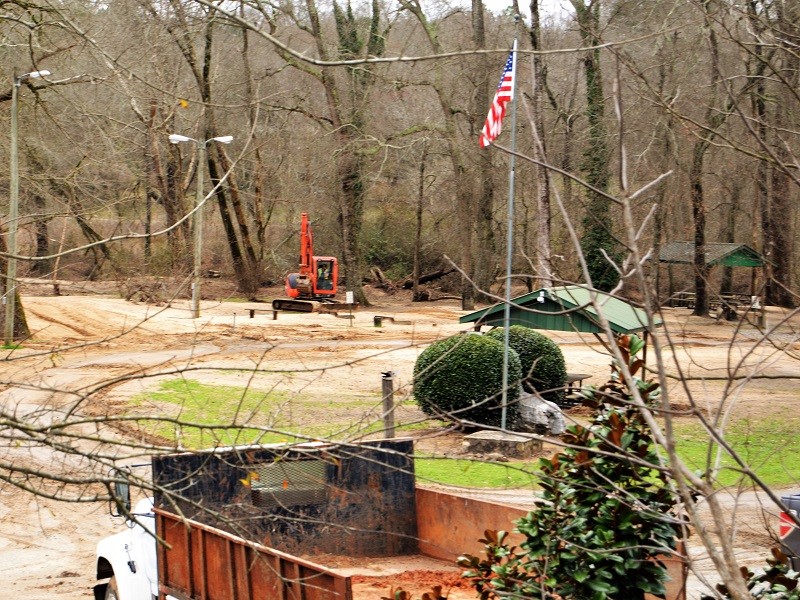 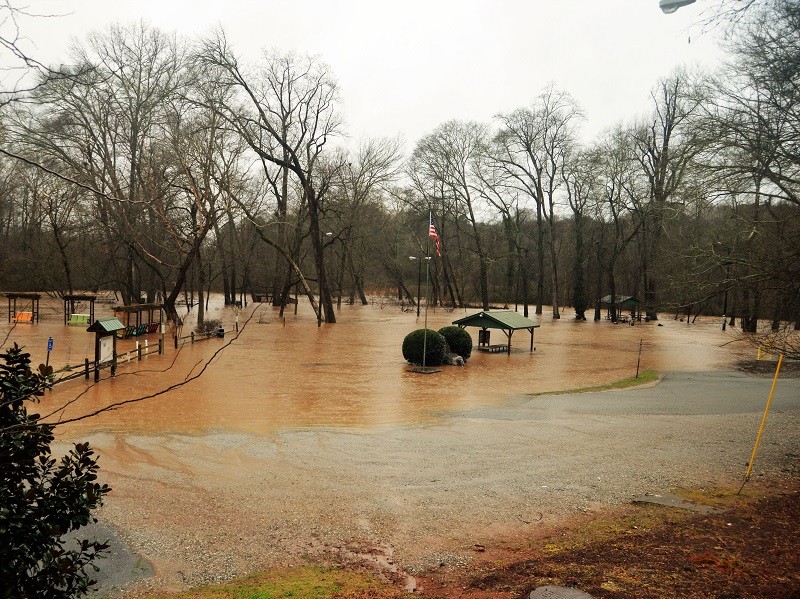 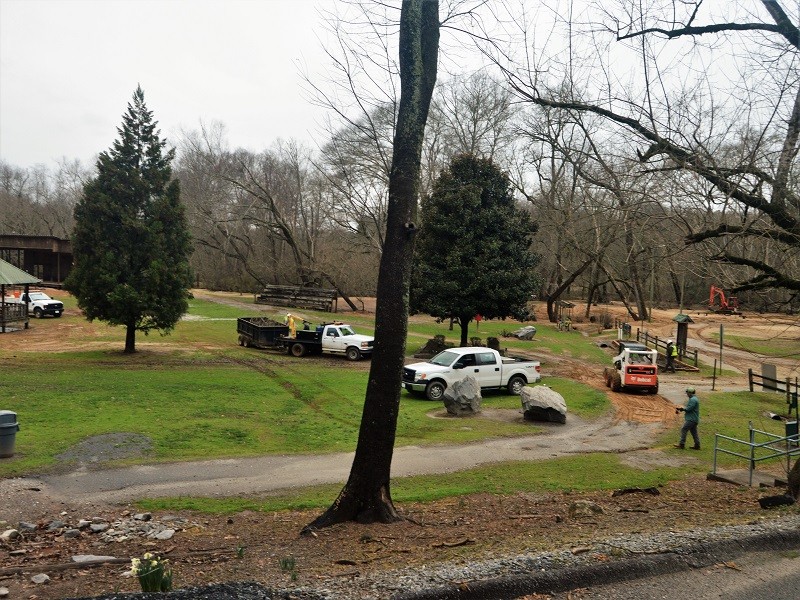 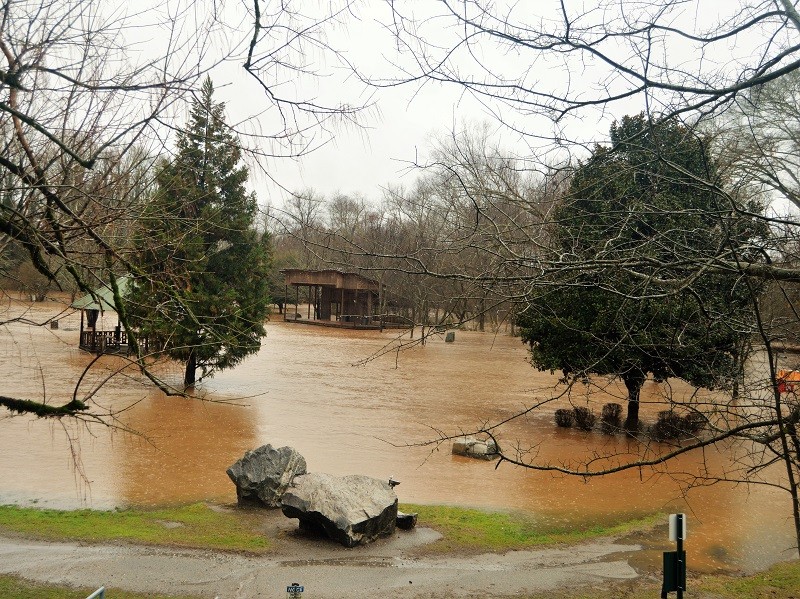 CLARKESVILLE – Two weeks after the waters of the rain swollen Soque River flooded Pitts Park in Clarkesville, city crews are preparing to reopen the facility to the public.

Crews spent the day in the park Wednesday, cleaning, clearing and prepping for a possible weekend opening.

“It’s kind of the same scenario as last year,” said Joe Deputy, project manager for ESG Operations Inc., the firm that oversees Clarkesville’s public works departments. “It brought in a lot of sand.”

Crews are taking a little different approach to the deposited sand than in some past years.

“Instead of trying to haul it all off, which is extremely time-consuming, we’re going to try to contour it and fill voids with it, and try to put some plans in place to do something more permanent than just the temporary fixes,” Deputy said.

Deputy said crews know more rain is in the forecast.

“We’re better off staying out in front of it,” Deputy said.

New swings that had been installed at the park a short time before the flooding were not damaged.

“Structurally, everything is fine,” Deputy said. “There’s a little bit of work to be done on the gazebo treads and rails, and the walkway onto the overlook on the river has been partially washed way, so we’ll be doing that the beginning of next week to get the boards replaced and make it safe.”

Crews spent some of Wednesday afternoon pressure washing the restrooms at the park. Other areas already had been cleaned.

“The playground equipment has already been disinfected, so all that stuff is a go,” Deputy said, adding the park is almost ready to reopen.

“I don’t see why we couldn’t open this weekend, provided that we get everything done that we need to [Thursday],” Deputy said.