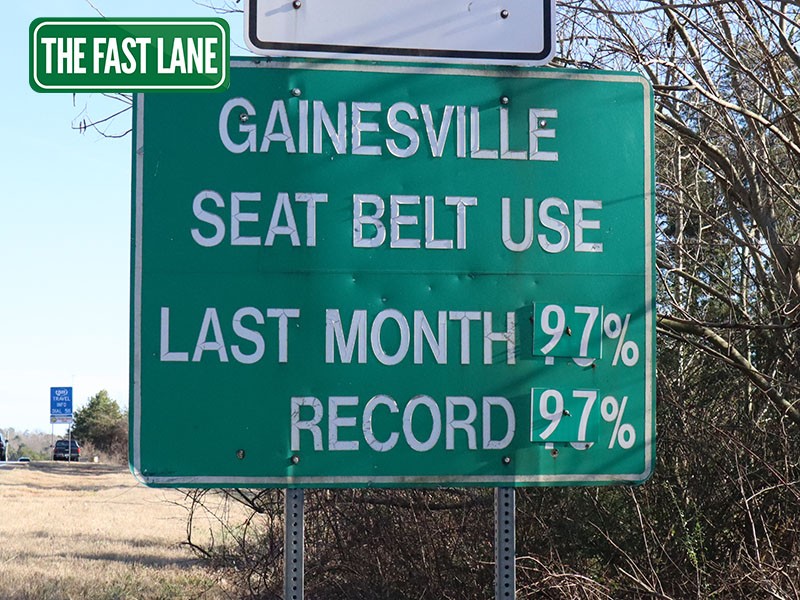 Law enforcement agencies across the country routinely find ways to encourage drivers to use their seat belt. The city of Gainesville is no exception.

Gainesville Master Police Officer Erik Ellis says it's a point of emphasis because proper seat belt usage is one of the best ways for a driver or passenger to avoid serious injury in a crash.

The good news is a large majority of drivers in Gainesville are buckling up. The Gainesville Police Department records monthly data on seat belt usage in the city and that data can be found displayed on signs on major entryways into the city like Dawsonville Highway and Thompson Bridge Road. The most recent data shows the usage rate is 97 percent, which is tied for the all-time monthly high.

"Each officer is assigned to a certain district and we sit at a place somewhere in that district where it's easy to observe cars," Ellis said.

Ellis says the signs have been in Gainesville for more than 20 years.

To hear more from Gainesville Master Police Officer Erik Ellis about safe seatbelt usage and the signs displayed around Gainesville, see the video above.