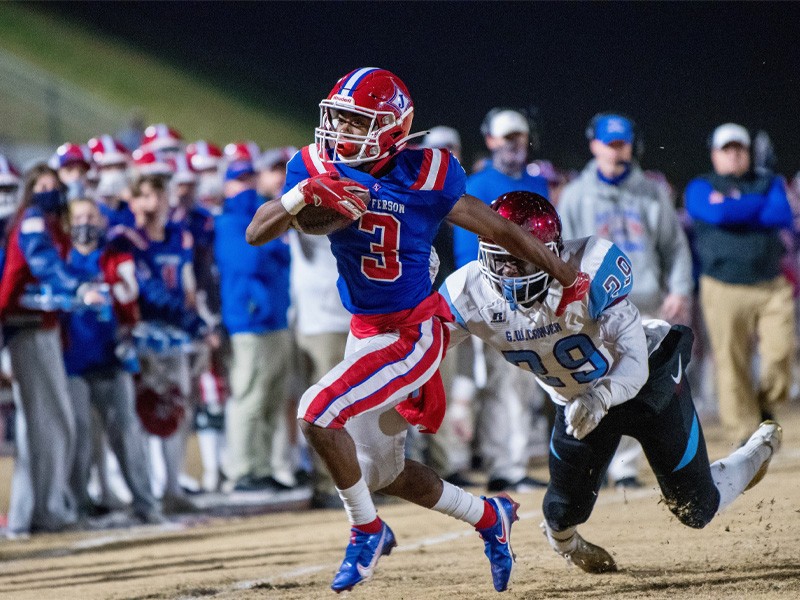 Buford, Jefferson, and Rabun County all moved into the state semifinals with impressive home wins Friday night in the quarterfinal round of the Georgia High School Association football playoffs.

The Wolves dominated Hughes in Class 6A, 44-15, at Tom Riden Stadium. Meanwhile, the Dragons held off a late Carver-Columbus rally for a 28-22 win at Memorial Stadium in Class 4A.

Rabun County advanced into its second-ever semifinal with a thrilling 27-24 overtime win over Bleckley County in Tiger. The Wildcats got a 1-yard touchdown run from Gunnar Stockton in the first extra period for the game-winner.

Commerce, however, pushed defending Class A Public state champion Irwin County to the final minute but fell 25-21 at home. The Tigers were stopped on downs inside the Indians 20 on the final drive of the game.

Buford will be at home next week against Valdosta while Jefferson will travel to Benedictine in Savannah. Rabun County will be on the road at Callaway next week as all three try to punch tickets to the state finals beginning on Dec. 28 at Georgia State Stadium.

CLASS 6A
Valdosta at Buford

CLASS 4A
Jefferson at Benedictine

CLASS 2A
Rabun County at Callaway