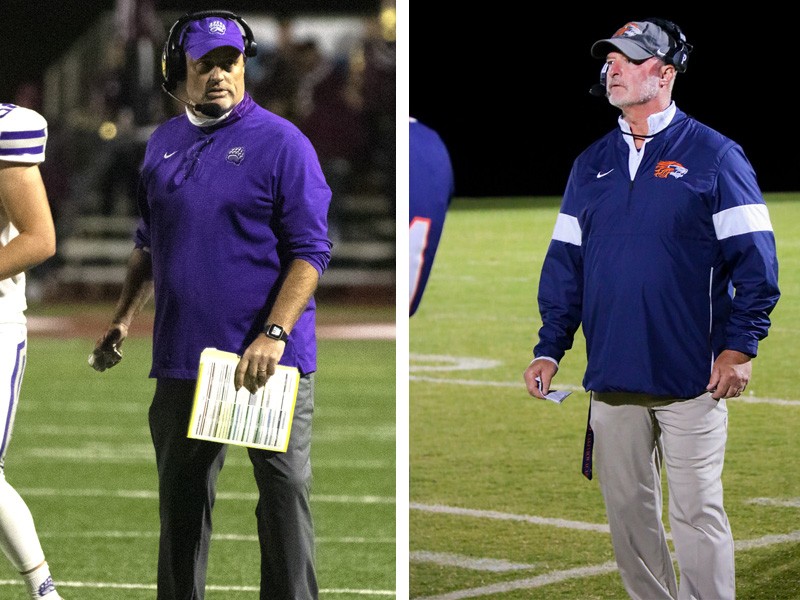 Lee Shaw and Tommy Jones have been around the block a time or two. There isn’t much they haven’t seen or experienced in their 38 combined years of coaching.

The two long-time coaches, however, will get to be a part of history together this weekend when both will lead their current teams into the playoffs for the first time.

For Shaw, now at Lakeview Academy, it will be the second time he has gotten to experience the unique opportunity after guiding Flowery Branch to its first-ever postseason in its fourth season (2005).

For Jones, now at Cherokee Bluff, it will be his first chance to lead a program into its first-ever postseason in just the Bears’ third season.

As they say, there is nothing like the first time for anything. Or maybe the second.

“I’ve been fortunate to be able to experience this once before and it’s special for the kids and the program,” Shaw said. “At this point in my career, watching this senior class reach goals is what gets me excited as a coach. They’ve never experienced this before and that makes things fun.”

“We have a lot of our guys that have been here since Day 1. To see this happen for them, especially the seniors, is really special. It will be one of the highlights of my career to be able to experience this with them,” Jones said. “From where we started and all the adversity that goes with building a program from the ground up, it’s really a big accomplishment to be here in just our third season.”

The Bears (9-1) captured their first region title two weeks ago with a 41-24 win over North Hall after shaking off an 0-10 2018 campaign. It was just the 21st time that a program has won a region title within its first three seasons in Georgia High School Association history going back to 1948 (information provided by Georgia High School Football Daily).

The Lions (5-3) have had a remarkable turnaround in just Shaw’s first season. They completed their first-ever winning record while playing a region schedule. The five wins are the most since they won six in 2012 in a non-region year.

Lakeview Academy, the No. 3 seed from Region 6-A Private, will open the playoffs on the road in Acworth against North Cobb Christian on Friday night. The Lions have never lost to the Eagles in four all-time meetings but none have ever been as big as this one.

Shaw said he had just one major piece of advice for his group, and any group making its first playoff appearance.

“Just go play ball and don’t make it bigger than it is,” Shaw said. “Too many times teams, especially an inexperienced one, will put too much pressure on themselves when they get here. You have to play with a sense of urgency for sure, but you can't try to do things you haven't done before.

“You have to experience the playoffs to know what it’s really about. But the main thing is to just do what you’ve been doing and try to remember that it’s the same game you’ve been playing so do what got you here.”

The Region 7-3A champion Bears come into the Class 3A playoffs trying to regroup after a rough 48-7 loss to White County last week in their regular-season finale. It was not the kind of momentum any team wants heading into the playoffs. However, Jones said that could help as a wake-up call to his group that it’s time to step it up.

They will play host to Region 6-3A No. 4 seed LaFayette on Friday night at Bears Stadium.

“A loss can defeat you or it can help you realize that there is work to do,” Jones said. “How you handle adversity is always a key in sports. Most of our roster has been here the entire three years and they’ve experienced a lot of adversity. We have had a great (week) of practice and I think after that game they understand what needs to be done.”

But unlike the Lions, who will be considered an underdog in their first playoff foray, the Bears are being looked at as a favorite to win their first-ever playoff game.

“Whether you’re a one (1) seed or a four (4) seed the approach in the playoffs is always the same,” Jones said. “Expectations, fundamentals, and preparation. That has been our focus since Day 1 of starting the program and that won’t change.

“When you’re in the playoffs it’s impossible to completely gauge the seeds and the regions. LaFayette is a lot like White County in that they’re explosive and probably a lot better than a No. 4 seed.”

For both Shaw and Jones, no matter what happens on Friday night, they understand that program-building is more than just one game or one win.

“These guys are laying the foundation for future teams,” Shaw said. “It feels great to be able to experience this with them, especially the seniors, after all they’ve been through in their careers so far. Obviously, we want to get a win and keep moving on. But what the kids learn through this will be invaluable next year and the year after that as we continue to build this thing.”

“The opportunity to practice during Thanksgiving week is a big milestone for this program,” Jones said. “You want to kind of soak it in for the experience. But we also want to balance that excitement knowing that we have a chance to continue this ride.

“Seeing the kids get to experience this after all the work they have put in makes it all worthwhile as a coach.”