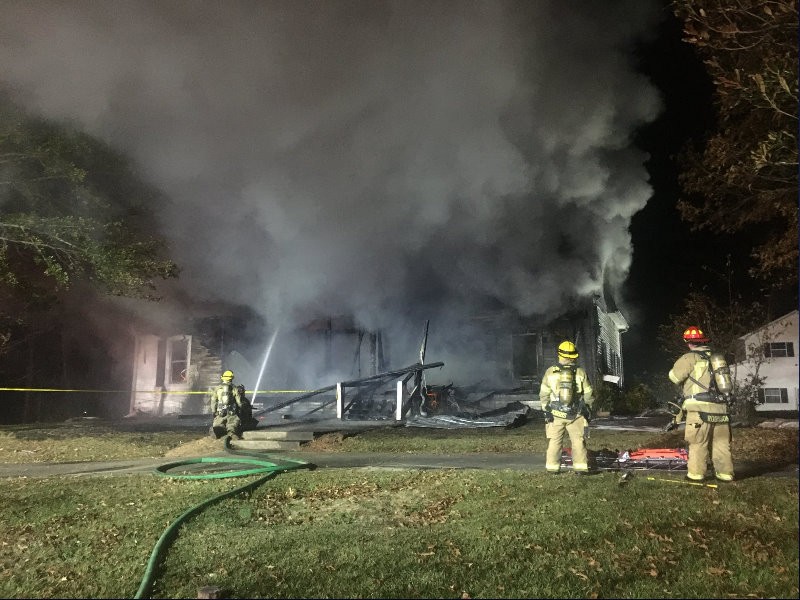 No one was injured in a Buford house fire early Saturday morning, according to Lt. Justin Wilson with Gwinnett County Fire and Emergency Services.

Firefighters responded to a neighbor's call at 4:20 a.m., reporting a house fire in the 900 block of W Shadburn Avenue NE. Gwinnett County Police arrived at the house first and confirmed the home was well involved in fire.

When crews arrived, there was heavy fire consuming the front of the single-story residence.

As the firefighters worked to put out the fire and search for victims, family members arrived on the scene and informed them that no one was inside.

Firefighters did find a cat inside the home but attempts to revive the cat with a pet oxygen mask were unsuccessful.

After approximately two hours, the thirty firefighters were able to control the flames. The home is considered a total loss after sustaining heavy fire damage, including partial collapse of the floor and ceilings.

According to the homeowners, a family member does live at the residence but was not home at the time of the fire.

The fire started on the front porch and was ruled accidental due to the improper disposal of smoking materials, according to the fire investigator.