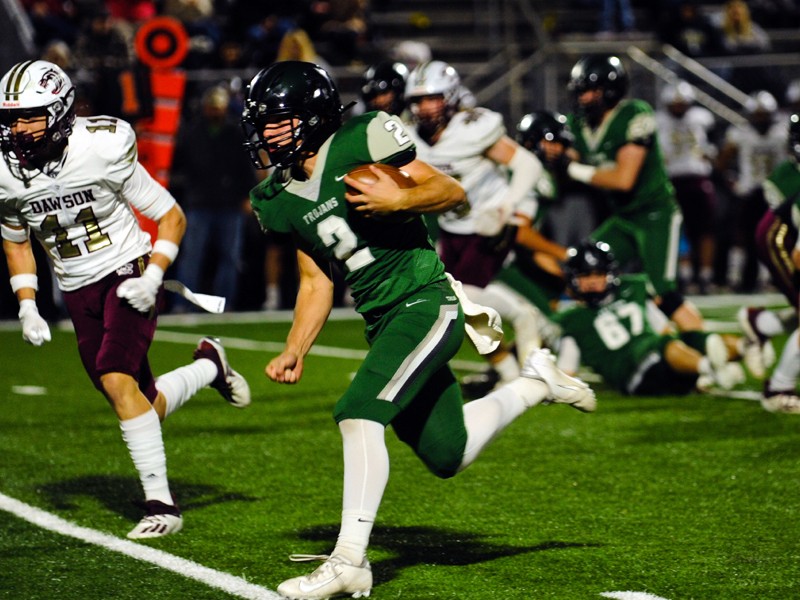 GAINESVILLE — Playing with a skeleton roster because of COVID-19 quarantines, North Hall was behind the 8-ball. But you never count North Hall out.

The win secured a first-round home playoff game at The Brickyard next Friday and will play host to North Murray, Region 6-3A No. 3 seed. Dawson County will travel to Region 6-3A No. 2 seed Adairsville.

North Hall controlled the pace and tempo from the get-go, going up on the Tigers 20-0  early in the second quarter. The Tigers' response was not good enough. And their defense was gashed by North Hall’s three-headed monster.

Clark Howell ripped off 145 yards on 20 carries and three touchdowns, while Bradford Puryear rushed 14 times for 107 yards and a score, and Kevin Rochester had 92 yards on eight carries and a touchdown.

It was a typical day at the office for the trio.

The Tigers, on the other hand, struggled to find the end zone but had plenty of offense at the end of the night.

Junior quarterback Zach Holtzclaw was 31 of 46 for 376 yards and two scores. He also rushed for another one, a 3-yard run late in the fourth quarter.

Jaden Gibson and Tyler Lane were his top-two targets. Gibson hauled in 13 passes for 118 yards and a touchdown, while Lane grabbed nine passes for 89 yards and a score.

The Trojans scored 14 in the first quarter -- a Howell one-yard run, and Rochester 31-yard rush -- to take a 14-0 lead. Howell added his second score with 7:37 left in the second quarter leaving the Trojans up 20-0.

Holtzclaw broke the goose egg on the scoreboard with a 22-yard pass to Gibson for the Tigers' first score of the game with 56 seconds left in the half. Caleb Bonesteel's extra point closed the gap to 20-7.

But the Trojans kept grinding, adding a 13-yard Howell score with 6:47 left in the third. Dawson answered three minutes later on a 32-yard Holtzclaw pass to Lane with 3:55 to go. North Hall led 27-14.