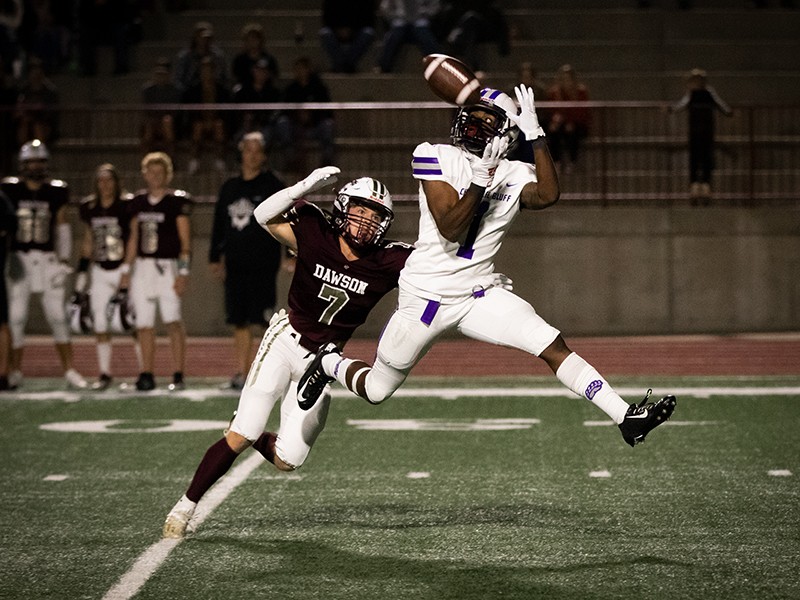 Cherokee Bluff's Shad Dabney hauls in a pass in a 28-27 win over Dawson County on Friday at Tiger Stadium.
Photo/Seth Chapman 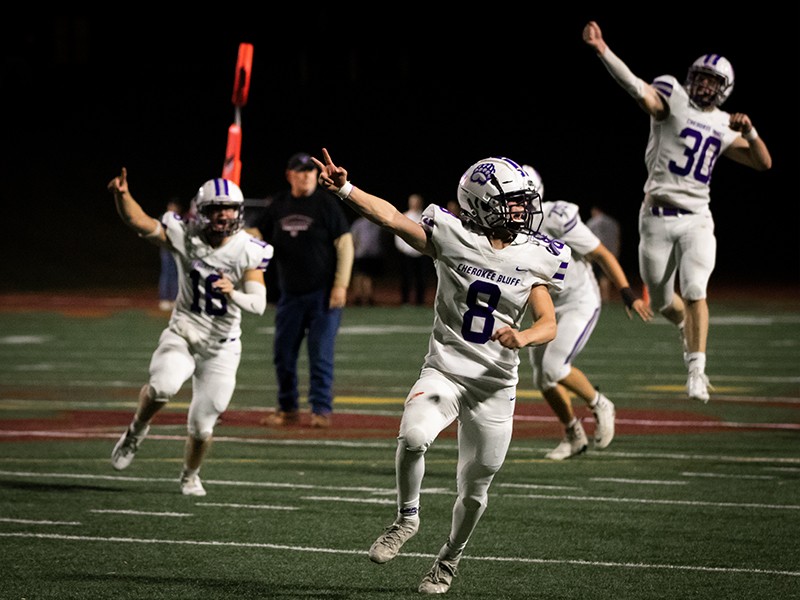 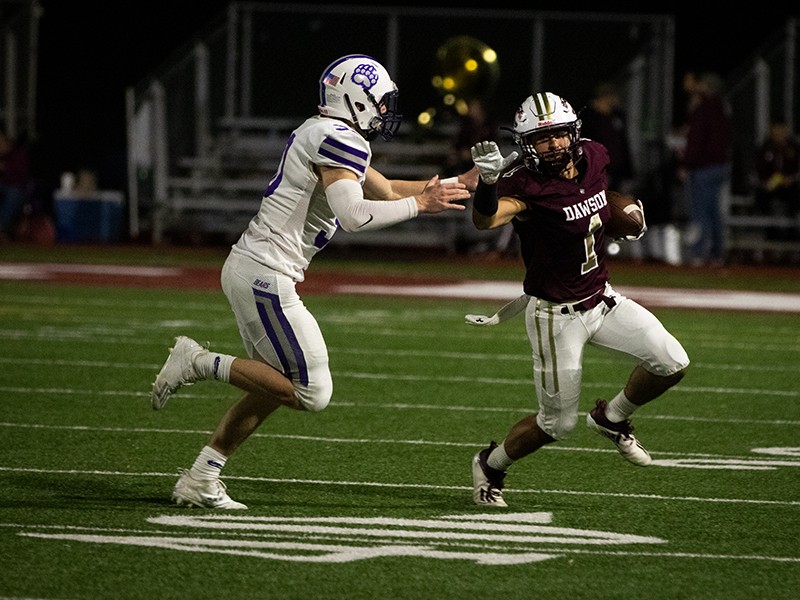 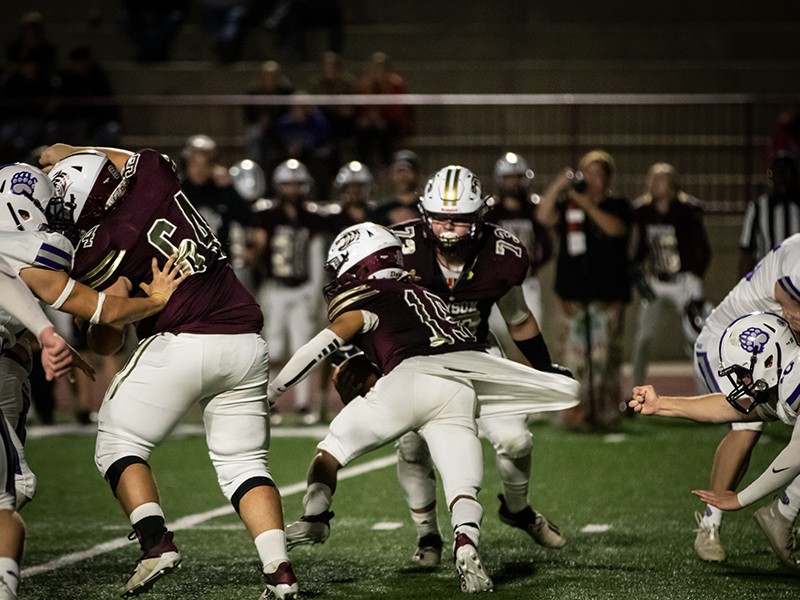 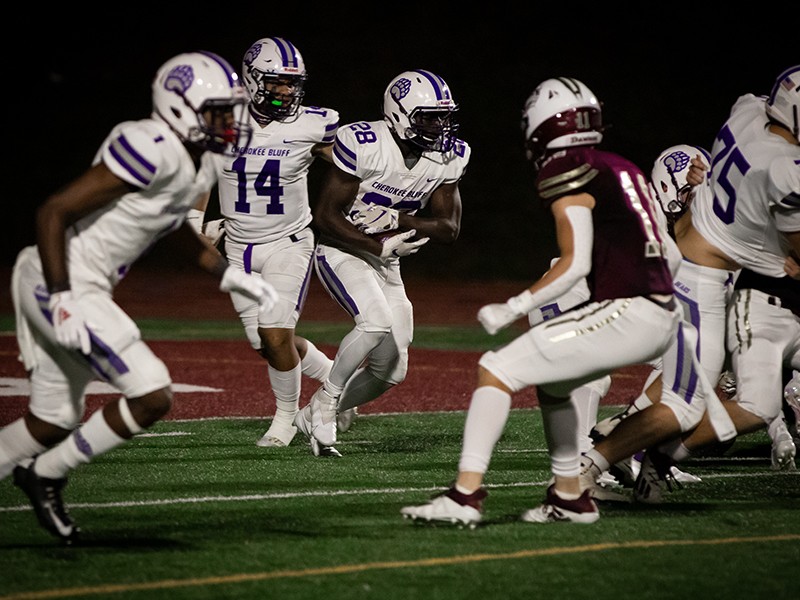 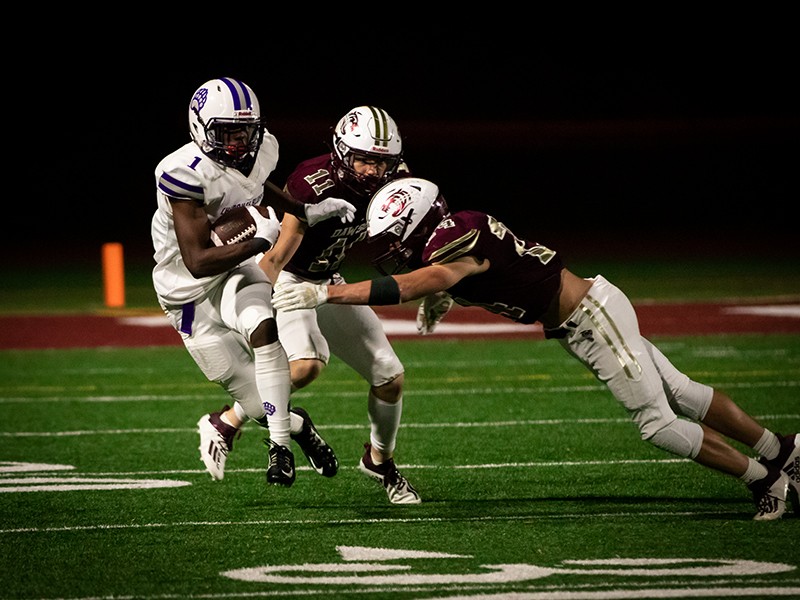 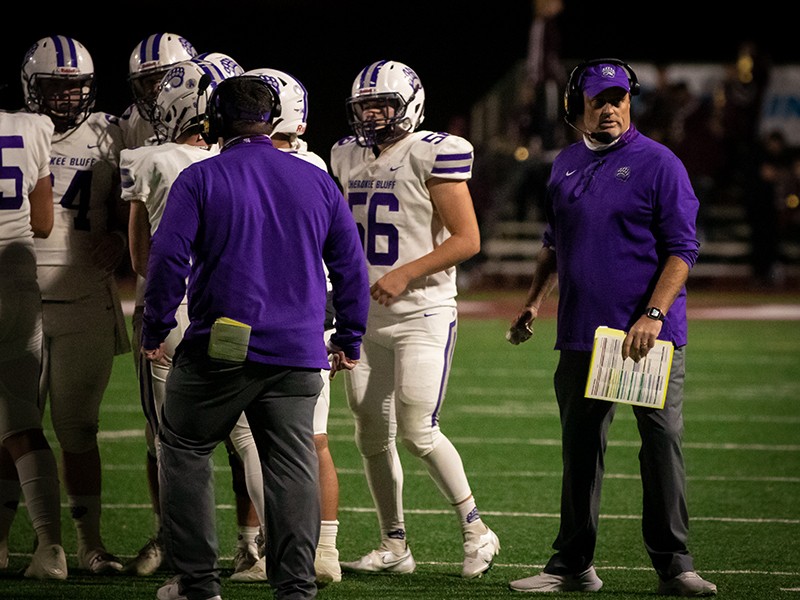 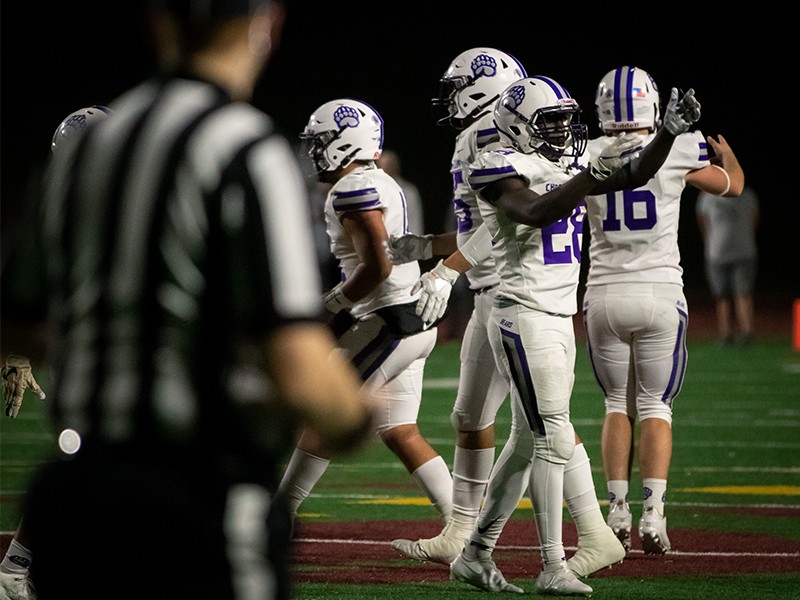 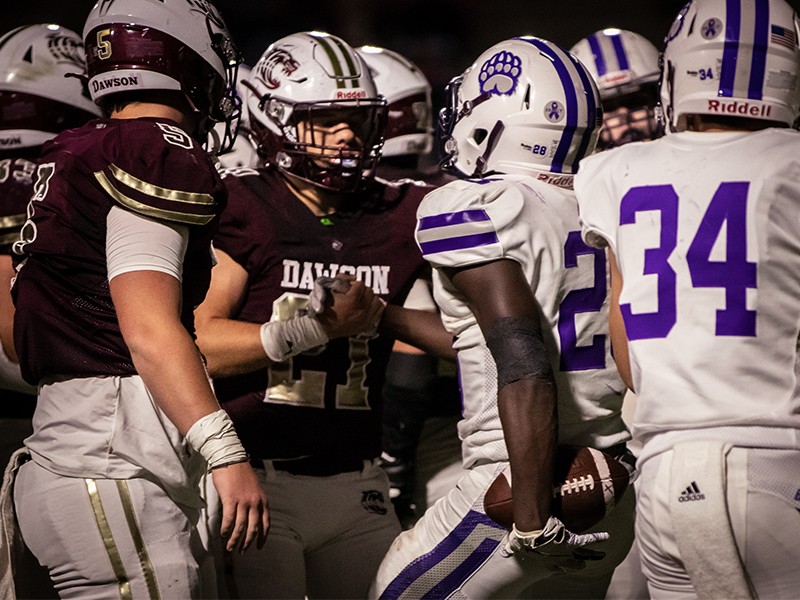 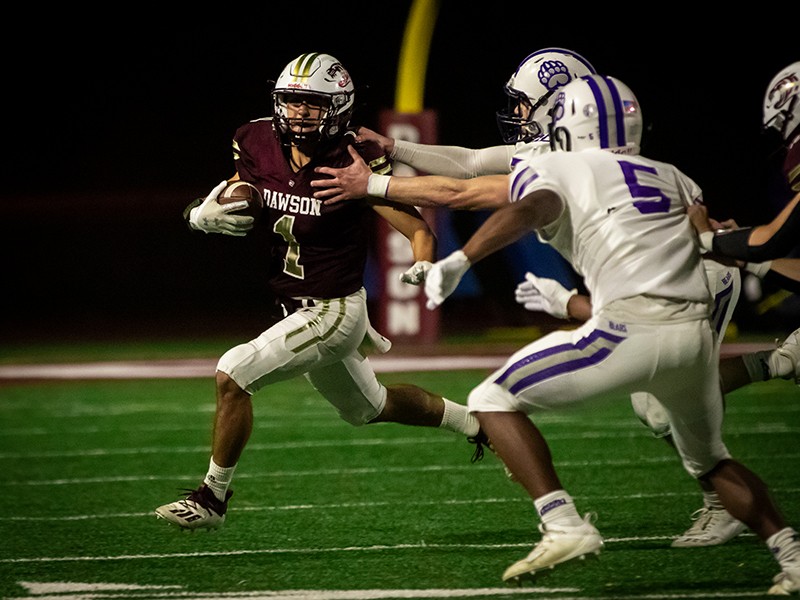 DAWSONVILLE — Cherokee Bluff’s Eric Gohman made the biggest play of the night.

"It was a great high school football game," Cherokee Bluff coach Tommy Jones said on the Hardy Chevy Scoreboard Show. "I looked over at one of our coaches and said this is why you do this -- this is a lot of fun."

Jayquan Smith was the offensive star of the night as he churned 316 yards on the ground and all four of Cherokee Bluff’s touchdowns, including an 82 and 79-yard score.

"He really played well," Jones said. "I thought he ran hard. He has the ability to lengthen runs and once he has a little space, he has the speed to take it the distance. He is one of the best kids I've ever coached. He works hard and does things the right way on and off the field. Just really happy for that guy."

Dawson had the early momentum as linebacker Kade Moledor picked off Bluff's Sebastian Irons for a 22-yard return for the first score of the game, 7-0.

The Tigers continued the early dominance, taking their second possession down for a Caleb Bonesteel field goal, but a roughing the kicker penalty gave the Tigers a second chance for seven points instead of three. Two plays later, Zach Holtzclaw (10 of 17, 181 yards passing, 6-22 yards rushing) attempted a dive from the one-yard line but fumbled the ball into the endzone to the Bears.

That lead was short-lived as Dawson’s Isaiah Grindle (15-118 yards rushing) took the ensuing kickoff 86 yards to put the Tigers back in front, 14-7, on the final play of the first quarter.

The Bears, however, converted a missed 50-yard Dawson field goal attempt into an 82-yard Smith score to tie the game again, 14-14, with 5:05 remaining in the first half.

In the final minutes of the half, Bluff would be successfully denying Dawson in the red zone, forcing a pair of Tiger field goals from Bonesteel.  The first, a 20-yarder, with 5:05 remaining in the half, the second, a 28-yarder, as time expired to give Dawson the 20-14 halftime lead.

Bluff would capture their first lead of the night when Smith finished off a 94-yard drive with his third score of the night.

The Dawson County offense would finally get in the endzone for the only time on the night on the next drive as a Grindle 64-yard run set up a 14-yard Conley Dyer score with 4:02 remaining in the third quarter.

Cherokee Bluff would rally again with a 79-yard Smith scamper for the go-ahead with 10:03 remaining in the game. Dawson looked to answer with a drive that stalled forcing the final field goal attempt that was blocked.