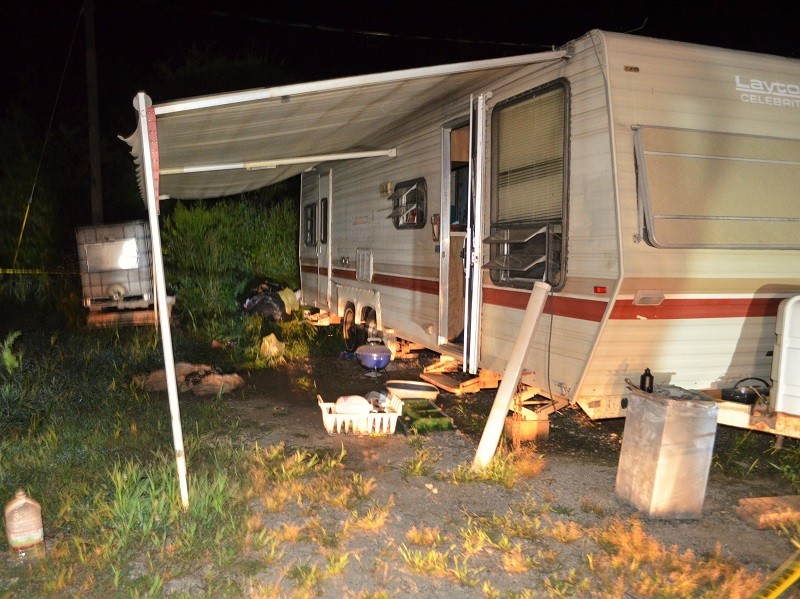 Investigators hope someone can provide information about a camper fire that resulted in burns to two people in Rabun Gap on Sept. 4.
Contact Editor

State officials hope the public can provide information about the fire that seriously injured two people in Rabun Gap on Sept. 4.

The fire occurred about 8:10 p.m. at a camper in northern Rabun County.

“This camper was parked at 4336 Hwy. 441 North in Rabun Gap, when the fire occurred,” said Safety Fire Commissioner John F. King in a statement. “Two individuals were inside at the time and were flown to Grady Memorial, where they are still being treated for their injuries. The cause of the fire is still under investigation.”

King said it is important for anyone with information to contact officials as soon as possible.

“The fire has not been ruled arson, but it is very important that anyone with knowledge about this fire call the Arson Hotline at 1‐800‐282‐5804,” King said. “If this fire was intentionally set and you have information on the person responsible, it is essential that you contact our Arson Hotline before any others are hurt by the perpetrator(s).”

Rewards are offered of up to $10,000 for information that leads to the arrest and conviction of an arsonist. Calls are taken 24 hours a day and callers can choose to remain anonymous.