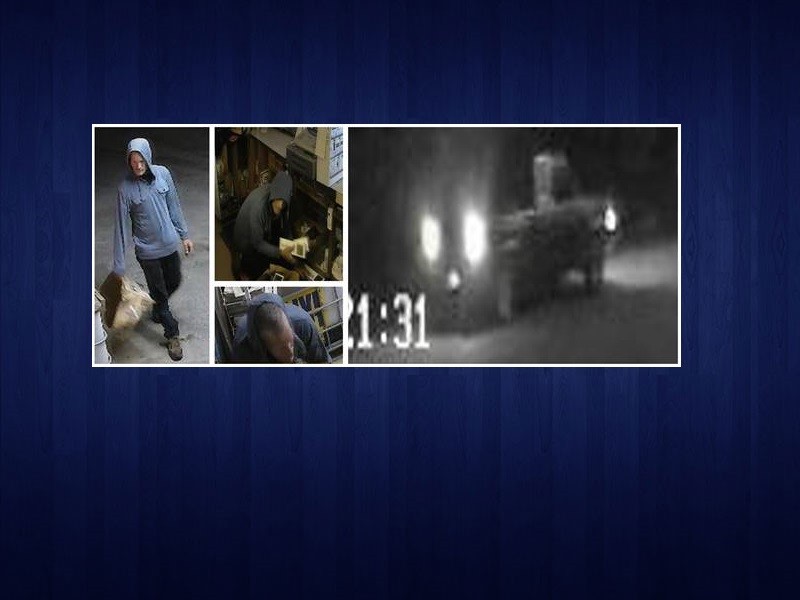 Gwinnett County detectives are searching for the suspect caught on camera burglarizing Nalley's II tackle and convenience store in Buford and a vehicle used in connection to the crime.

According to a press release from the Gwinnett County Police Department, an older model Ford Ranger truck driven by an unknown person dropped off the suspect at Nalley's II on Shadburn Ferry Road in Buford around 3 a.m. on Sunday, August 18.

The suspect entered the store using a rock to break a glass door while the driver of the truck circled the area. The driver appeared to be the look-out during the time of the crime, Michele Pihera, the corporal public information officer with the Gwinnett County Police Department said in the press release.

Once inside, the suspect stole cash and cigarettes. The suspect then left the store and got back into the Ford Ranger. The driver of the truck and the suspect fled the scene.

The burglar suspect is described as a tall white male with a thin build. He appeared to have short hair with a receding hairline. He was seen wearing a gray hooded sweatshirt, black pants and boots.

The vehicle is a Ford Ranger pick-up truck with an extended cab. The side rear window appeared to be broken and covered with plastic or cardboard.

If anyone has any information to share in the case that could lead to an arrest, contact GCPD detectives at 770-513-5300.