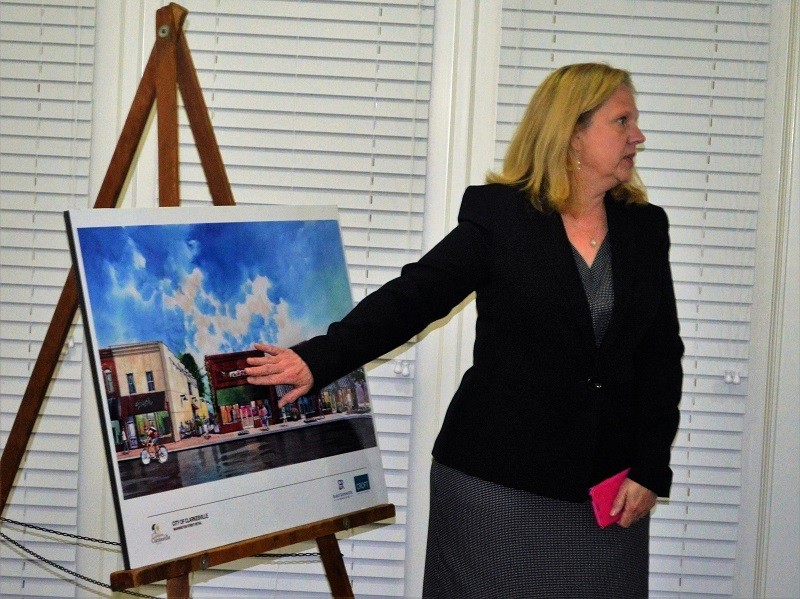 During one of the darkest times in recent Clarkesville history, City Manager Barbara Kesler points to a concept plan for the rebuilding of the east side of the Clarkesville square after a 2014 ravaged it.
File/Rob Moore
Contact Editor

The City of Clarkesville has accepted the resignation of City Manager Barbara Kesler, effective Aug. 16.

Kesler plans to spend more time with her extended family and assist her husband with his business in Toccoa.

During Kesler’s administration in Clarkesville, some of the accomplishments include:

Another of Kesler’s notable accomplishments is successful management of city services and staff retention, during 10 years when the city tax digest decreased by 24% without any staff layoffs, furlough days or reduced benefit contributions, according to Aycock.

In a statement, Kesler expressed appreciation to her co-workers “whose commitment to excellence and betterment of the city is to be commended. They have overcome many circumstances where resources were slim, and challenges were great. They are the most outstanding people with whom I have ever had the privilege to work.”